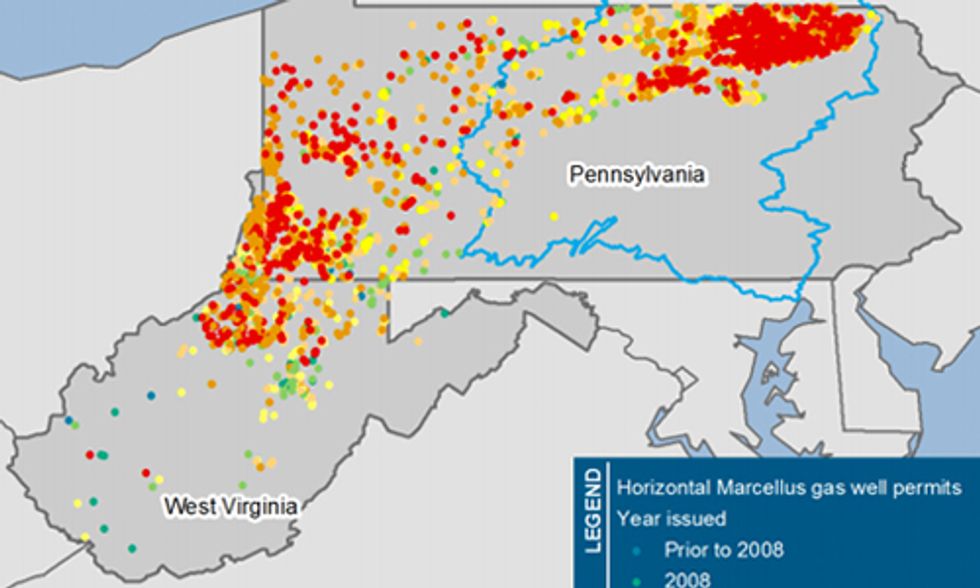 A new report released today reveals the impacts of Marcellus Shale gas development on freshwater resources in Pennsylvania and West Virginia. The report, Water Resource Reporting and Water Footprint from Marcellus Shale Development in West Virginia and Pennsylvania, provides the most recent and comprehensive investigation of water used and waste generated by fracking operations in the two states.

“Water use and contamination are among the most pressing and controversial aspects of shale gas and oil development,” says Evan Hansen of Downstream Strategies. “Industry and policymakers must heed this information to prevent water and waste problems from escalating.”

The report—based on state and industry data—finds that the volumes of water and waste are a cause for concern, and inadequate industry reporting requirements leave the true extent of the problem unknown, according to a press release. The fracking boom has put a major strain on water resources all over the U.S.

“Our analysis of available data and identification of missing data indicates that, even with new reporting requirements, we still don’t know the full scale of impacts on water resources,” says Dustin Mulvaney of San Jose University. “States should require operators to track and report water and waste at every step, from well pad construction to fracturing to disposal.”

“It is clear from this report that fracking uses and will continue to use considerable water resources, despite industry claims to the contrary,” says Bruce Baizel director of Earthworks’ energy program. “This means we need stronger public oversight of fracking, and also a more robust debate on how much water we are willing to part with for the sake of fracking.”