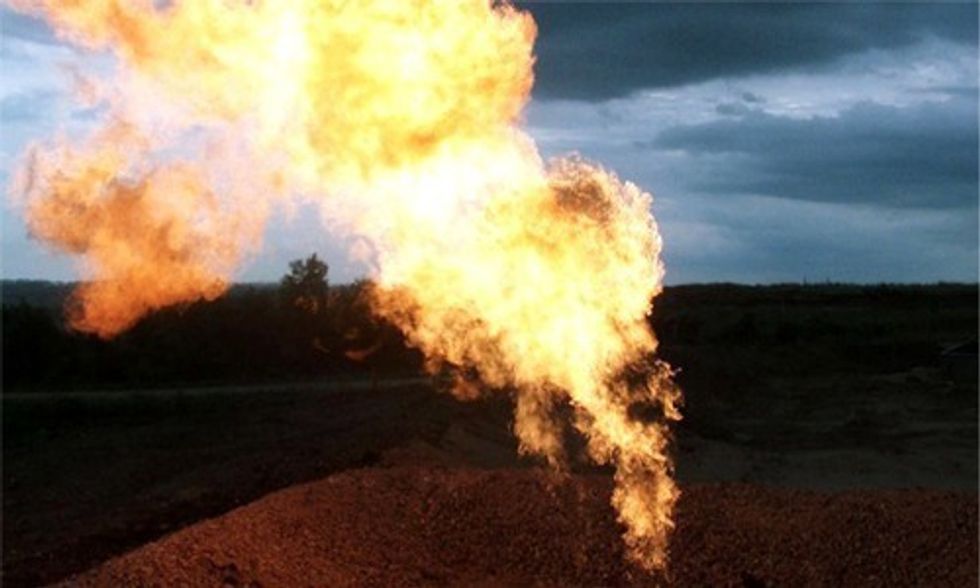 A new, peer-reviewed report from Friends of the Earth brings to light one of Big Oil’s most overlooked subsidies: royalty-free flaring on public and tribal lands.

“Royalty-free flaring is both a dangerous addition to climate disruption and a de facto subsidy for the oil industry,” said Lukas Ross, climate and energy campaigner at Friends of the Earth. “For over a century Big Oil has been subsidized to the hilt with everything from tax breaks to royalty free-leasing. To that list we can now add natural gas flaring—and it has to stop.”

Focusing on the national epicenter of the flaring boom in North Dakota’s Bakken shale, the report, “A Flaring Shame: North Dakota & the hidden fracking subsidy,” uses data directly from Bureau of Land Management to reveal the exact amount of gas wasted by individual companies.

“As the Obama administration prepares new rules to tackle venting and flaring, it has the opportunity to end this subsidy for good,” said Ross. “For the sake of taxpayers and the climate, this loophole must be closed.”

The original data provided by the BLM is available here.

Faith Leaders Speak Out Against Fracking Amid Pope Francis’ Visit to U.S.