Tribes Halt Major Copper Mine on Ancestral Lands in Arizona 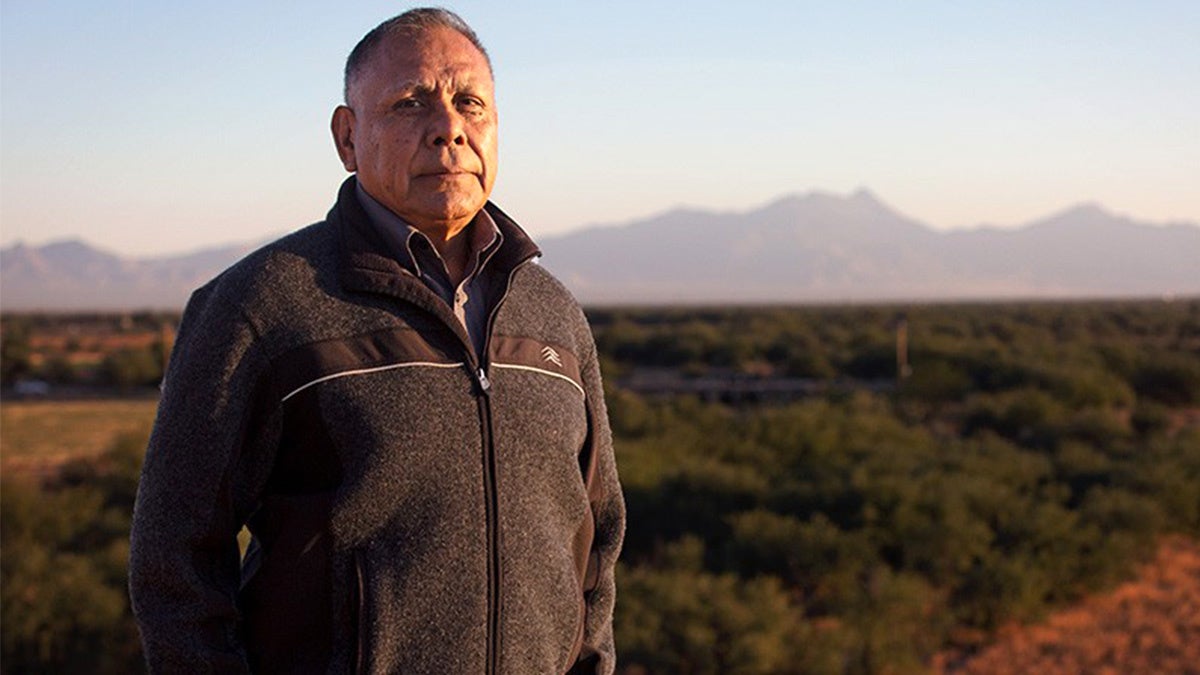 Austin Nuñez is Chairman of the Tohono O'odham Nation, which joined with the Hopi and Pascua Yaqui Tribes to fight a proposed open-pit copper mine on sacred sites in Arizona. Mamta Popat

Rising above the Arizona desert, the Santa Rita Mountains cradle 10,000 years of Indigenous history. The Tohono O’odham Nation, Pascua Yaqui Tribe, and Hopi Tribe, among numerous other tribes, have worshipped, foraged, hunted and laid their ancestors to rest in the mountains for generations.

Represented by Earthjustice, the Tohono O’odham fought Hudbay’s ill-conceived mine in court, joined by the Hopi and Pascua Yaqui tribes. This summer, a judge ruled in favor of the three tribes, halting the mine in its tracks and directing the Forest Service to protect these public lands from the devastating impacts of the mine.

“Our relationship to the land is first and foremost,” said Austin G. Nuñez, chairman of the Tohono O’odham Nation’s San Xavier District in Tucson. “When our Hohokam ancestors’ laid their loved ones in their final resting place, they never envisioned having them disturbed. We make every effort to not disturb them. We still feel their spirits today.” 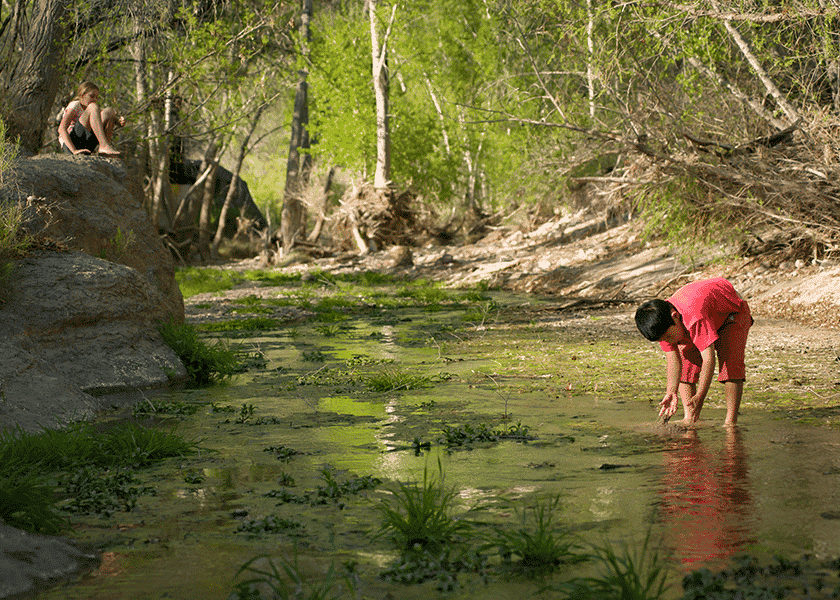 The proposed Rosemont Mine threatened Cienega Creek, where these children are playing. Thomas Wiewandt

Tohono O’odham families gather at the sacred sites to reinforce their connection to the desert that has sheltered them for generations. During these gatherings, tribal members will collect yucca, acorns, wild onion, plants for medicinal purposes, or bear grass for basket making.

“When our children were younger, we’d take them to the proposed Rosemont site and the desert to be with nature,” said Nuñez. He laughs, remembering the calming effect of the environment. “It’s amazing. When they were out there, the children wouldn’t fight. They’d enjoy it. It’s so peaceful.”

The Santa Rita Mountains are one of Arizona’s most biodiverse regions, with flora and fauna endemic to the Southwest. Undulating mountain ranges, part of the Sky Islands, frame a desert floor spotted with spiky yucca plants. The Santa Ritas are home to several endangered species, including the jaguar and southwestern willow flycatcher.

Critical to this desert ecosystem are freshwater streams, which nourish the land like capillaries through a body. The streams were the lifeblood of the Tohono O’odham’s ancestors, and are considered holy by the tribe — making Hudbay’s plans to pollute them with heavy metals and deplete the water table especially devastating.

The only way Hudbay could get away with creating a colossal mine on public lands was by an industry sleight-of-hand using an antiquated mining law.

The Mining Law of 1872 grants companies a right to use public lands on mining claims — if the land is discovered to contain a valuable mineral deposit. Hudbay filed patented claims overlying the proposed mine pit, which contained valuable minerals, including copper. They also filed hundreds of unpatented claims on adjacent lands with no mining value, where they intended to dump over a billion tons of toxic waste rock and tailings. The Forest Service acquiesced to this land grab, assuming Hudbay had a right to these unpatented claims without bothering to check whether Hudbay had discovered the requisite valuable mineral deposit on those claims.

This is a common abuse of the Mining Law, especially for gigantic open-pit mines like Rosemont. As mining companies began building massive industrial-scale operations in the 20th century, they twisted the law to fit their need for thousands of acres of additional public lands for waste dumps. The Forest Service has simply turned a blind eye on these baseless rights, letting companies run roughshod over our public lands.

In 2017, the Tohono O’odham turned to Earthjustice for help, after being sidelined by the Forest Service during the mine’s development. Through this partnership, the tribe imparted the deep importance of the Santa Ritas to attorney Stu Gillespie.

“One of the most fulfilling parts of this case was sharing food with the Tohono O’odham leaders, [and] understanding their cultural ways of life and how important the sacred springs are,” said Gillespie. People of all backgrounds can relate to the importance of preserving burial grounds, he noted, adding, “We wouldn’t want someone building a mine in Arlington Cemetery.”

The case moved slowly in the courts, but the company was moving quickly to start excavation. As Hudbay brazenly challenged the tribes by bringing machinery to the mine site, Gillespie could see that he needed to take the bold step of seeking a preliminary injunction to stop any digging from starting. Preliminary injunctions often aren’t granted, because they’re an exceptional remedy of last resort and parties must prove that they face immediate irreparable harm.

Adding to the urgency, Hudbay planned to hastily clear all of the lands that are burial grounds for the Tohono O’odham Nation’s ancestors – the Hohokam. In the 1980s, another company prepared to mine the same site and encountered the burial grounds. The Anamax Mining Company soon went bankrupt and abandoned the site, leaving graves and the ancient village grounds open to the elements. Some of the tribes’ ancestral remains were shipped to the University of Arizona, where they were warehoused for thirty years while the tribes fought to repatriate them. They were only returned to the Tohono O’odham Nation several years ago. The tribes were adamant about preventing a repeat of history. 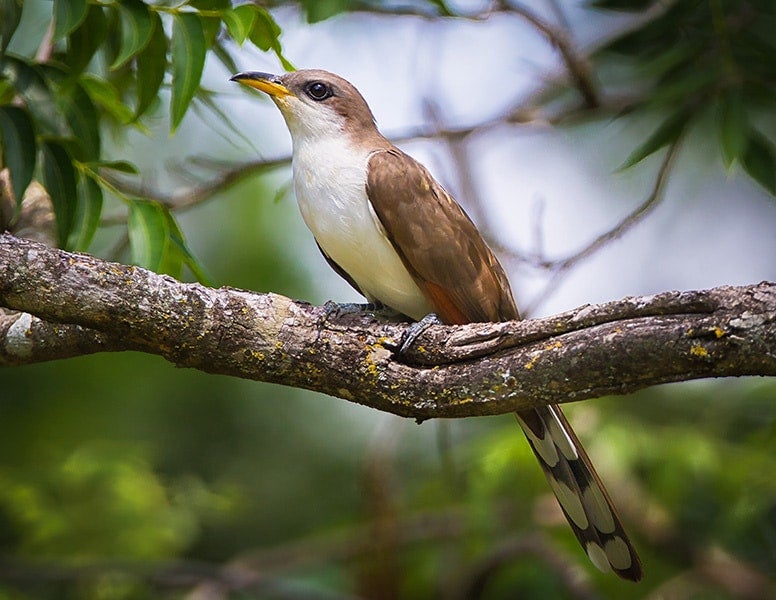 Yellow-billed cuckoos are declining in number, but Cienega Creek provides a safe haven for them. Steve Baranoff

Instead of granting a preliminary injunction, the judge went a step further and definitively ruled on the merits of the tribes’ case itself. The Court held that the Forest Service made a “crucial error” by assuming Hudbay had a right to use public lands without any evidence of a valuable mineral deposit, and that this error “tainted the Forest Service’s evaluation of the Rosemont Mine from the start.” With this argument, he prevented any mining activities from going forward, and called out the Forest Service for abdicating its duty to protect our public lands.

The judge in the case “identified the fatal flaw in the Forest Service’s reasoning,” said Gillespie. “He laid out an unbroken line of Supreme Court decisions, saying, ‘No, you don’t have rights under the Mining Law to pollute this land under billions of tons of waste rock, without evidence of valuable minerals.'”

The Santa Rita mountains loom over the desert in southern Arizona. Frank Walsh / Save the Scenic Santa Ritas

The judge’s ruling could set a precedent among similar mining claims that abuse the Mining Law. By clearly identifying the Forest Service’s obligation to regulate unpatented mining claims, this victory could make it harder for giant mining companies to exploit ancestral lands for Native American tribes and pollute precious ecosystems.

“The federal government and Hudbay tried to put up as many arguments as possible, but it was all smoke and mirrors,” said Gillespie. “The judge cut through that really clearly. It’s a powerful decision that stands for the proposition that nobody should get a free pass to wreak havoc on our public lands.”

The victory is deeply felt among the Tohono O’odham, who see in this ruling a validation of Indigenous sovereignty over corporate schemes to desecrate their ancestral land.

“The judge’s ruling shows that there is hope in the system,” said Chairman Nuñez. “There are good people who believe in the sovereignty of Native nations, and their fundamental, inherent right to land and water. It has reinforced our vow to protect and enhance the lands we do have. We prayed that that mine would never be built. So it felt like our prayers had been answered.”