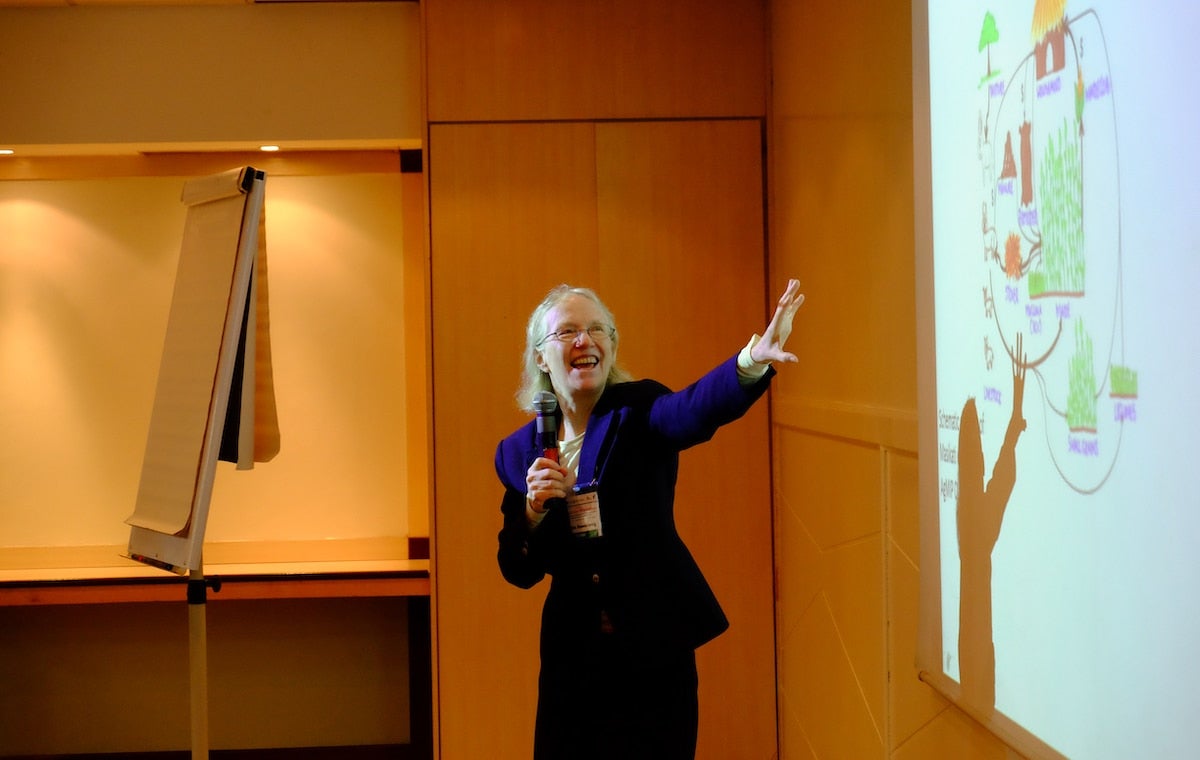 Climatologist and agronomist Dr. Cynthia Rosenzweig, who is a senior research scientist and head of the Climate Impacts Group at NASA’s Goddard Institute for Space Studies, has been awarded the 2022 World Food Prize from the World Food Prize Foundation.

Conceived of as the “Nobel Prize for Food and Agriculture,” according to the World Food Prize Foundation, the World Food Prize has “a mission to elevate innovations and inspire action to sustainably increase the quality, quantity and availability of food for all,” a NASA press release said.

Rosenzweig, a former farmer, was chosen for the $250,000 prize for her research and projections on the impact of climate change on global food production. Modeling done by Rosenzweig has given policymakers a basis for climate change mitigation strategies and ways to adapt food systems to changes brought on by the climate crisis.

“Climate change cannot be restrained without attention to food system emissions, and food security for all cannot be provided without resilience to increasing climate extremes,” Rosenzweig said, according to a press release from The World Food Prize Foundation.

Rosenzweig used NASA models and satellite data to study agricultural regions across the globe and the changes they are experiencing, the NASA press release said. Rosenzweig is a co-founder of the international Agricultural Model Intercomparison and Improvement Project (AgMIP), which uses crop modeling, climate science and economic modeling to examine food security and crop yield.

More than 1,000 researchers have worked with AgMIP to evaluate climate change’s future impacts on food and agriculture systems and to improve the agricultural models and techniques used to do so. In her work with the AgMIP, Rosenzweig has studied how rising atmospheric carbon emissions affect crops and calculated the amount of greenhouse gas emissions produced by food production.

“We basically cannot solve climate change unless we address the issues of the greenhouse gas emissions from the food system, and we cannot provide food security for all unless we work really hard to develop resilient systems,” Rosenzweig told The Associated Press before the ceremony.

Rosenzweig’s first forecasts of the effects of climate change on North American food production were in 1985, and in 1994 she made global projections, the World Food Prize Foundation said in its press release.

A native of Scarsdale, New York, and self-described climate impact scientist, Rosenzweig moved to Tuscany, Italy, with her partner Arthur when she was in her 20s, where she developed her interest in agriculture, reported The Guardian.

Rosenzweig and her partner grew fruits and vegetables and raised goats, chickens and pigs in Tuscany, the World Food Prize Foundation said. Upon returning to New York in 1972, Rosenzweig studied agriculture at a technical college and she and Arthur started Blue Heron Farm with friends.

“Climate change has already had a significant and negative impact on global agricultural production and its impact is only going to get worse. We’re seeing rice fields drown in floods. We’re seeing other crops wither in drought. We’re seeing shellfish die in more acidic oceans and crop diseases are spreading to new regions. We likely would not understand all these problems as well as we do today without the work of Dr. Cynthia Rosenzweig, this year’s World Food prize laureate,” said Under Secretary for Economic Growth, Energy, and the Environment Jose Fernandez, as reported by The Guardian.

“Climate change cannot be restrained without attention to food system emissions, and food security for all cannot be provided without resilience to increasing climate extremes. I salute the modelers around the world in the Agricultural Model Intercomparison and Improvement Project (AgMIP) for their tireless work helping countries to achieve food security both now and in the future under changing climate conditions. As we move into a crucial decade of action on climate change, food needs to be ‘at the table,’” Rosenzweig said, as the World Food Prize Foundation reported.