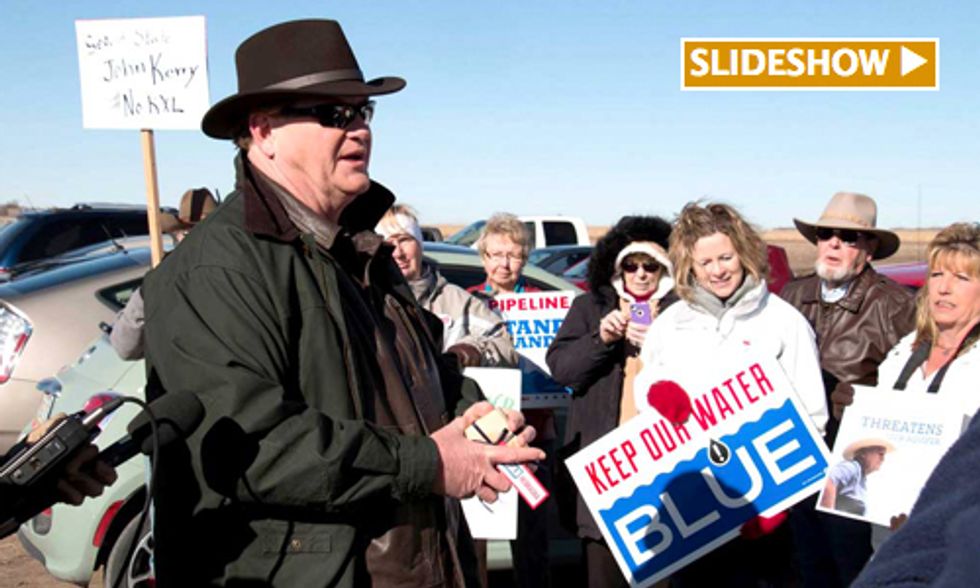 Today, MSNBC news host Ed Schultz traveled to Nebraska to meet with farmers and ranchers facing threats of eminent domain on their land from TransCanada for the proposed Keystone XL pipeline. Schultz came to Nebraska to hear firsthand and share with his audience the stories of people in the path of the pipeline. They met at the Build Our Energy Barn, the wind and solar-powered barn that was built with online donations and volunteers on land directly in the path of the proposed Keystone XL.

According to Bold Nebraska, Schultz and his team got so much great footage that they have decided to expand their coverage of Nebraska and the Keystone XL into something bigger. The footage shot in Nebraska is not expected to air today, but Schultz will likely reference his trip on today's show and have more details about when he'll air the coverage of his trip.

After coming out in favor of the Keystone XL, Schultz devoted a segment on his show to the Keystone XL every day last week. He was roundly criticized for his position by many guests he invited onto his show, including Bold Nebraska Director Jane Kleeb.

Here's another segment from The Ed Show, featuring guests Tiernan Sittenfeld of the League of Conservation Voters and Danielle Droitsch from the Natural Resources Defense Council (NRDC):