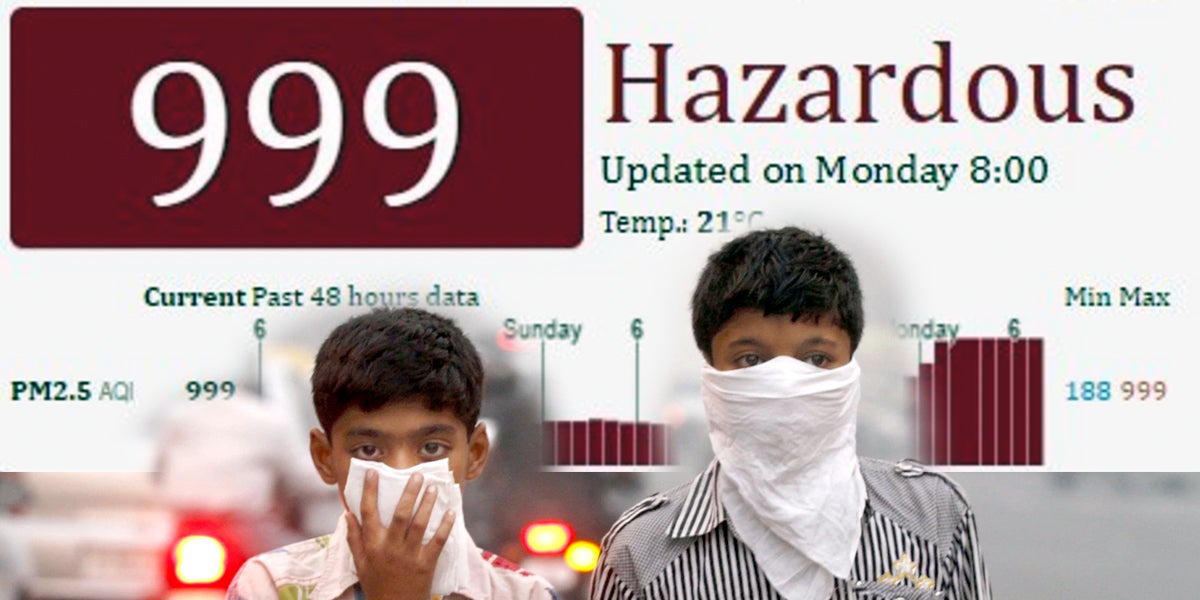 The air pollution in several Indian cities is getting so bad that government officials have initiated drastic measures to protect its citizens from the eye-stinging levels of smog. In fact, the nation’s capital of New Delhi currently holds the ominous title of world’s most polluted city,
CNN reported.

New Delhi is the most polluted city on Earth right now https://t.co/54SuYq9trR pic.twitter.com/xTQoeUmwas

On Sunday, Delhi Chief Minister Arvind Kejriwal
declared the intense smog levels an “emergency situation,” and ordered the shut down of 5,000 schools for the next three days and the halting of construction operations for the next five days. A coal-fired power plant will also be closed for 10 days and roads will be doused with water to suppress dust. If the situation does not improve, Kejriwal might impose odd-even vehicle restrictions that would only permit driving every other day.

“Pollution has increased to an extent that (the) outdoors in Delhi are resembling a gas chamber,” Kejriwal
said, adding that the smog blanketing the capital is due to crop burning in the neighboring agricultural states of Punjab and Haryana.

The ongoing pollution sparked a protest on Sunday outside of Parliament in the city center. Hundreds of protesters showed up in pollution masks, demanding the government to protect its citizens’ right to breathe clean air.

Many people initially blamed the smog on Sunday’s Diwali
festivities, but Kejriwal said that “fireworks during Diwali marginally added to the pollution … But other things inside Delhi did not drastically change. So the smog is mainly due to smoke from farm fires.”

Still, the air pollution in Delhi has notably worsened over the years from several factors including its growing population of 25 million, rapid urbanization, an increase in traffic and emissions from diesel-burning cars, coal-fired power plants and other industrial emissions. This winter’s weather patterns also means less wind to circulate the air, the Associated Press explained.

Delhi comes together at Jantar Mantar for its right to clean and pollution-free air. Support the movement. Tweet using #MyRightToBreathe! pic.twitter.com/R0JcmwXkc8

Following in New Delhi’s footsteps, officials in the city of Lucknow, the capital of the state of Uttar Pradesh, have also been forced to close schools on Monday and Tuesday due to ghastly pollution levels.

According to the Associated Press,
New Delhi and Lucknow have registered the levels of PM2.5 (fine particulate matter with a diameter of 2.5 micrometers, one of the deadliest and most dangerous forms of air pollution) above 400 micrograms per cubic meter on Monday. That’s more than 40 times the safety limit set by the World Health Organization, and more than six times the limit set by Indian law. For comparison, Los Angeles—one of the most polluted cities in the U.S.—has a PM2.5 reading of 74 as of Monday morning.

Air is safe to breathe at 150, but the Air Quality Index from the US Embassy in Delhi reported that the city’s terrible air quality is literally off the charts at a “hazardous” 999.