90 Dead, 1 Million Displaced by Monsoon Flooding in India and Nepal 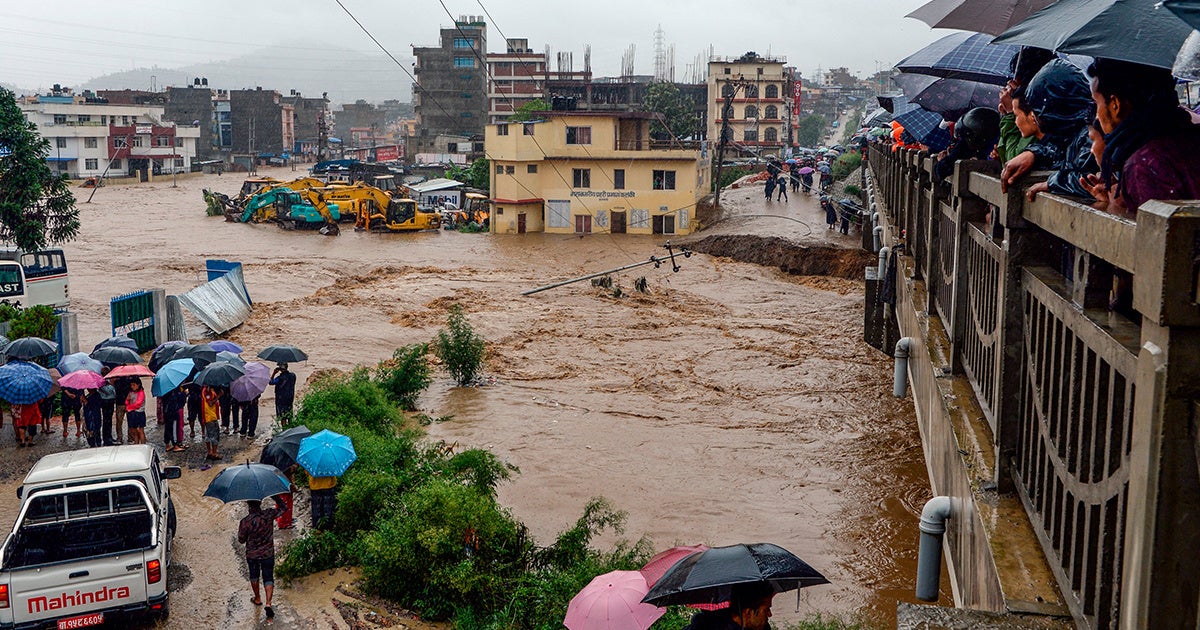 Monsoon flooding in India, Nepal and the surrounding region has killed at least 90 and displaced more than one million.

At least 65 people have died in Nepal, police said Monday, as BBC News reported. Thirty are missing and 38 have been injured. In India, meanwhile, at least 25 have died and around a million were forced to flee their homes, disaster relief organization Rapid Response Chief Executive Mohamad Farukh told The New York Times.

July is usually the wettest month of South Asia’s often deadly monsoon season, but the flooding has been particularly extreme in Nepal this year. More intense monsoons in the region are projected to be one of the impacts of the climate crisis. Coincidentally, the flooding came as the Intergovernmental Panel on Climate Change (IPCC) began an author meeting in Kathmandu, Nepal Sunday.

“Scientists have been warning that because of climate change, monsoon patterns are also changing and the region needs to prepare for more extremes in weather, severe droughts as well as more intense periods of rain,” Al Jazeera reporter Subina Shrestha said.

In India’s Assam state, climate chaos is leading to uncertainty among rescue workers as to how much worse flooding will get. Currently, low-lying areas are inundated with 2.2 meters (approximately 7.2 feet) of water, The Guardian reported.

“It might get worse, it all depends on the precipitation model. The rain model is changing because of climate issues,” founder of the NGO Rural Volunteers Centre Ravindranath told The Guardian. “We can’t assume anything now.”

Farukh told The New York Times that the flooding in India was more extreme than usual and that the situation was likely to deteriorate.

“It is getting worse day by day because of continuous rains and overflowing rivers,” he said.

In Nepal, heavy rain began Friday and affected 30 of the country’s 77 districts, blocking highways and knocking out communication towers. Nine major highways are still blocked and more than 10,000 people have been displaced, Al Jazeera reported.

The flooding has especially threatened the 900,000 Rohingya refugees living in camps in the country’s south. Heavy rains have killed at least 10 people living in the camps and destroyed thousands of makeshift homes since April.

“The rain and wind are causing misery on the ground and our teams are working day and night to provide emergency services and relocations to affected people,” International Organization for Migration Bangladesh deputy chief of mission Manuel Pereira said in a statement reported by The New York Times.

In Myanmar, the country the refugees have fled, heavy rains also caused displacement. More than 18,000 people have been forced to flee their homes and one camp for those displaced by violence within the country was flooded, Reuters reported Monday.