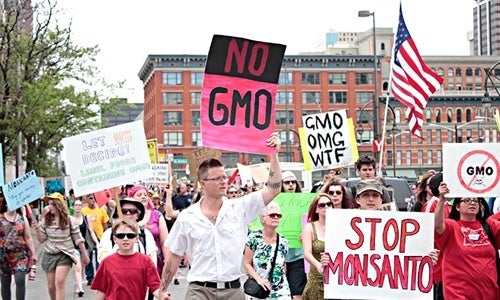 While Monsanto seems to tower over the agriculture industry, both in terms of its political power and its potentially detrimental effects on the environment, low earnings are cutting into corporate profits and costing employees their jobs.

Monsanto had already announced a major wave of layoffs in October when the corporation reported a profit of $3.5 billion for the 2015 fiscal year, a decline of about 13.5 percent from the previous year. At the time, according to Irish Farmers Journal’s Lorcan Allen, the corporation “said it expects to cut up to 2,600 jobs in the next 24 months with a target to make annual savings of $275-300m by the end of 2017.” 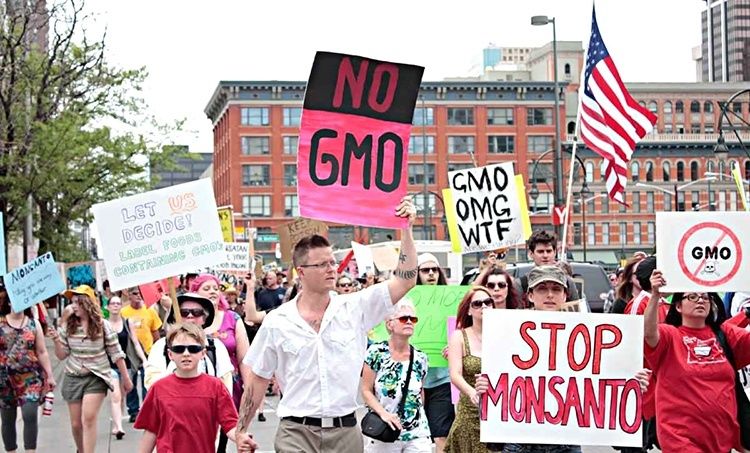 A scene from the March Against Monsanto in Denver. Photo credit: MAM

Earnings continued to fall in the first quarter of the 2016 fiscal year, according to a Jan. 6 report from Reuters, forcing even deeper cuts:

“Monsanto Co. plans to slash another 1,000 jobs worldwide, bringing total planned cuts to 3,600 or about 16 percent of its global workforce, according to a filing Wednesday with the U.S. Securities and Exchange Commission. The job cuts are part of a broader, previously announced plan to target $500 million in annual savings by the end of fiscal year 2018.”

According to a report by Allen on Jan. 13, “Monsanto reported a first quarter operating loss of $253m (€233m), a significant deterioration compared to the $243m operating profit generated for the same period last year.”

Monsanto has faced repeated protests against its business practices and the harm to human health and the environment posed by its products. The annual March Against Monsanto attracted tens of thousands of participants globally in May. Russia to Europe have taken action to ban genetically modified crops, especially Monsanto corn. Increasing awareness of the cancer-causing potential of glyphosate, the key ingredient in Monsanto’s Roundup weedkiller, has also cut into profits.

Prior to the latest announcement of their falling earnings, Monsanto stock had reached a one-month high of $99.28, but fell to a low of $89.91 on Jan. 20 before recovering slightly to close at $91.87 at the close of trading last week.

Some analysts believe the stock price could drop even further. A Jan. 7 report from Jennifer Lynn, writing for financial news site Benzinga, quoted a note from investment research firm Bernstein, whose analysis suggested the stock should be trading at closer to $84.00 given the company’s poor performance:

5 Ways to Eat Healthy: What Big Food Doesn’t Want You to Know