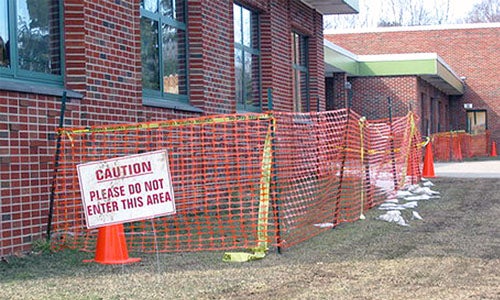 The New York Times reported last month that Congressional Republicans have clandestinely inserted a provision into the Toxic Substances Control Act (TSCA) reauthorization bill that will give Monsanto permanent immunity from liability for injuries caused by its toxic polychlorinated biphenyls (PCBs). The long awaited and grievously needed bill is now in the Conference Committee for reconciliation with a companion Senate bill. The so-called “Monsanto Rider” would shield the chemical colossus from thousands of lawsuits by cities, towns, school districts and individuals, who have been injured by exposure to PCBs. 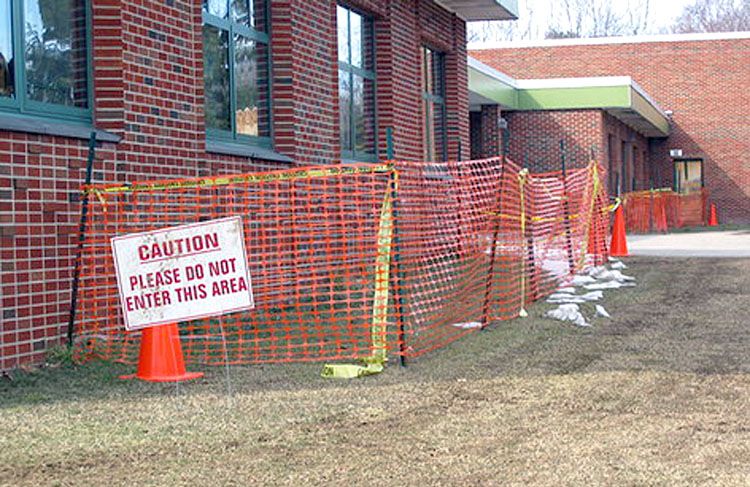 Monsanto marketed PCB-based caulking to schools and other municipal buildings throughout the U.S beginning in 1950, touting the chemical’s ability to contract and expand with changing temperatures. Studies suggest that any school built or renovated between 1950 and 1977 may contain PCBs.

PCBs are known human carcinogens and potent endocrine disruptors, which can interfere with physical, intellectual and sexual development in children. PCBs persist in the environment and bio accumulate in animals and humans. According to U.S. Environmental Protection Agency (EPA), children exposed to PCBs can suffer damage to their immune, reproductive, nervous and endocrine systems. Two recent publications from U.S. EPA and the National Institute Environmental Health Science Children’s Center at UC Davis report that PCBs can disrupt early brain development, by hijacking the signals that promote normal neuron branching which increase the risk of brain damage, including autism. Between 1935 and 1977, Monsanto was the exclusive manufacturer of PCBs in the U.S. Congress banned the manufacturing of PCBs in 1979 over concerns about its potential to cause severe health and environmental injury.

I’ve been sparring over PCBs since the start of my 32-year career as an environmental lawyer. For more than three decades I have been litigating and campaigning against General Electric (GE) to force the clean-up of the Hudson River. PCBs manufactured by Monsanto and dumped by GE have contaminated 200 miles of the Hudson, which is the country’s largest superfund site. GE’s long awaited Hudson River clean-up is now ongoing, but the Hudson is not America’s only PCB contaminated waterway.

Monsanto’s PCBs have poisoned 80,000 river miles elsewhere in our nation from Washington state’s Duwamish River to Connecticut’s Housatonic. Seattle and six other cities are currently in litigation with Monsanto to force the company to clean up local rivers and bays. The GOP’s TSCA’s shield provision would dismiss all those lawsuits. Congress would have the public, not the polluters pay to clean up Monsanto’s monumental mess.

Of even greater concern is the burgeoning issue of PCBs in our public schools.

Monsanto marketed PCB-based caulking to schools and other municipal buildings throughout the U.S beginning in 1950, touting the chemical’s ability to contract and expand with changing temperatures. Studies suggest that any school built or renovated between 1950 and 1977 may contain PCBs. As the scientific evidence about PCB hazards to human health accumulated in the early 1970’s, and regulatory agencies and Congress began moving toward a ban, Monsanto amplified its aggressive marketing of plasticizer PCBs for use in caulk that was applied throughout America’s public schools. Despite Monsanto’s own internal conclusion in 1969 that PCBs were becoming “global environmental contaminants,” Monsanto increased its production of PCBs which peaked in 1970 at 85 million pounds.

The National Center for Education Statistics estimates that 45 percent of all schools in the U.S. (approximately 45,000) were built during this era. About 27 to 54 percent of all these schools—12,000 to 25,000 nationwide—may contain PCBs with little variation among U.S. regions. The costs of mitigation and remediation ranges from $750,000 to $3.1 million per building. The total costs to school districts across the nation could be upwards of $80 billion. As the exclusive manufacturer of PCBs in the U.S., Monsanto is responsible for these damages. I am representing school districts across the country who are suing Monsanto to pay the costs of removing contaminated caulking and PCB laden light bulb ballasts.

TSCA section 15 U.S.C. 2605(e), which was enacted in 1977, requires that every school district with PCBs in caulking and lighting ballasts greater than 50 parts per million, immediately remove these contaminants to safeguard school children’s health. However, in 2009, the EPA implemented an informal policy allowing school districts to delay remediation until such time as there were major renovations or demolition of the contaminated structure. The EPA told the school districts that it would not enforce that law if the school district chose to wait.

While this unpromulgated and illegal EPA policy seemed like a concession to financially pressed school districts, it was actually a monumental gift to Monsanto. Most schools, low on cash flow, chose to delay the expensive and logistically challenging remediation projects indefinitely, despite the danger to children. When delays stretch past the five year statute of limitations (which begins running when the school district becomes aware—or should have been aware—of the contamination), Monsanto is off the hook. Those $80 billion in Monsanto’s costs are then transferred to local school districts. As predicted, school districts given the option to delay, mostly did just that despite the awful consequences to future taxpayers.

It’s important to understand that if a single school district in a state files a class action lawsuit against Monsanto to recover remediation costs, the statute of limitations is tolled for every district in that state. In most states, no district has filed a class action lawsuit. However, one courageous, pioneering district in Massachusetts chose to file, and that suit had the effect of tolling the statute for every school in that state—creating a deep pool of potential liability for Monsanto. GOP’s new shield provision is designed to abolish Monsanto’s liability as a favor to the company, which has donated $39 million to politicians over 30 years.

Documents uncovered during our litigation have confirmed Monsanto’s sickeningly corrupt corporate culture. Instead of being a good corporate citizen, Monsanto’s decision making matrix puts greed before public health and welfare.

As early as the 1930’s and 1940’s, Monsanto was aware that prolonged occupational exposure to PCBs might cause liver damage in humans. A Monsanto memorandum dated Sept. 20, 1955, stated:

“We know Aroclors [PCBs] are toxic but the actual limit has not been precisely defined.”

In late 1968, Monsanto learned that Japanese citizens were becoming ill from eating rice oil contaminated with Japanese manufactured PCBs. The company responded with a draft Oct. 2, 1969 directive stressing a preeminent focus on its bottom line:

“The objective of the [PCB] committee was to recommend action that will: 1. Protect continued sales and profits of Aroclors; 2. Permit continued development of new uses and sales, and; 3. Protect the image of the Organic Division and the Corporation as members of the business community …”

An internal draft document dated Oct. 2, 1969, illustrates the moral bankruptcy of the company:

“The committee believes there is little probability that any action that can be taken [that] will prevent the growing incrimination of specific [PCBs] (the higher chlorinated—e.g. Aroclors 1254 and 1260) as nearly global environmental contaminants leading to contamination of human food (particularly fish), the killing of some marine species (shrimp), and the possible extinction of several species of fish-eating birds. There are, however, a number of actions which must be undertaken in order to prolong the manufacture, sale and use of these particular Aroclors as well as to protect the continued use of other members of the Aroclor series.”

A document dated Jan. 26, 1970, The PCB-Pollution Problem, describes a Jan. 21 and 22, 1970 meeting between representatives of GE and Monsanto. This document appears to make a commitment by Monsanto science and safety division to fraudulently massage scientific data to make their dangerous product appear safe. The document states (emphasis added):

“In essence, results reported by Mr. Wheeler on chronic animal toxicity tests and animal reproducibility studies underway are not as favorable as we had hoped or anticipated. Particularly alarming is evidence of effect on hatchability and production of thin egg shells regards white leghorn chickens. The studies involved Aroclor 1242, 1254 and 1260. Some of the studies will be repeated to arrive at better conclusions.“

The GOP is currently working to rewrite TSCA to assure that no jury will ever see these or the many other damning documents in our possession.

If Monsanto gets its way, the American people will pay a high price for corporate greed and political corruption.