Weed Resistance to Glyphosate on GMO Crops: EPA Needs to Do Better 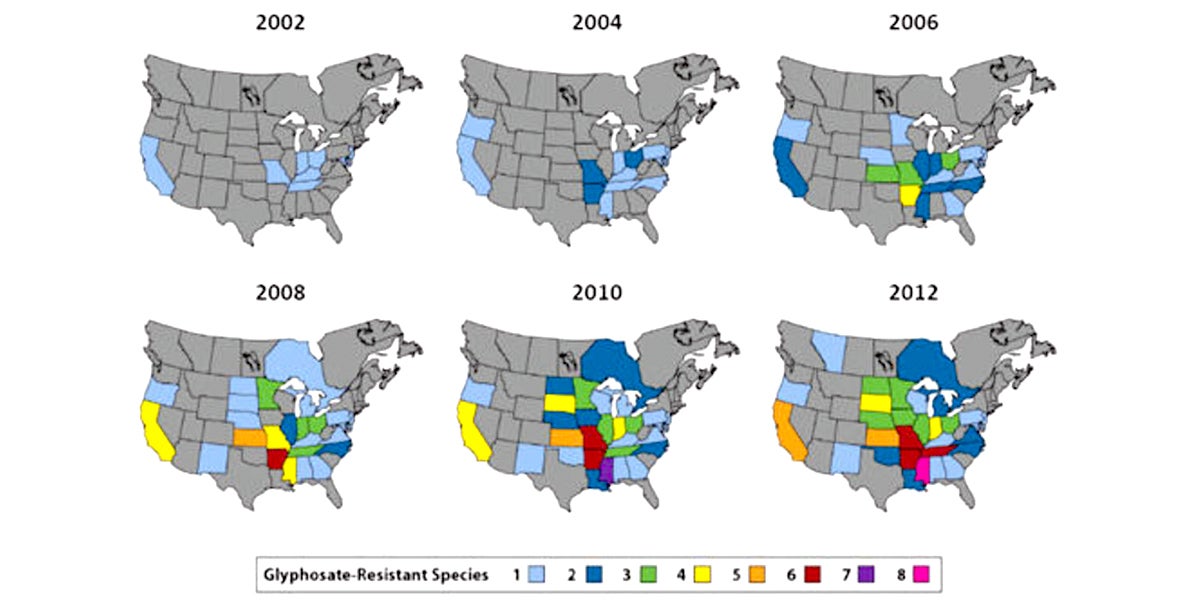 The U.S. Environmental Protection Agency (EPA) is not doing enough to prevent weed resistance to the herbicide glyphosate (Roundup) says a new report from the EPA’s Inspector General’s Office, which draws in part on a report from the agbiotech company, Pioneer: Weed Management in the Era of Glyphosate Resistance.

The EPA Inspector General’s Office report explains that glyphosate (Roundup) is used on crops modified to tolerate this herbicide, which kills surrounding weeds but leaves the GMO crop intact.

If you use enough of it long enough, weeds develop resistance.

U.S. farmers are planting more herbicide-resistant GMO corn and soybeans (this figure is from the Pioneer report): 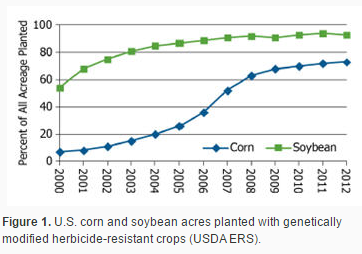 Here’s how much glyphosate U.S. farmers are using:

Weeds resistant to herbicides were first reported in 1968. Weed resistance is now increasing rapidly (this figure is from the Inspector General’s Office report): 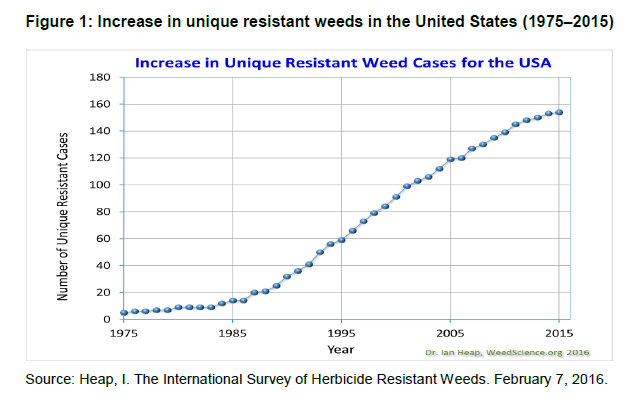 Weeds resistant to glyphosate are spreading rapidly throughout the U.S. (this figure is in both reports): 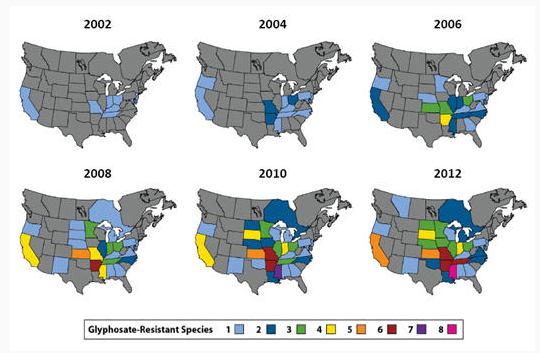 What should government do to stop this? A quick lesson on GMO regulation:

What should be done? Pioneer says:

A truly integrated strategy should incorporate non-chemical control tactics as well. Mechanical weed control and crop rotation are examples of two such tactics available to growers, but the feasibility of their implementation will vary depending on the characteristics of a cropping system.

Weed resistance is a big reason not to use glyphosate.

Another is its suspected carcinogenicity, but I will save that for another time.