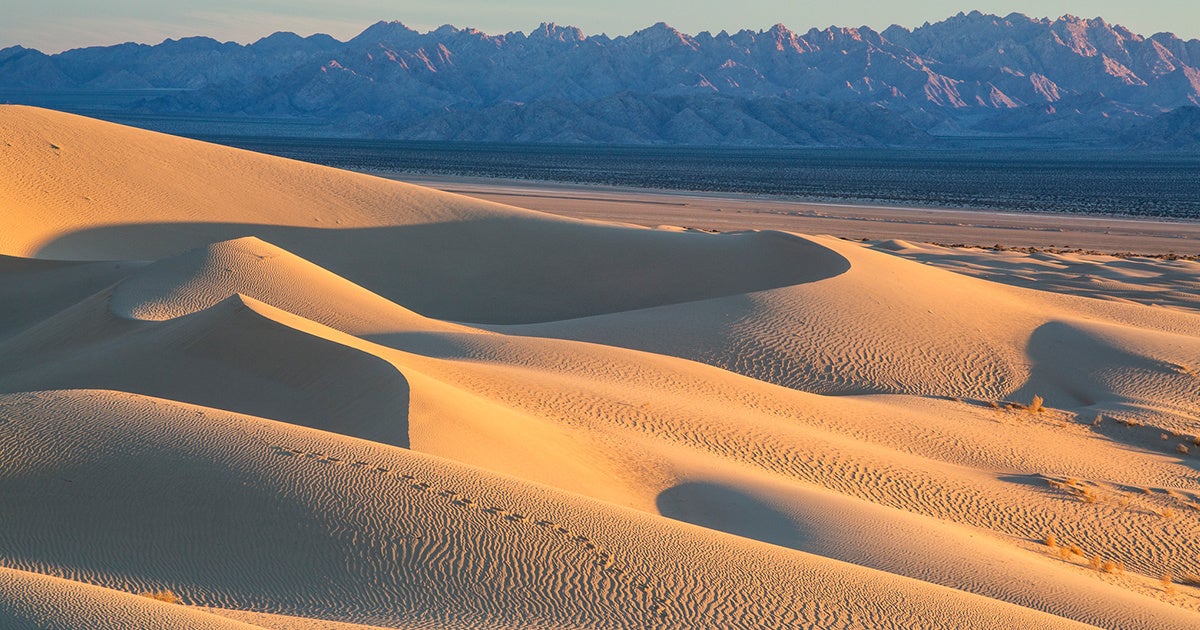 Cadiz, Inc., wants to extract 16 billion gallons of water a year from beneath the Mojave Desert. Bob Wick / Bureau of Land Management

At Earthjustice, we’re skeptical any time a company announces plans to convert public resources into private profits. Whether it’s natural gas extraction in national parks or logging in a national forest that would displace endangered species, we’re prepared to step in to protect our nation’s natural resources whenever they are threatened.

So when the Center for Biological Diversity and the Center for Food Safety came to us concerned about a project that threatens the fragile southern California desert, we were ready.

Cadiz, Inc. is a public company that owns private land in a valley just east of Joshua Tree National Park and adjacent to the Sheephole Valley Wilderness, an area that’s been called Joshua Tree’s “untamed cousin.” The company acquired land in Cadiz Valley in the 1980s, drilled a well, and began a small-scale farming operation, which helped it to establish water rights. It became clear almost immediately that Cadiz’s true plan was not to farm, but rather to extract water from beneath the desert to sell to residents of southern California at a steep profit. The company’s own website acknowledges that as early as 1984 it was investigating the “potential of the aquifer system” beneath its property.

Cadiz’s visions of water extraction have ebbed and flowed over the years, and have now crystallized into a behemoth plan to extract 16 billion gallons of water—annually—from beneath the Mojave Desert.

This is a terrible idea for at least two reasons. 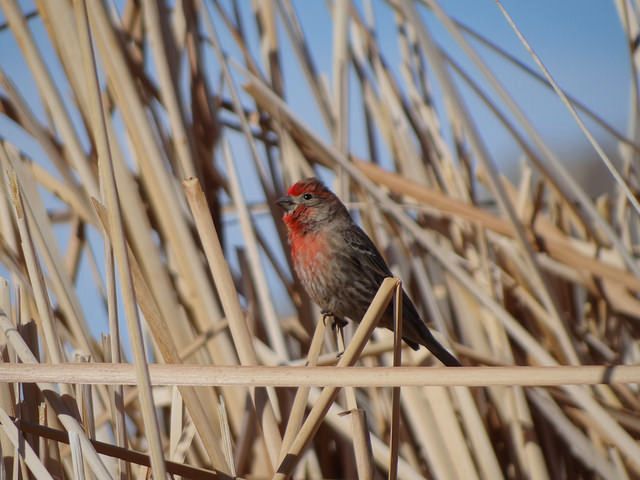 The Cadiz project would put birds like this one spotted at Bonanza Springs at risk.Bob Nohowec / Bureau of Land Management

First and foremost, such a massive extraction of water from beneath the desert will have devastating consequences for the many species that live in and rely on the Mojave Desert ecosystem. A recent study published earlier this year confirmed what has long been suspected: that the groundwater in this region is interconnected—or in scientist’s terms, “hydrologically linked.” As a result, the authors of the study warned that reducing groundwater in this area will result in a “potentially substantial decrease in free-flowing water” at natural springs in the area.

Natural springs in the desert, like the beautiful Bonanza Springs, are a critical source of water for a wide range of desert critters, including frogs, migrating birds, bighorn sheep and several threatened or endangered species. (Check out our client’s recent declaration about the impacts the Cadiz project would have on the desert here.) Cadiz’s project is likely to put many of these species at risk.

Second, the water beneath Cadiz is contaminated with hexavalent chromium, a cancer-causing chemical that was at the center of the movie “Erin Brockovich.” Cadiz insists the contamination is naturally occurring, and it has promised to treat it, although it admits the water has been found to contain at least 16 parts per billion of hexavalent chromium.

The federal limit on hexavalent chromium is currently 100 parts per billion, which most environmental advocacy groups agree is woefully inadequate to protect public health. The State of California acted to protect consumers in 2014 by lowering its standard on hexavalent chromium from 50 to 10 parts per billion—which would have put Cadiz’s water well above the new state limit. Unfortunately, a court overturned California’s protective 10 part-per-billion limitation in late 2017. California still plans to issue a new, lowered limit on hexavalent chromium within the next two years, which means Cadiz might be subject to even more legal hurdles in 2019. In the meantime, the company’s plans to pursue this ill-fated project in spite of the apparent contamination and the threats to endangered desert species make it all the more clear that its only true motivation is profit.

The Obama administration recognized the immense value of protecting this fragile desert ecosystem and its natural and scientific treasures. In 2016, President Obama designated a large swath of this public land—over 1.6 million acres—the Mojave Trails National Monument, placing the land under the protection of the U.S. Bureau of Land Management (BLM). 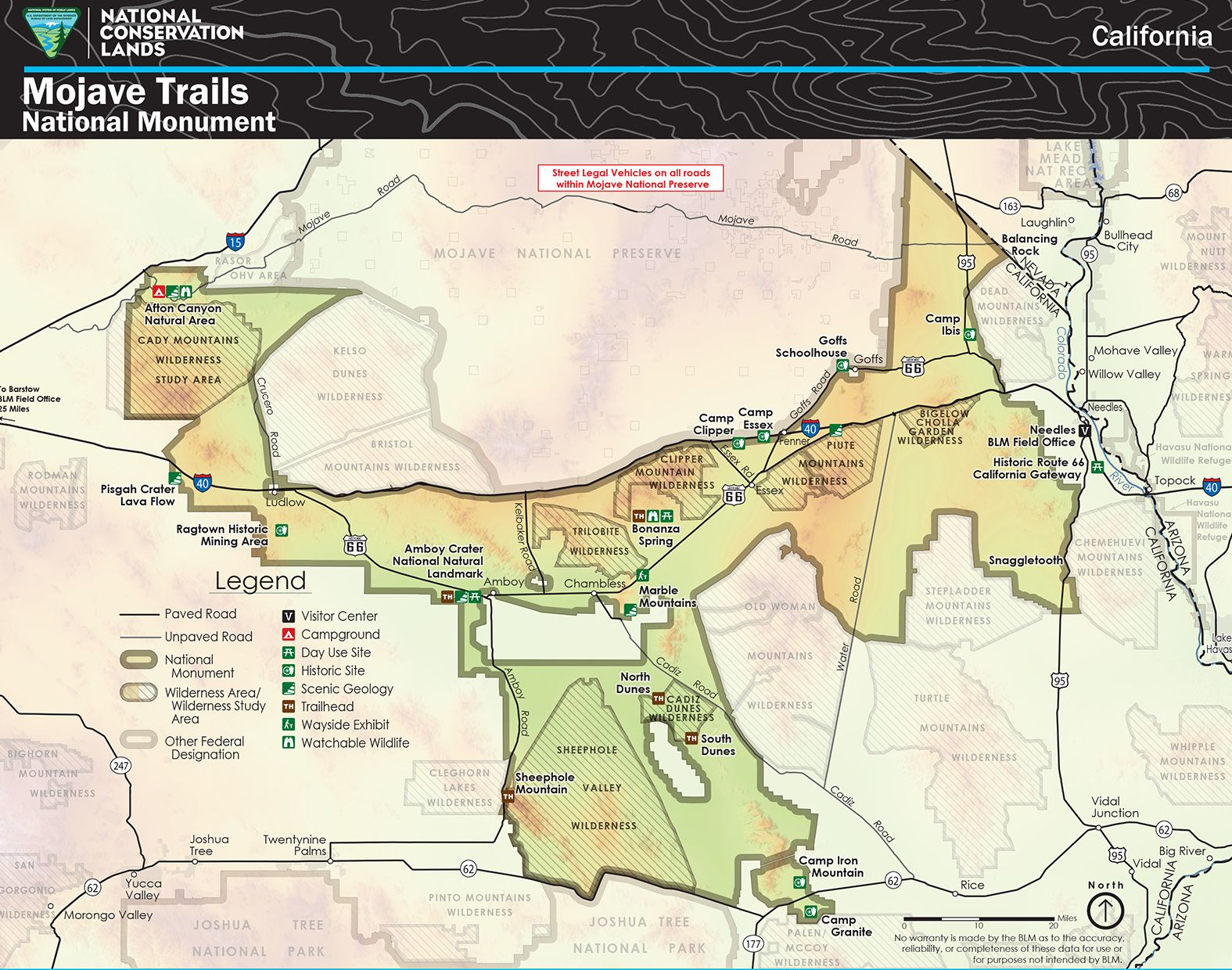 To extract and ship water into the Los Angeles area, Cadiz must build a pipeline that crosses through the national monument. Its proposed pathway is along a former railroad right-of-way that runs roughly from Chambless, California, down to Rice. The Obama administration had made clear that the federal government would not approve such a pipeline, concluding in 2011 that Cadiz’s pipeline bears no relation to a “railroad purpose.”

Shortly after Trump took office, the administration abruptly reversed course, rescinding the Obama administration determinations and announcing that railroads can lease their land to third parties without seeking approval from the BLM to cross public lands.

Shortly thereafter, Earthjustice filed a complaint in federal court with the Center for Biological Diversity and the Center for Food Safety against the BLM. We’ve alleged violations of the Federal Land Policy and Management Act, the Administrative Procedure Act, and the National Environmental Policy Act.

The federal government moved to dismiss our case, but we scored an early victory in June of this year when the court ruled in our favor, concluding that our clients had standing to sue, and that the government’s actions are subject to judicial review.

Shortly after that ruling, Cadiz itself intervened in the case and it is now collaborating with the federal government to fight the lawsuit.

Meanwhile, Cadiz has released a spate of shiny new ads supporting the water project, along with a cheesy water counter that warns that 5.9 billion gallons of water have already been “lost” to evaporation this year. By suggesting that “Inland Empire families and businesses” ought to unite against “water waste” in the desert, Cadiz is craftily implying that the natural ecosystem is not an appropriate recipient of water, and that only human uses of water are worthwhile. By the company’s own logic, every drop of water that isn’t harvested from the sky or prevented from evaporation is “waste”—simply because it doesn’t flow to people. But that’s only true if you stand to profit from each drop of water that’s sold.

I became an environmental lawyer because there are some things in this world that are too precious to be reduced to profit margins or quantified in dollars and cents. Cadiz’s plan to extract billions of gallons of water from beneath a vibrant desert is a money-making scheme that will extract private profits from beneath public lands.

Marie Logan is an associate attorney with the California regional office of Earthjustice.