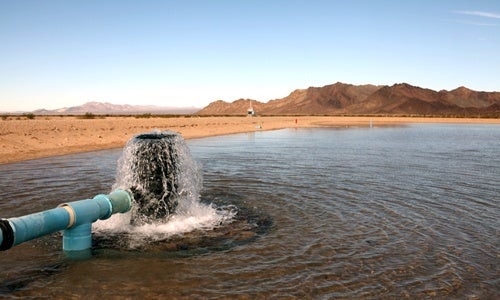 Scott Slater, CEO of Cadiz Inc., has a controversial plan. He wants to pump 814 billion gallons of water from the Mojave Desert to Los Angeles, San Diego and other drought-stricken communities in Southern California—making more than $2 billion in the process. 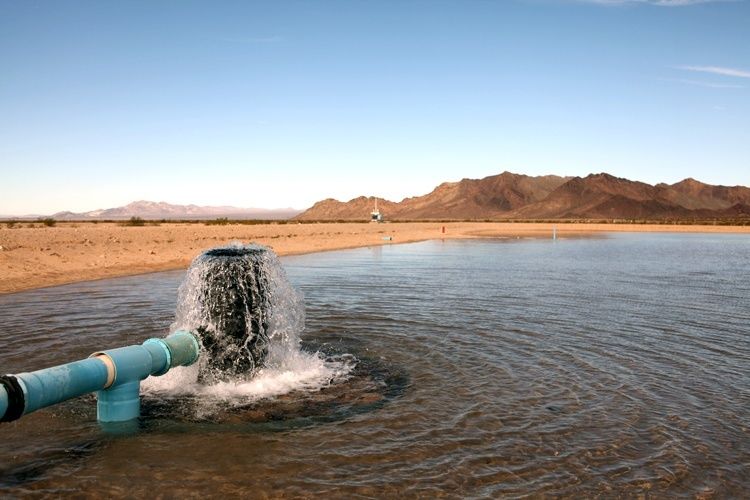 Slater’s company owns the water rights to 45,000 acres of land in the Mojave Desert, and he’s already secured contracts to sell the water for $960 per acre-foot (the amount of water it takes to cover an acre of land in a foot of water), according to The Guardian. At that price, the company stands to make $2.4 billion over the 50-year period of its water extraction deal with San Bernardino County.

But in the last 10 years, the company has suffered $185 million in losses.

“To develop the project, the company burns through $10 million to $20 million annually,” The New York Times explained, “paying for a never-ending battle in courthouses and conference rooms across California to win make-or-break government permits and to cover the salaries of its 10 full-time employees.” The company borrows extensively and regularly issues new shares to cover its costs.

In a letter to Cadiz in October 2015, the BLM informed Cadiz that it “cannot use an existing railroad right-of-way for a new water pipeline that would carry supplies from the project’s proposed well field to the Colorado River Aqueduct,” The LA Times reported.

The project now requires a lengthy and expensive federal environmental review. To further complicate the matter, Feinstein has once again added a rider to the federal budget prohibiting the BLM from spending any money on the project.

“I remain concerned the Cadiz project could damage the Mojave Desert beyond repair and believe the BLM decision to deny the right-of-way is the right one,” Feinstein told The LA Times in October 2015. “I’ll continue to work through the appropriations committee to block any additional attempts to draw down this aquifer. We need to use water more responsibly, not less, and the Cadiz project is a bad idea.”

All of these developments leave many wondering if the project will ever come to fruition. Slater, who was a water rights lawyer for 30 years before taking over as CEO in 2013, contends that the BLM is misinterpreting 19th century railway law. He told The Guardian that not only is the plan a “pretty simple” one, but the 50,000 acre-feet of water a year the company would extract would also “otherwise evaporate, which is far more of a waste than people drinking it.”

Still, many have what Slater described as a “visceral, negative reaction” to a private company making billions off of water. Even public-private partnerships on water ventures face strong opposition. Poseidon Water, a private company, partnered with the San Diego County Water Authority to build the largest desalination plant in the Western Hemisphere. But it took 15 years of lawsuits and regulatory hurdles to do so. The plant finally opened last month in Carlsbad, California, and the San Diego County Water Authority estimates it will produce enough water to meet 7 to 10 percent of the San Diego region’s water needs.

That may sound like a drop in the bucket for the drought-stricken state, but there are already about 15 other desalination plants being proposed in California. Despite this, critics contend that desalination and the Cadiz water project are not good solutions to addressing the state’s drought.

Watch Slater explain the Cadiz Water Project in an interview on KCAA 1050AM, a California radio station: