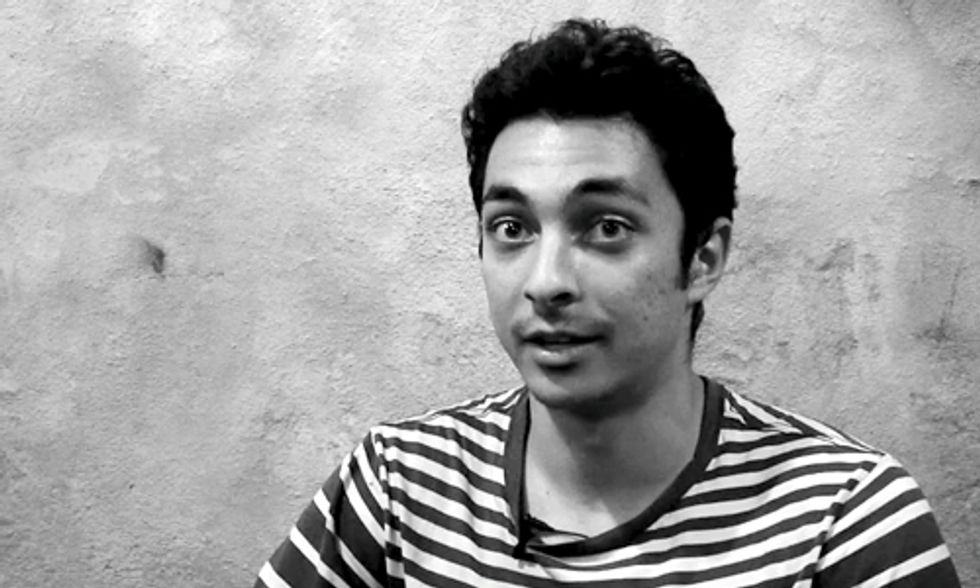 As our government fails to act on climate change, millions of young Americans—yes, the millennials—are refusing to let their futures be put on the chopping block of corporate greed. We are coming together as a powerful grassroots force.

This isn’t just about stopping fossil fuel development. It’s about breaking the system of influence that has allowed the fossil fuel industry to gain the power to destroy our planet without recourse.

In this short film, this new generation shows that we're not defined by our digital existence. We know that strong communities are going to be a critical part of the solution. Despite being the generation of social media, click-tivism, and online relationships, millennials know in their guts that it’s going to take a collective effort to win the fight on climate change. And they believe grassroots organizing can be that effort.

That’s what we’re looking to do with The Solutions Grassroots Tour.

We’re currently running an Indiegogo campaign to raise the funds to bring the Solutions Grassroots Tour to impacted communities across America, so that those on the chopping blocks of fossil fuel development and climate change can begin to lead the transition to 100 percent renewable energy.

We know it's the same all over—everyone is on the front lines of this battle—young people in the Bronx suffering from asthma are feeling the impacts of fossil fuel development just like people in fracked rural areas of Pennsylvania and the suburbs of Texas. The limitless greed of big oil and gas has united Americans like never before.

I’m one of those millennials that was deeply impacted and inspired by Obama’s presidential campaigns. I voted proudly for the first time in 2008 and worked as a field organizer for his 2012 campaign in Western Pennsylvania.

We are the people who the Obama campaign inspired to believe in the power of grassroots organizing. We heard President Obama say neighbor talking to neighbor is worth more than any amount of corporate spending and we knew it was true in the core of our being.

However, we didn’t feel that way last Tuesday on election night.

No more weak positions. We can build a new America for our generation, but it has to be together.

This election, there were some bright spots—a ban on fracking in fracking's birthplace—Denton, Texas. And in New York, Fractivists turned out strong for Zephyr Teachout because she took strong, sensible, inspiring positions—ban fracking day one and get money out of politics.

The 2014 election showed us that we cannot wait for the government to act. If we want to build the solutions that will save us from the devastating impacts of climate change we’re going to have to start building them ourselves.

Communities need to come together to build renewable energy and put the power back in the hands of the people.

Please help us support democracy, culture and the solutions by supporting The Solutions Grassroots Tour.