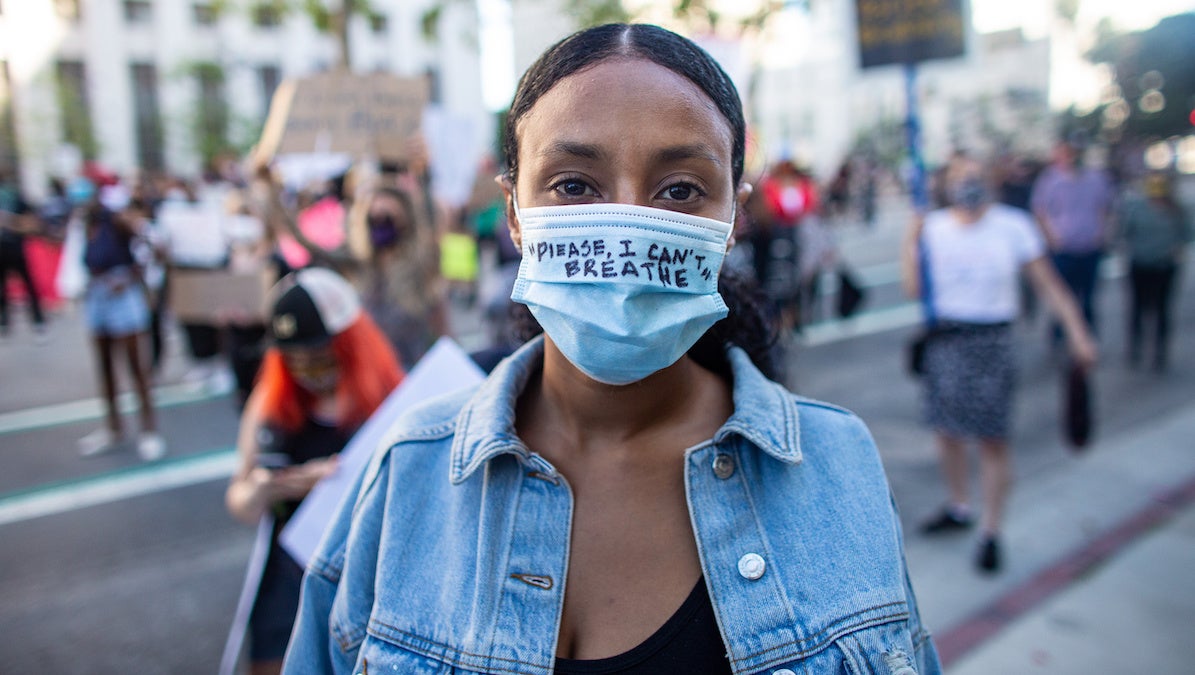 Protesters gather to protest the killing of George Floyd in Minnesota by police, on May 27, 2020 in Los Angeles, California. Jason Armond / Los Angeles Times via Getty Images

The glaring numbers that show how disproportionately racial minorities have been affected by the coronavirus and by police brutality go hand-in-hand. The two are byproducts of systemic racism that has kept people of color marginalized and contributed to a public health crisis, according to three prominent medical organizations — the American Academy of Pediatrics, American Medical Association and American College of Physicians, as CNN reported.

“Racism is a public health issue,” the American Academy of Pediatrics wrote on Twitter. “The AAP condemns violence, especially when perpetrated by authorities, and calls for a deep examination of how to improve the role of policing. Systemic violence requires systemic response.”

The tweet linked to the organization’s 2019 statement on the impact of racism on child and adolescent health.

Racism is a public health issue. The AAP condemns violence, especially when perpetrated by authorities, and calls for a deep examination of how to improve the role of policing. Systemic violence requires systemic response. https://t.co/YJ8rZHeyzB

“The same broad-sweeping structural racism that enables police brutality against black Americans is also responsible for higher mortality among black Americans with COVID-19,” said Maimuna Majumder, a Harvard epidemiologist working on the COVID-19 response, to Vox.

In a statement, the American Public Health Association (APHA) also drew attention to the health challenges that systemic and institutional racism cause. “Racism attacks people’s physical and mental health. And racism is an ongoing public health crisis that needs our attention now,” said the APHA. The group went on to say discrimination can be seen in all aspects of life, including housing, education, the criminal justice system, and employment and it has been amplified during this pandemic as communities of color face inequities “in everything, from a greater burden of COVID-19 cases to less access to testing, treatment, and care.”

Last week, the American Medical Association’s (AMA) president and board chair teamed up to issue a joint statement that “police brutality must stop,” as CNN reported.

“AMA policy recognizes that physical or verbal violence between law enforcement officers and the public, particularly among Black and Brown communities where these incidents are more prevalent and pervasive, is a critical determinant of health and supports research into the public health consequences of these violent interactions,” the statement said.

“Recognizing that many who serve in law enforcement are committed to justice, the violence inflicted by police in news headlines today must be understood in relation to larger social and economic arrangements that put individuals and populations in harm’s way leading to premature illness and death,” they wrote, as CNN reported. “Police violence is a striking reflection of our American legacy of racism — a system that assigns value and structures opportunity while unfairly advantaging some and disadvantaging others based on their skin color.”

The statement also cited studies that people of color can suffer mental health consequences and feelings of trauma just by knowing that unarmed black men were victims of police brutality. “Racism as a driver of health inequity is also particularly evident in findings from a 2018 study showing that law enforcement-involved deaths of unarmed black individuals were associated with adverse mental health among Black American adults — a spillover effect on the population, regardless of whether the individual affected had a personal relationship with the victim or the incident was experienced vicariously,” the AMA statement said.

“The trauma of violence in a person’s life course is associated with chronic stress, higher rates of comorbidities and lower life expectancy, all of which bear extensive care and economic burden on our healthcare system while sapping the strength of affected families and communities,” the statement continued, as CNN reported.

In a similar vein, the American College of Physicians (ACP) released a statement on Friday that its members are terribly concerned about “discriminatory enforcement and violence.”

“ACP has long held that hate crimes, prejudice, discrimination, harassment and violence against any person based on race, ethnicity, religion, gender, gender identity, sex, sexual orientation, or country of origin is a public health issue,” wrote Dr. Heather Gantzer, chair of the board of regents for the American College of Physicians, in the statement, as CNN reported. “The issue of how to ensure that policing does not result in discriminatory enforcement and violence is a multifaceted and complex one.”