This Ingredient May Be Responsible for Marijuana Vaping Lung Disease Outbreak 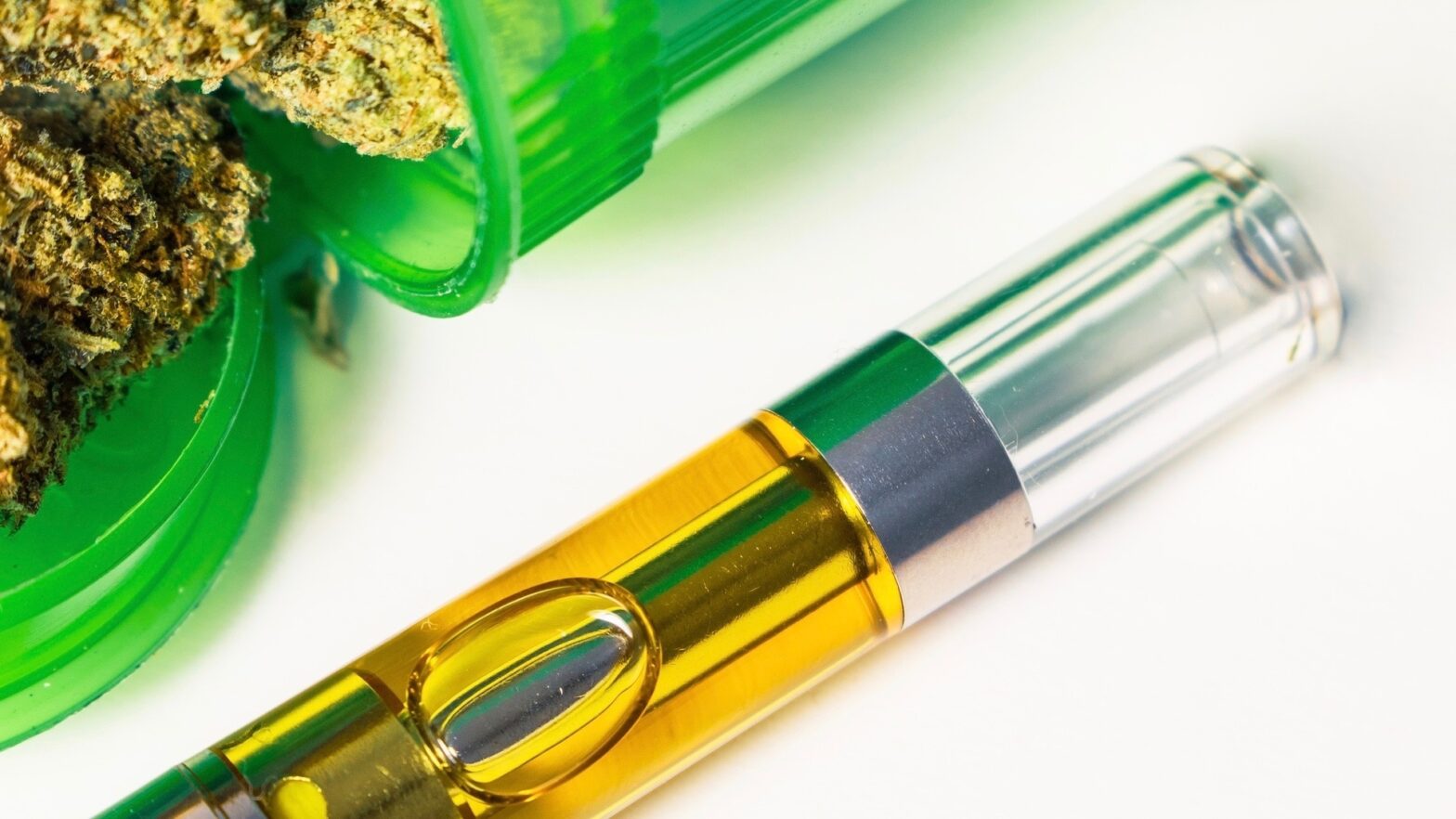 Vape pen with marijuana oil and medical marijuana in the background. It seems that the products were purchased off the street rather than in medical dispensaries. HighGradeRoots / iStock / Getty Images Plus

It’s still unknown exactly what is causing the epidemic of lung-illness from vaping that has afflicted at least 215 people in 25 states and killed two people, according to the FDA, but investigators in New York think they have pinpointed the culprit: Vitamin E, as NPR reported.

The New York Department of Health released a statement that very high levels of a vitamin E acetate compound were found in 13 samples of cannabis vape cartridges used by eight of the nearly three dozen patients in the state who have been hospitalized with vape-related lung disease, according to the New York Times.

Health investigators are looking at vitamin E acetate as a possible cause of a severe lung disease linked to vaping. https://t.co/6qHyGcmriA

“At least one vitamin E acetate containing vape product has been linked to each patient who submitted a product for testing,” according to a statement from the New York State Department of Health.

Vitamin E is a common nutritional supplement, but it is not meant to be inhaled. The additive is now the main focus of New York State’s investigation into vape-related pulmonary disease, according to Politico.

While New York may have a lead on a suspect, it is certainly not the end of the search for what is harming the lungs of e-cigarette users, particularly since vitamin E acetate has not been confirmed as a factor in the majority of cases in New York State.

“That’s the best theory, or hypothesis, we have right now,” said Dr. Howard Zucker, the New York State health commissioner, as the New York Times reported. “We haven’t ruled out there isn’t something else in the vaping material.”

“We urge the public to be vigilant about any vaping products that they or any family members may be using and to immediately contact their health care provider if they develop any unusual symptoms. In general, vaping of unknown substances is dangerous, and we continue to explore all options to combat this public health issue,” he said as CNN reported.

Vitamin E acetate is not approved as an additive in the state’s medical marijuana program. Nor was it found in the nicotine-based products that the state tested, according to the NYS Department of Health statement.

When it is “inhaled deep in the lung, [it] can cause problems,” Zucker told NPR. He went on to say that in some samples, the amount of vitamin E acetate was as high as 50 percent of the liquid in the vaping cartridge.

It seems that the products were purchased off the street rather than in medical dispensaries.

“This is a situation of people buying products that have been laced with markedly elevated amounts of vitamin E,” said Zucker to NPR.

The FDA, which is also investigating the outbreak of lung-disease in healthy people who vape, cautioned that there is no magic bullet in identifying a cause. The FDA is also testing a wider range of samples.

“The number of samples we have received continues to increase and we now have over 100 samples for testing,” wrote FDA senior adviser Michael Felberbaum in an emailed statement, as NPR reported “The FDA is analyzing samples submitted by the states for the presence of a broad range of chemicals, including nicotine, THC and other cannabinoids along with cutting agents/diluents and other additives, pesticides, opioids, poisons and toxins. No one substance, including Vitamin E acetate, has been identified in all of the samples.”

Vaping Damages Blood Vessels After Just One Use, New Study Says via @EcoWatch "Nobody knows what it does to the human lung to breathe in and out aerosolized propylene glycol and glycerin over and over. We will find out, years from now" #vaping #popcornlung https://t.co/tPJ3IfoTWa