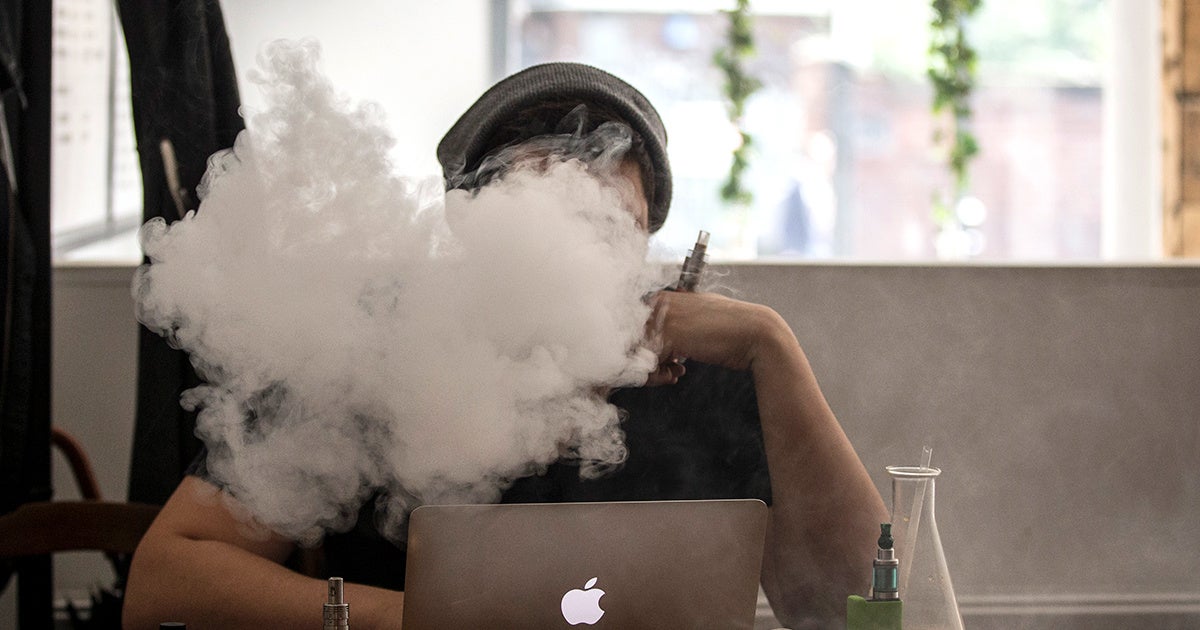 A man smokes an E-Cigarette in the Vape Lab coffee bar, on Aug. 27, 2014 in London, England. Dan Kitwood / Getty Images

The number of young people needing hospitalization due to vaping in Wisconsin and Illinois continues to climb after 14 young people in those two states were admitted for breathing problems, health officials from both states announced last week, as CNN reported.

Seven other cases are also under investigation in Wisconsin, the Wisconsin Department of Health and Services said in a statement, while issuing a warning that the department strongly advises people to refrain from using e-cigarettes.

“We are currently interviewing patients, all of whom reported recent vaping,” said Department of Health Services Secretary-designee Andrea Palm, in the DHS statement. “Our disease investigators continue to gather information about the names and types of vape products that were used in hopes of determining a common link. We strongly urge people to avoid vaping products and e-cigarettes. Anyone—especially young people who have recently vaped—experiencing unexplained breathing problems should see a doctor.”

The Centers for Disease Control has now joined the investigation.

All of the patients had severe lung damage, and presented with symptoms such as shortness of breath, fatigue, chest pain, and weight loss. The severity of illness has ranged, with some needing medical assistance to breathe. Most patients have improved, but it is unknown if they will suffer long-term effects from the damage, according to Gizmodo.

Another Wisconsin man in his mid-20s was put in a medically induced coma after using a vape cartridge containing THC that he bought on the street, according to Fox6 News in Milwaukee, Wisconsin. It caused trauma to his heart and lungs.

The 11 teenagers who were hospitalized in Wisconsin were normally healthy teenagers, “and they were coming in with severe respiratory illnesses, and in some cases, they actually had to go to the intensive care unit and were placed on ventilators,” said Thomas Haupt, a respiratory disease epidemiologist with Wisconsin’s Department of Health Services, to CNN.

In both Illinois and Wisconsin, doctors remain unclear what caused the severe respiratory reactions. The only link so far is vaping “but we don’t know what they vaped, where they got their vaping liquids, all this needs to be determined at this point,” said Haupt, as CNN reported.

Doctors at Children’s Hospital of Wisconsin, where most of the hospitalized teens were treated, issued a warning that echoed the state’s Department of Health Services.

“Vaping in teenagers is something that’s harming our kids and we want that to be loud and clear,” said Dr. Michael Gutzeit, chief medical officer, as Fox6 News reported. “We don’t have lot of information about the long-term effects and sometimes even the short-term effects.”

The explosion of vaping amongst teenagers has forced the FDA to usher in stricter regulations around e-cigarettes and their related products, while certain municipalities like San Francisco are trying to push through strict bans on using them in public spaces, as Gizmodo reports.

The regulations come as the scientific community starts to sound the alarm bells on e-cigarettes. Last year, a committee at the National Academies of Sciences, Engineering and Medicine said there is “conclusive evidence that in addition to nicotine, most e-cigarette products contain and emit numerous potentially toxic substances,” as CNN reported.