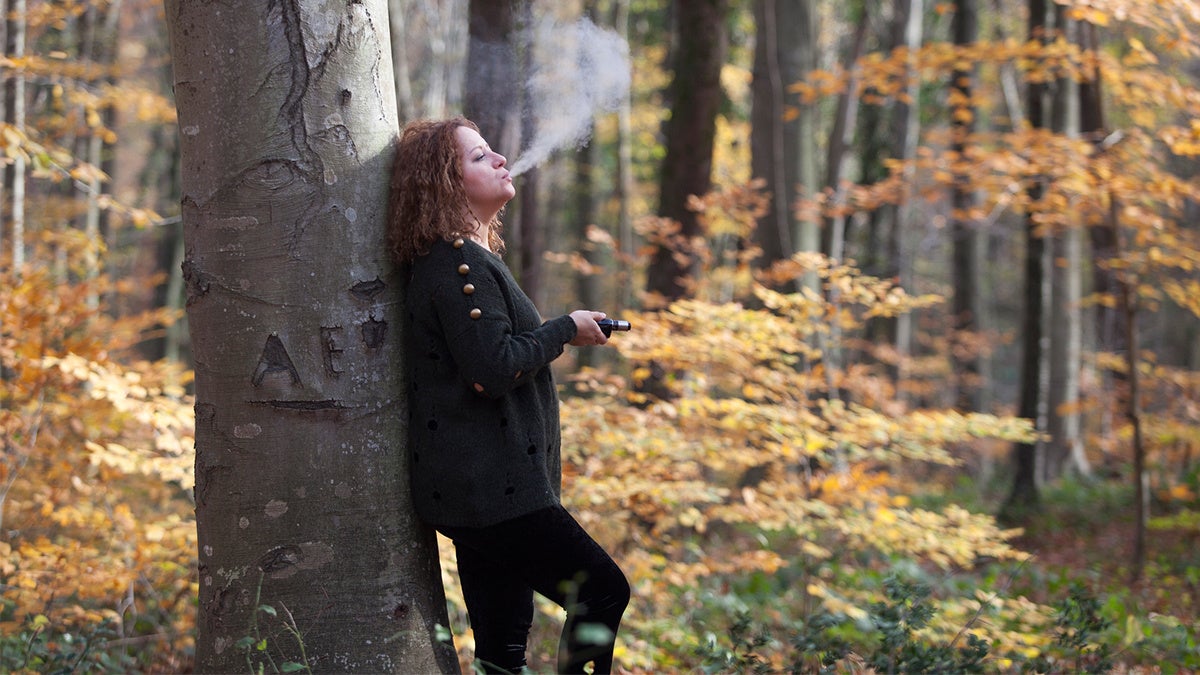 Vaping impaired the circulatory systems of people in a new study. bulentumut / iStock / Getty Images Plus

Vaping one time — even without nicotine — can damage blood vessels, reduce blood flow and create dangerous toxins, according to a new study published in the journal Radiology.

The study found that the heat created when e-cigarettes turn liquid into vapor stirs the compounds into toxic particles, which damage blood vessels. To perform the study, researchers at the University of Pennsylvania Perelman School of Medicine took an MRI scan of 31 healthy non-smokers before and after vaping nicotine-free e-cigarettes.

The study participants took 3-second drags 16 times on an e-cigarette that had tobacco flavoring and sweeteners, but no nicotine, as NBC News reported. The researchers found that after vaping, blood flow decreased in the femoral artery — the main artery that delivers blood to the thigh and the leg. In fact, the participants had had worse circulation, stiffer arteries and less oxygen in their blood.

“The results of our study defeat the notion that e-cigarette vaping is harmless,” said Felix Wehrli, the study’s principal investigator, as Wired reported.

“Beyond the harmful effects of nicotine, we’ve shown that vaping has a sudden, immediate effect on the body’s vascular function, and could potentially lead to long-term harmful consequences,” he said in a statement released by the University of Pennsylvania.

The changes that Wehril and his team noticed reflect the same process in the initial steps of the development of cardiovascular disease, as CNN reported. Though, to be fair, that takes many years to develop.

The study’s lead author, Alessandra Caporale, said in a statement that these findings suggest that vaping can cause significant changes to the inner lining of blood vessels.

“E-cigarettes are advertised as not harmful, and many e-cigarette users are convinced that they are just inhaling water vapor,” Caporale said in a statement. “But the solvents, flavorings and additives in the liquid base, after vaporization, expose users to multiple insults to the respiratory tract and blood vessels.”

The notion that e-cigarettes are not harmful has faced a backlash recently for marketing its sweet vaping juices to kids. Recently, nearly 100 teens in 14 states reported lung damage after vaping, including 14 hospitalizations in just two states earlier this month, as EcoWatch reported. The problem has gotten so severe that last week the Centers for Disease Control announced it would launch an investigation into the health consequences of smoking e-cigarettes.

While many doctors believe that vaping is healthier than smoking cigarettes, the unknown long-term effect of flavorings, particles, heavy metals and other components used in e-cigarettes has them worried, according to CNN.

This spring, another study that CNN reported on found that e-cigarette flavors, or juice, had toxic effects including weaker cell survival and increased inflammation.

“Inhaling chemicals into your lungs is dangerous,” said Erika Sward, a spokesperson for the American Lung Association, which does not recommend that anyone use e-cigarettes, as Wired reported. “E-cigarettes are guilty until proven innocent and we are very much in the guilty stage.”

“Nobody knows what it does to the human lung to breathe in and out aerosolized propylene glycol and glycerin over and over. It’s an experiment, frankly,” said Dr. Robert Jackler, founder of Stanford Research Into the Impact of Tobacco Advertising, at a congressional hearing in July. “We will find out, years from now, the results.”