Could the Climate Crisis Spell the End for Maine Lobster? 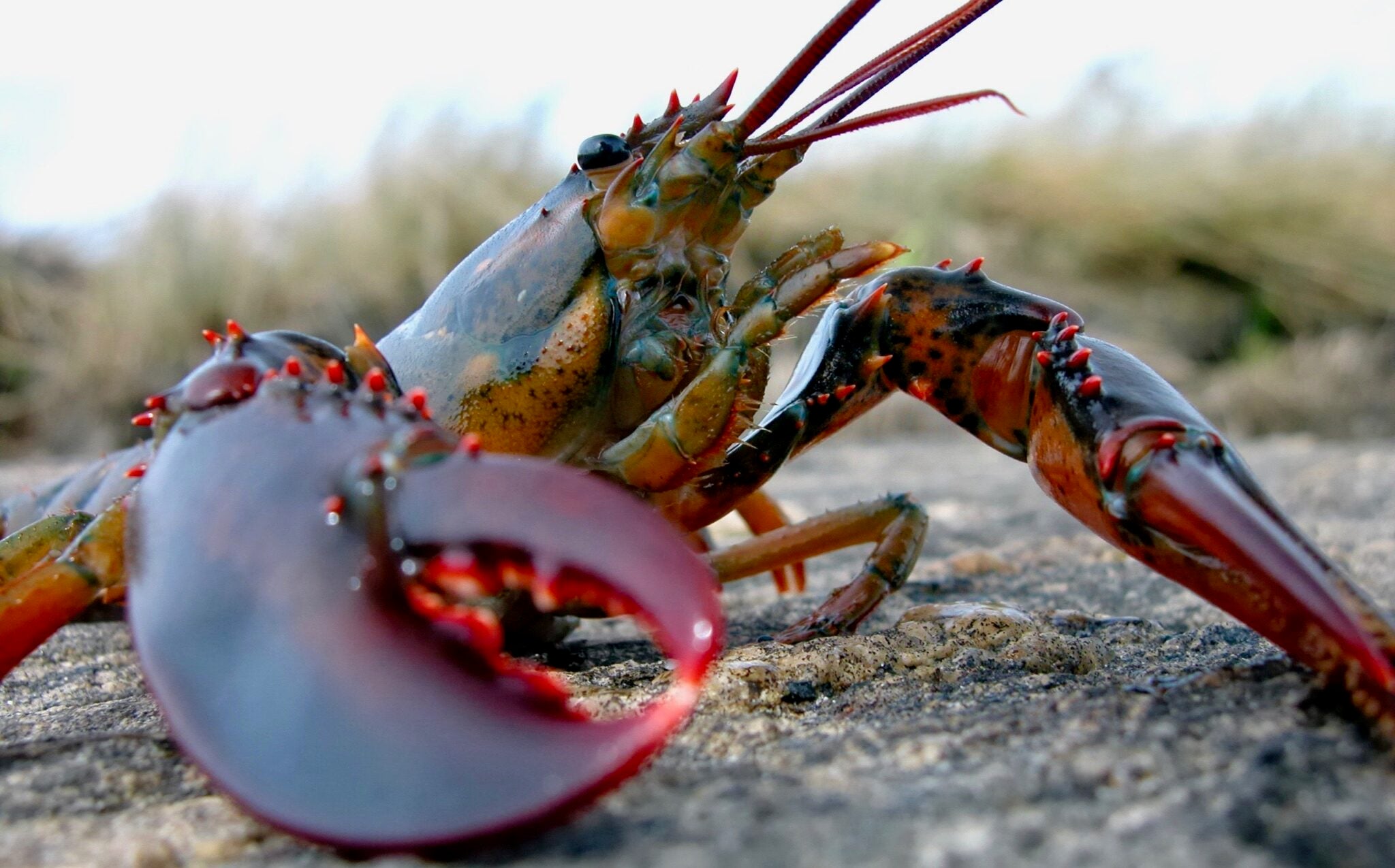 Kristan Porter grew up in a fishing family in the fishing community of Cutler, Maine, where he says all roads lead to one career path: fishing. (Porter’s father was the family’s lone exception. He suffered from terrible seasickness, and so became a carpenter.) The 49-year-old, who has been working on boats since he was a kid and fishing on his own since 1991, says that the recent warming of Maine’s cool coastal waters has yielded unprecedented lobster landings.

“The temperature of the Gulf of Maine is creating the right conditions for lobster, so it’s helped our industry—and it’s been a big boost for the Maine economy,” Porter, the current president of the Maine Lobstermen’s Association, said. “But you never know what lies ahead. If it continues to warm, it may end up going the other way.”

The Gulf of Maine is setting frequent temperature records and warming faster overall than 99 percent of the world’s oceans, due in large part to climate change. Meanwhile, its lobster population skyrocketed by 515 percent between 1984 and 2014. In 1990, for example, lobster landings in Maine totaled 28 million pounds. Ten years later that figure was up to 57 million pounds. And in every year since 2011, the take has exceeded 100 million pounds, peaking at 132.6 million pounds in 2016 and turning lobster into a half-billion-dollar industry for the state.

Fishermen like Porter have been reaping the benefits of the boom, but he’s right — as the Gulf of Maine’s waters inevitably continue to warm, lobster populations will almost certainly decrease. The crustaceans thrive at temperatures between 61 and 64 degrees Fahrenheit. Once the water hits 70 degrees, its oxygen levels plummet, to the detriment of a host of marine plants and animals, lobsters included. According to a 2018 study, the gulf’s lobster population could fall by 40 to 62 percent over the next 30 years, returning the industry — the nation’s most valuable fishery — to early-2000s numbers.

“Temperature is a big part of the story here,” said Andrew Pershing, chief scientific officer at the Gulf of Maine Research Institute (GMRI) and a coauthor of the study. “Lobster is likely to decline, and that’s obviously more worrisome in the North, where it has been booming.” 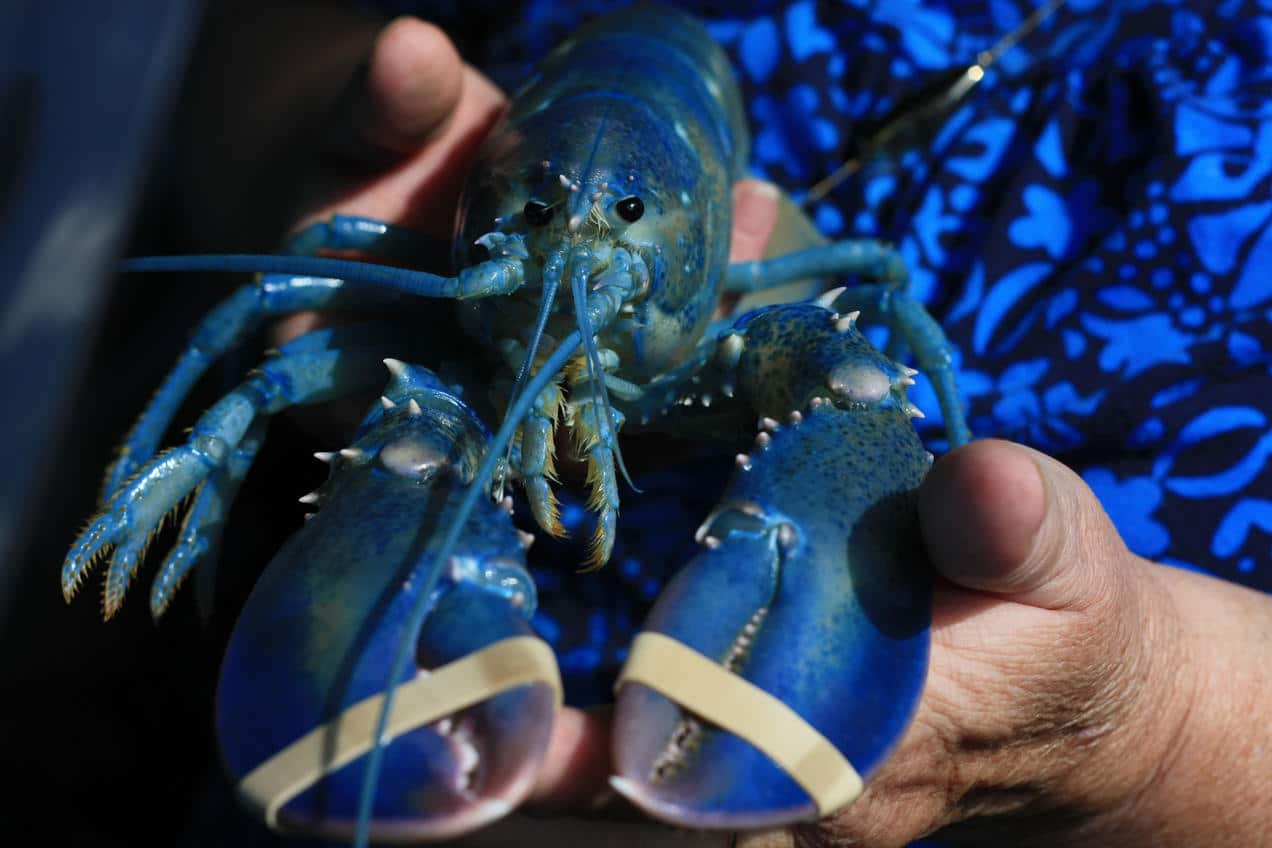 Maine lobsters are normally brown, but about one in every two million is blue.

Marine scientist Susie Arnold of the Rockland, Maine–based Island Institute notes that rising temperatures have also contributed to a decline in other fisheries like shrimp, cod and scallops, leaving fishermen in Maine precariously dependent on the thriving lobster populations. “A lot of fishermen in coastal communities in Maine are relying on just one fishery, and as we’re seeing the impacts of climate change, that definitely gets people worried,” she said. In response, Arnold and her colleagues are encouraging fishermen to think about diversification opportunities like aquaculture. “We’re trying to help coastal communities maintain their cultural heritage, and a large part of that has to do with making a living off a healthy marine ecosystem.”

State lawmakers, too, are taking note of the warming trend and rising up in support of climate action. Maine Governor Janet Mills cited concerns about climate change impacting the lobster industry in her February announcement that the state would join the U.S. Climate Alliance. She has also linked the recent creation of a Maine Climate Council and ambitious statewide renewable energy goals to the health of local fisheries. (Mills recently signed several climate bills into law that will help the state transition to 80 percent renewable energy by 2030 and reduce emissions 80 percent below 1990 levels by 2050.)

Such a head-on response to the impacts of climate change facing Maine offers a much-needed boost to the future of both lobsters and the coastal communities that rely on the fishery. Meanwhile, the iconic sea creatures have already benefited from generations of conservation efforts, as noted by Pershing and his fellow researchers. In addition to heeding minimum and maximum catch size limits, fishers must refrain from taking any egg-bearing female lobsters. Instead, when they catch these breeders, they clip their tails with a “V notch,”—a mark that will stay with a lobster through several molts—then release them. (The clipped tail signals to other fisherman who may encounter the same lobsters that they are off-limits.)

Porter and other fisherman liken this investment in the future of the industry to putting money in the bank. And marine scientists, including NRDC’s Lisa Suatoni, call it smart climate policy. “Leaving these large, fecund females in the water is a really good idea in the context of a rapidly changing environment,” Suatoni said. “It isn’t just fixated on how to get maximum sustainable yield but also expanding our objective to also get increased ecological or evolutionary resilience.”

The decline of the lobster industry in Massachusetts, Connecticut and Rhode Island, where waters are warmer and regulations less stringent than in Maine, serves as a cautionary tale for their northern neighbor. Landings in southern New England shrank by as much as 70 percent from 1997 to 2007, but the industry has resisted many conservation measures, and again rejected fishing restrictions brought to the table by the Atlantic States Marine Fisheries Commission in 2017.

The proposed restrictions would have changed the legal harvesting size and reduced the number of traps allowed per fisherman, among other regulation changes. Had Maine followed the same lax approach, Pershing and his colleagues estimate that lobster populations in the Gulf of Maine would have increased by less than half as much as it did during their 30-year study period.

While Pershing praises Maine’s forward-looking approach for boosting the resilience of its lobster industry in the face of the growing climate crisis, “there’s a limit to how much we can adapt and how much we can manage around it,” he said. “When you look beyond 2050 in a high-CO2 world, it’s a scenario where fisheries are really challenged no matter where you look in the country. We have to figure out how to avoid that because everything gets so much more difficult in that world—and we can make that case in a really concrete way with some of the fishery models.”

Pershing says that climate change is having impacts up and down the food chain in the Gulf of Maine. For example, a sharp decline in a species of tiny copepod — a shrimp-like creature that is a favorite food of herring, seabirds and endangered right whales — is putting further stress on these creatures.

“These aren’t just faraway changes that are happening in the ocean where nobody really sees them,” Pershing said. “There are real consequences for the Gulf of Maine and the communities that live on the coast.”

Nicole Greenfield is a writer at NRDC whose articles on religion, the environment, popular culture and social justice have appeared in many publications.