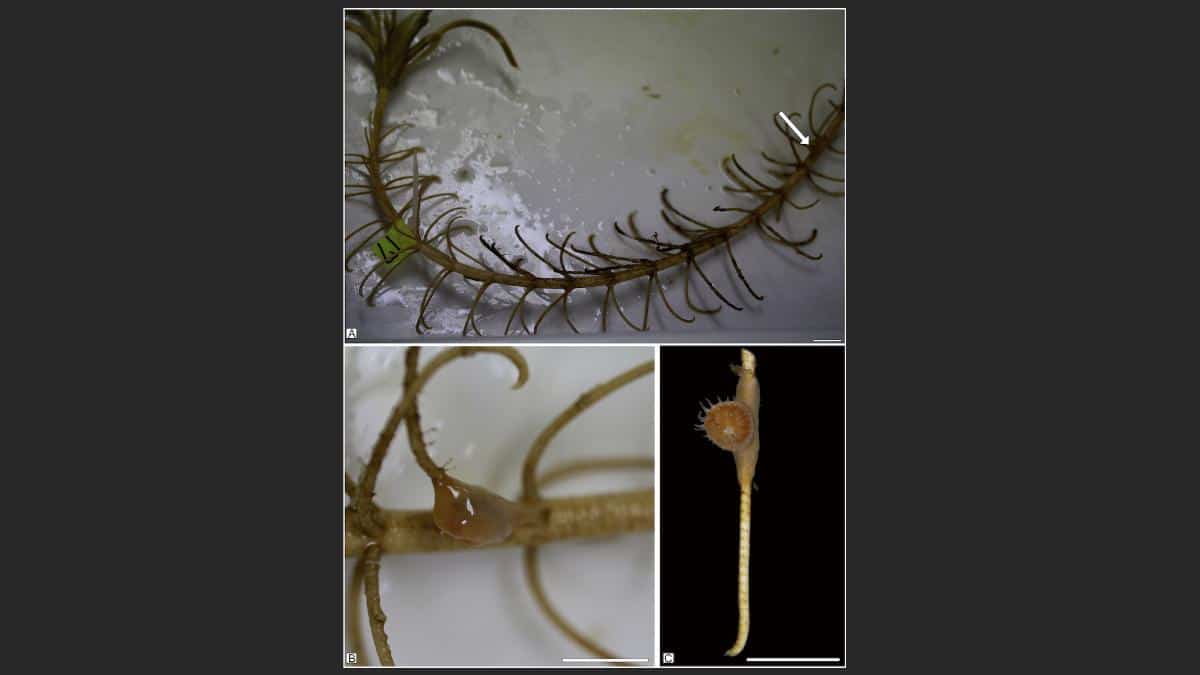 In the deep waters off the coast of Japan, scientists have rediscovered a relationship that has not been observed in 270 million years.

The scientists, led by University of Warsaw geology professor Mikołaj Zapalski, recorded examples of non-skeletal corals growing on sea lilies, or crinoids. This phenomenon was common during the Paleozoic era — between 542 million years ago to 251 million years ago — only to vanish from the fossil record.

“The coral-crinoid associations, characteristic of Palaeozoic benthic communities, disappeared by the end of Permian, and this current work represents the first detailed examination of their rediscovery in modern seas,” Zapalski and his team wrote in Palaeogeography, Palaeoclimatology, Palaeoecology last month.

In the Palaeozoic ocean, it was very common for corals to grow out of sea lily stems, Science Alert explained. This enabled the corals to extend from the seafloor to the water column, where stronger currents made filter feeding is easier.

However, the latest fossil documenting this symbiotic relationship dates from around 273 million years ago. After that, the specific species of corals and sea lilies that had interacted in this way went extinct, and there was no evidence that other species carried on the relationship.

The new paper changes that. In 2015 and 2019, the Polish and Japanese research team collected specimens off the Japanese coast in Honshu and Shikoku, the study explained. The specimens were found in waters as deep as 146 meters (approximately 479 feet). They consisted of two species of corals growing from the stems of Japanese sea lilies (Metacrinus rotundus). The corals in question were a type of sea anemone known as Metridioidea and a very rare hexacoral from the genus Abyssoanthus, according to Science Alert.

Zapalski called his team’s discovery a “living fossil” in a University of Warsaw press release. However, the contemporary specimens have one key difference from the Paleozoic ones: the corals do not appear to alter the sea lilies’ skeletons, as microtomography scanning revealed.

This difference could actually explain the hundred-million year gap in the fossil record, Science Alert explained. Soft corals do not usually leave fossils, so if corals were growing on sea lilies without altering their structure, it would likely be lost to time.

This also means that the new find can help researchers better understand the relationship in Paleazoic times.

“Understanding of the ecology of past ecosystems is impossible without a deep knowledge of their modern analogues,” the study authors wrote.

Now, they finally have their analog.

“These specimens represent the first detailed records and examinations of a recent syn vivo association of a crinoid (host) and a hexacoral (epibiont), and therefore analyses of these associations can shed new light on our understanding of these common Palaeozoic associations,” the study authors wrote.