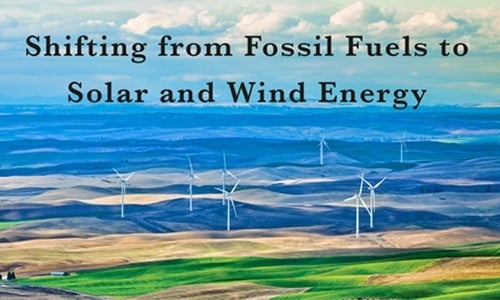 The worldwide transition from fossil fuels to renewable sources of energy is under way. As fossil fuel resources shrink, as air pollution worsens, and as concerns about climate instability cast a shadow over the future of coal, oil and natural gas, a new world energy economy is emerging. The old economy, fueled largely by coal and oil, is being replaced with one powered by solar and wind energy. 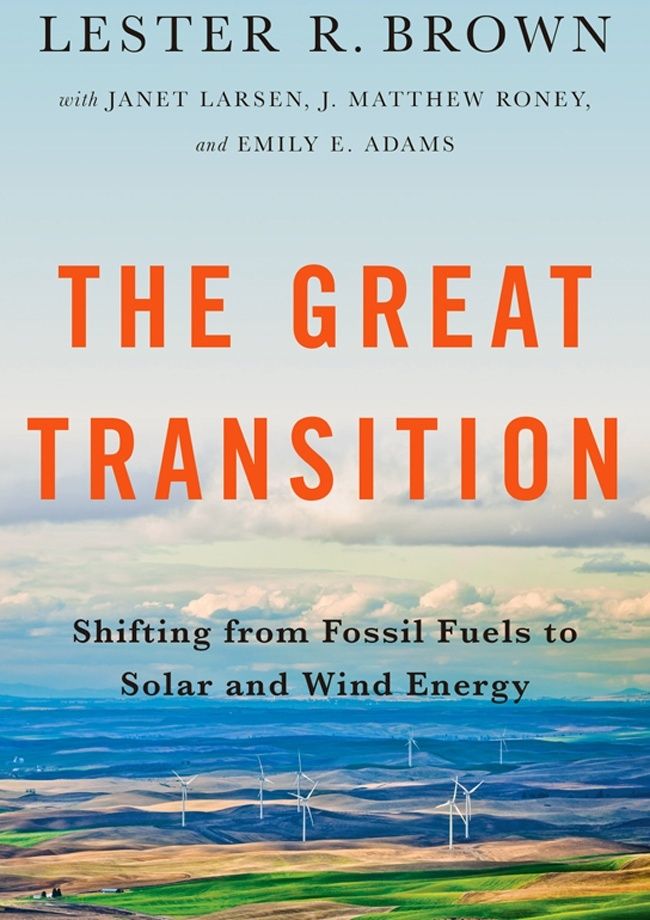 In the U.S., the energy transition can be seen in the hundreds of utility-scale solar power plants under development or construction in the Southwest. Iowa and South Dakota are each generating at least 26 percent of their electricity from wind farms. Iowa’s share could reach half by 2018.

Texas, which now gets 10 percent of its electricity from wind, is building huge wind farms and the long-distance transmission lines that will facilitate the sale of low-cost wind-generated power in Louisiana and Mississippi.

Looking overseas, Denmark, a wind pioneer, is getting close to 40 percent of its electricity from the wind. In China, electricity from wind farms has eclipsed that from nuclear power plants.

The worldwide use of solar cells to convert sunlight into electricity is expanding by more than 50 percent a year. In addition to millions of rooftop installations, thousands of utility-scale solar projects are now under development or construction. At peak power, the solar systems installed worldwide by 2014 could match the output of at least 100 nuclear reactors.

The costs of both solar- and wind-generated electricity are falling fast, undercutting fossil fuels in more and more electricity markets. In parts of Australia, which is experiencing a solar boom, the cost of producing electricity from the sun has fallen well below that from coal. Even if the coal itself were free, coal-fired generation couldn’t compete with solar.

Falling costs for solar and wind energy are opening the door for massive investments in Africa, leading to more renewable installations there in 2014 than during the preceding 14 years.

Several concerns are driving the transition from fossil fuels to renewables. One of these is concern about climate change and its effect on our future. Another is the health impact of breathing air polluted by burning fossil fuels, as seen in the three million people who die each year from illnesses related to outdoor air pollution. A third is the desire for local control over energy production and overall energy security.

And as the need for clean alternatives to coal and oil becomes apparent, there is growing interest in solar and wind energy within the investment community. This includes not only investment banks but also several billionaires, including Warren Buffett and Ted Turner, who are plowing vast sums of money into renewable energy. The influx of “smart money” into this new segment of the energy economy suggests that much more investment will likely follow.

The energy transition will change not only how we view the world but also how we view ourselves. With rooftop solar panels to both power homes and recharge car batteries, there will be a personal degree of energy independence not known for generations.

This century, as the world shifts to solar and wind, we are witnessing the localization of the energy economy. Instead of coming from halfway around the world, our energy will be as close as the rooftops over our heads. Instead of a few countries producing and controlling most of the world’s energy, people everywhere will be in the energy business, producing and managing their own energy supply. Smokestacks that dirty the air and alter the climate will be replaced by solar panels residing on our rooftops and fields of wind turbines turning gracefully in the distance. Welcome to the clean energy era.

Chapter 1 of The Great Transition: Shifting from Fossil Fuels to Solar and Wind Energy is available for free online at www.earth-policy.org/books/tgt. Supporting data and a PowerPoint summary presentation are also available for free downloading.