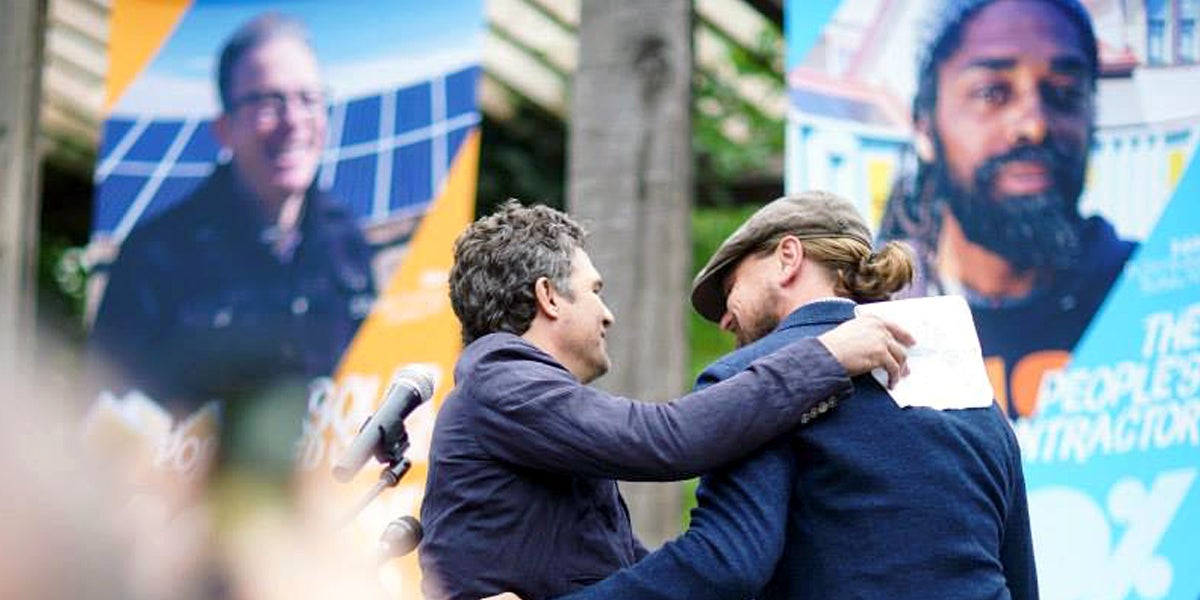 One year after establishing itself as a climate and clean energy funder, The Solutions Project is launching the Fighter Fund, a new grant-making program for community-based groups on the front lines of the fight for clean energy and climate justice. The Fighter Fund is designed to be a highly responsive source of money that invests in change makers as change is happening. Plans call for the Fighter Fund to respond to most applicants’ requests in a matter of days, instead of the months traditional philanthropic funding decisions can often take. 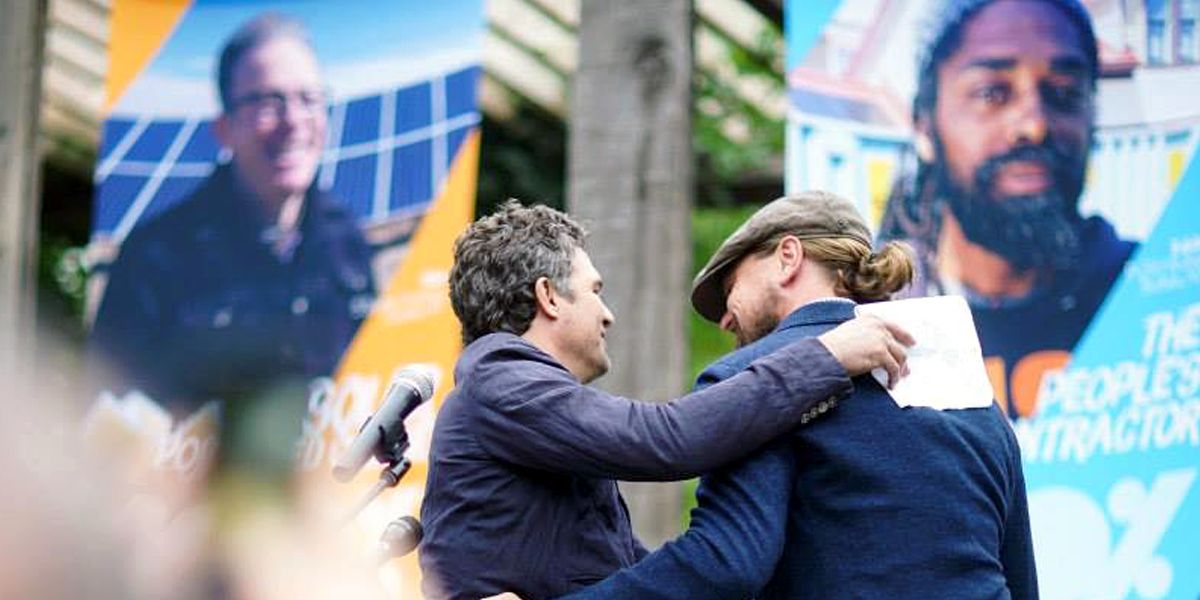 Mark Ruffalo and Leonardo DiCaprio at an event hosted by The Solutions Project. Kelly Taub / BFA.com

“Often philanthropy can’t keep up with what’s happening on the ground,” said Tyler Nickerson, director of investments and state strategy at The Solutions Project, a national nonprofit organization dedicated to 100 percent clean energy for all. “The Fighter Fund is designed to make small grants at key movement moments so that homegrown, frontline groups working with regular people from Alaska to Alabama to Alberta can empower and mobilize communities.”

The grants, topping out at $15,000 each, will be available on a rolling basis to nonprofits throughout the U.S., Mexico and Canada. Groups are encouraged to apply when this money would make a tangible difference in their work.

“If we want real change—a sunlight revolution—we have to support fighters on the front lines,” said The Solutions Project Co-Founder Mark Ruffalo, who came up with the idea and the name for the Fighter Fund and recruited his fellow actor Leonardo DiCaprio and other donors to co-fund the effort.

“I’m excited about this innovation in clean energy philanthropy. We’re creating a nimble source of funding that sends money where it’s needed, when it’s needed, to support bold action, collaboration and leadership in communities across the continent.”

Examples of occasions when nonprofits could successfully apply for funding include:

The Fighter Fund grew out of The Solutions Project’s first year of grant making through the 100% Leadership Fund, which so far has invested nearly $1 million supporting nonprofits working for clean energy in the states of Iowa, New York and California.

“The 100% Leadership Fund involves bigger investments and longer-term commitments to organizations across the country,” Nickerson said. “But we need to be able to move money faster and more strategically to keep pace with what is going on with the climate justice movement. The Fighter Fund allows us to do that—and to make riskier frontline bets.”

Earlier this year, 100% Leadership Fund grants went to Iowa groups involved in working on that state’s astonishing progress in wind energy. Iowa now gets more than 31 percent of its electricity from wind power and Gov. Terry Branstad, a Republican, is calling for Iowa to hit 40 percent wind power in the next five years.

Most recently, The Solutions Project announced fresh 100% Leadership grants to groups working for policies that advance clean energy in the state of New York. As part of the NY Renews coalition, they launched an effort to make New York Gov. Andrew Cuomo’s ambitious clean energy targets—including 50 percent renewable energy by 2030, which is one of the country’s most ambitious clean-energy goals—first benefit working families. In June, the coalition cheered as the New York Assembly passed the nation’s most ambitious climate bill, requiring that greenhouse gas emissions from major sources fall to zero by 2050 while safeguarding economic and environmental justice.

“We take a hybrid approach: We inspire action through our 100% campaign, while also providing direct financial support to grassroots organizations across the country. To achieve 100 percent clean energy for 100 percent of the people, we must all give our 100 percent. We know these investments will help get us there.”

The 100% Leadership Fund and the Fighter Fund are generously supported by the Leonardo DiCaprio Foundation, Sara & Evan Williams Foundation, JPB Foundation and Franciscan Sisters of Mary.