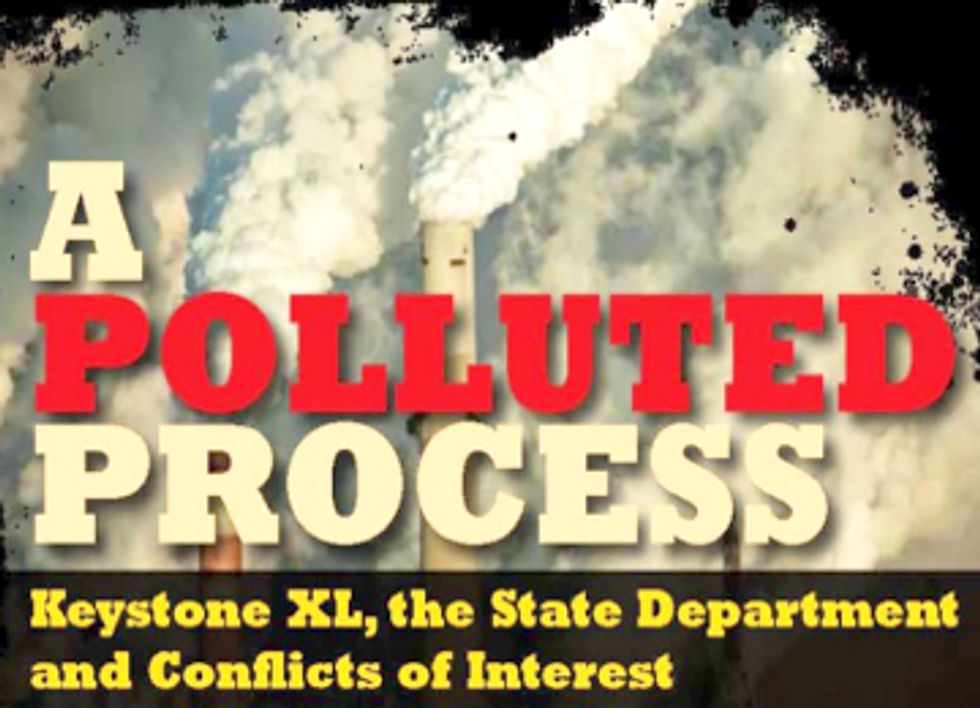 Keystone XL pipeline proponents are hoping to force President Obama's hand by short-circuiting the State Department's ongoing review of the pipeline's environmental impact. So far the White House is standing firm. “The president has demonstrated his fidelity to the State Department finishing its review, as part of the transparent and rigorous process that will determine whether the pipeline is in the best interests of the U.S. That’s how this merit-based determination will be made,” a spokesman said.

But just how “transparent and rigorous” and "merit-based" has the review really been? The truth is that from day one, the State Department's review of the pipeline has been polluted by conflicts of interest, insider lobbying and the heavy hand of Big Oil. A new infographic released by Friends of the Earth and 350.org gives the details: to conduct the crucial evaluation of the pipeline's environmental impacts, the State Department has repeatedly turned to contractors hand-picked by pipeline builder TransCanada. So it's no wonder that the Canadian government, TransCanada, Congressional Republicans and the oil industry have all along all lavished praise on the State Department's reviews of Keystone XL.

Following scandals with the first two environmental reviews the job was given to Environmental Resources Management (ERM), which lied on its conflict of interest disclosure form when it said it had no business relationship with TransCanada or other oil companies with a stake in the tar sands. ERM's lies and its longstanding, deep connections with the global petroleum industry, have led to a conflict of interest inquiry by the State Department's inspector general, which is expected to be done early next year.

Follow the trail of the tainted process, and it's clear that the pipeline's review has been severely compromised at every turn. The fact is that President Obama already has enough information to reject the pipeline. It will increase global warming, pose a risk to clean water and farmland along its 1,700 mile route from Alberta to the Gulf Coast, provide fewer than three dozen permanent jobs, and most of its oil will not end up in Americans' gas tanks but will be exported overseas. The bottom line: it's not in the national interest, and President Obama should reject it.