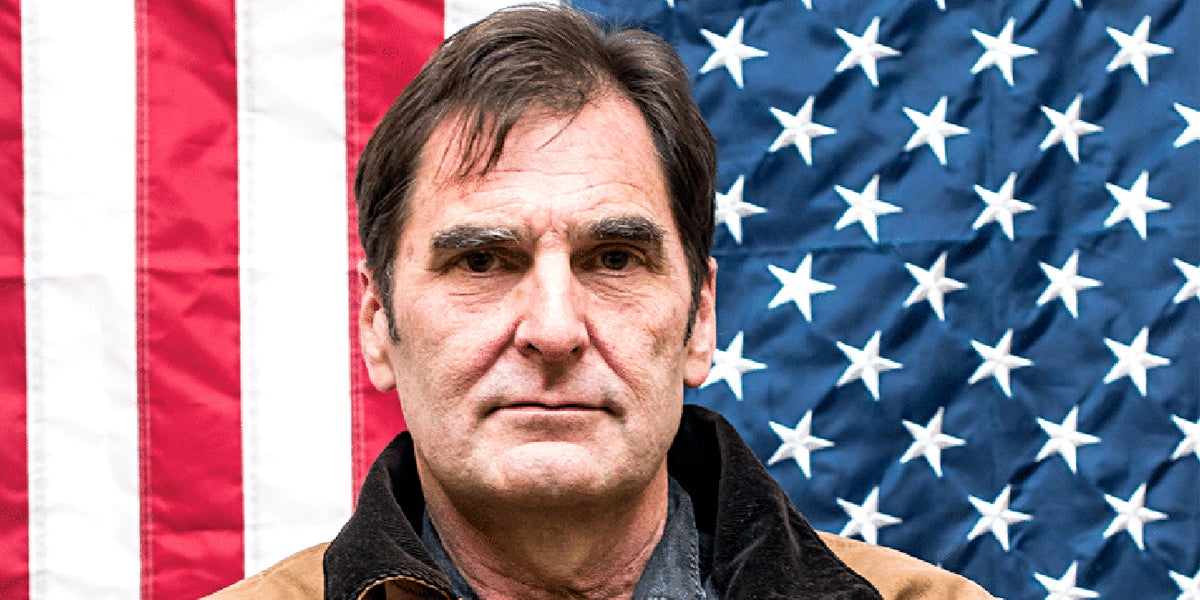 [Editor’s note: Skagit County jury did not convict Ken Ward of two felony counts stemming from an act of civil disobedience in October 2016. After more than five hours of deliberation, Ward’s three-day trial ended in a hung jury, with at least one juror refusing to convict. The judge officially declared a mistrial. There will be a conference next week to see if they plan to schedule a new trial. “In five hours, the jury was unable to decide that with all of the evidence against me, including the video of me closing the valve, that this was a crime,” said Ken Ward after the decision. “I didn’t contest a single piece of the evidence, only presented my story and evidence of catastrophic climate change. This is a tremendous outcome.”]

The trial began on Monday for Ken Ward, a climate activist and co-founder of the Climate Disobedience Center, who risks spending 30 years in prison for shutting down a pipeline carrying tar sands crude last October.

At the time, 59 year old Ward, who shut down the Kinder Morgan Trans-Mountain Pipeline in Anacortes, Washington, said his actions were “to avert climate catastrophe and stand with the Standing Rock water protectors. We must stop the fossil fuel industry in its tracks.”

https://twitter.com/climatehawk1/status/786280526575382528, but I know that there’s tremendous controversy over the fact whether it even exists. And even if people believe that it does or it doesn’t, the extent of what we’re doing to ourselves and our climate and our planet, there’s great controversy over that.”

The county judge made the comments last week when Ward’s legal team were requesting to present a “necessity defense” in court. They wanted to argue that non-violent direct action was justified to stop climate change, after a legal precedent was set last year by a judge in Washington state in the trial of the Delta Five anti-oil train activists.

Ward told the Guardian about Judge Rickert’s refusal to allow such a defense to proceed to full trial: “I thought it was shocking and deeply worrisome for my case. We are in the late stages of global collapse and to have someone who is presumably as knowledgeable and aware as a judge should be blithely dismissing the biggest problem facing the world is chilling.”

But that will not stop Ward making the case about climate change from the witness stand, no matter what the Judge has ruled. “I am going to talk a little bit about climate science,” Ward told Reuters. “I spent 30-some-odd years following only legal approaches. It’s only been in recent years that the scale of the problem and lack of a political solution leaves no choice but direct action.”

Although Ward’s trial is expected to be concluded this week, others will soon follow into court. Another one of the #ShutItDown “valve turners” is Annette Klapstein, a retired attorney, who argues that “our upcoming trials will be landmark test cases for direct action and the climate justice movement at a time when they’re more important and more vulnerable than ever. The trials will deliberate the legality of direct climate action, even as the government crackdown against it intensifies.”

Klapstein is prepared to go to jail to defend the climate. “When I weigh the possibility of my having to do significant prison time against the possibility that my actions may keep all of our children and grandchildren from living through the collapse of civilization due to catastrophic climate change, it’s no contest,” she said. “My conscience demands I put my body on the line to try to salvage a habitable planet for future generations.”

Another person who could face jail is Emily Johnston from Seattle who shut down a pipeline in Minnesota and who is charged with two felonies and two misdemeanors, facing a potential prison sentence of 22 years.

Writing at the end of last week, she outlined how the introduction of the Trump Administration will make protesting even more dangerous and difficult: “The only resonance I can imagine now would be the new administration’s glee at how quickly they could brand us ‘terrorists,’ as they set about the business of dismantling environmental protections just when we need to redouble efforts to take care of our only home.”

And as we all strive to take care of our planet, we all have reason to be worried by Trump and his climate change-denying cronies.