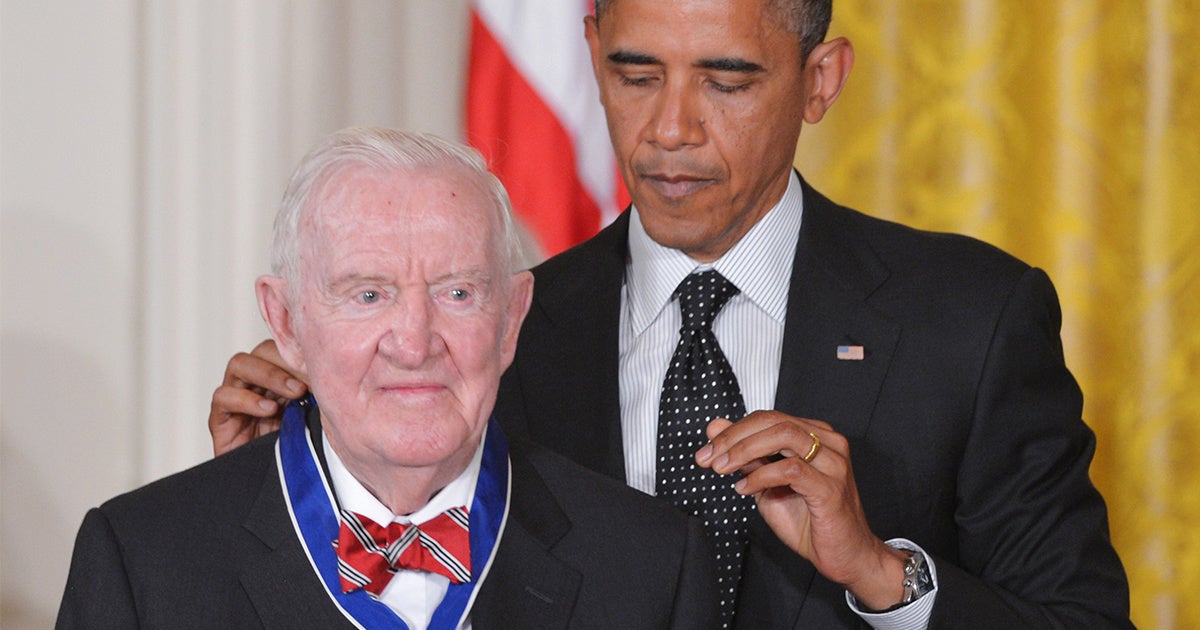 Retired Supreme Court Justice John Paul Stevens, who was appointed by President Gerald Ford in 1975, was presented with the Presidential Medal of Freedom by President Barack Obama on May 29, 2012. MANDEL NGAN / AFP / GettyImages

“Justice John Paul Stevens was one of the great environmental heroes of the last century,” Washington Gov. and climate-focused presidential candidate Jay Inslee wrote in a statement following his death. “His decisions formed the bedrock of America’s environmental laws, and his impact on our environment will be felt for generations to come.”

Justice John Paul Stevens was one of the great environmental heroes of the last century. His decisions formed the bedrock of America's environmental laws, and his impact on our environment will be felt for generations to come.

Stevens was appointed to the court by President Gerald Ford in 1975 and retired in 2010 at the age of 90, having served more than twice the average amount of time for a Supreme Court Justice, the Associated Press reported. He was characterized as moving from the center to the liberal wing of the court during his tenure, but Stevens himself thought that was inaccurate. In his view, the court had moved to the right while his positions had stayed roughly the same.

“I don’t think of myself as a liberal at all,” Stevens told The New York Times in 2007, as the Associated Press reported. “I think as part of my general politics, I’m pretty darn conservative.”

However, Stevens did rule in favor of a number of positions considered liberal, including gay rights, abortion rights and gun control, according to Reuters. He also opposed key Bush administration policies. For example, he wrote the court’s decision that detainees at Guantanamo Bay could challenge their incarceration in U.S. courts.

Another disagreement with the Bush administration marked perhaps the cornerstone of his environmental legacy. In Massachusetts v. EPA, he wrote the majority opinion arguing that the U.S. Environmental Protection Agency (EPA) had the authority to regulate auto emissions that contribute to climate change, The New York Times reported at the time. Further, he ruled that, if the agency chose not to regulate greenhouse gases, it would have to justify its decision with science.

The Bush administration has argued that the EPA lacked the authority to regulate greenhouse gas emissions under the Clean Air Act and that, even if it had the power, the Bush EPA would not choose to use it. Stevens disagreed.

“Because greenhouse gases fit well within the Act’s capacious definition of ‘air pollutant,’ EPA has statutory authority to regulate emission of such gases from new motor vehicles,” Stevens wrote.

His decision paved the way for key Obama-era policies, such as the first auto-emissions standards focused on limiting climate-changing emissions, Grist wrote in a reflection on his retirement in 2010.

Stevens died in a hospital in Fort Lauderdale, Florida following complications from a stroke he suffered on Monday, according to a Supreme Court statement reported by Reuters. He was remembered fondly by his former colleagues.

“He brought to our bench an inimitable blend of kindness, humility, wisdom, and independence. His unrelenting commitment to justice has left us a better nation,” Chief Justice John Roberts said in the statement.