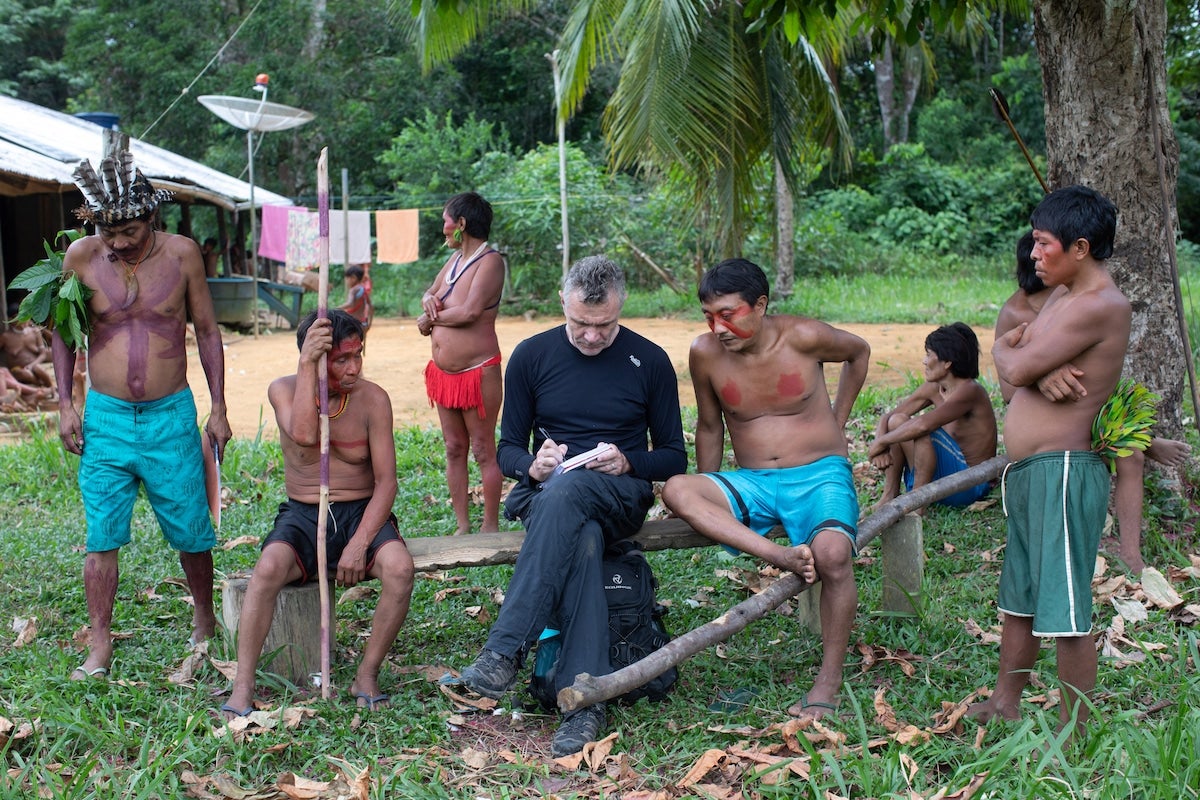 Dom Phillips, a British journalist who has lived in Brazil for more than ten years, and Bruno Araújo Pereira, an expert on isolated Amazonian Tribes, have been missing in Brazil’s Amazon since Sunday, reported The Guardian. They were last seen traveling by boat in a remote part of the Amazonas state’s Javari region. The area is known for drug trafficking and illegal mining. Phillips, who is 57, was working on a book on conservation.

Phillips has written widely about the Amazon region and the threats it faces, like the illegal gold mining infringing on Indigenous lands, and has been a long-time contributor to The Guardian and written for other publications like The Washington Post, BBC News reported. Pereira, who works with the Brazilian Indigenous National Foundation (FUNAI), is currently on leave. Indigenous rights groups said that, days before they disappeared, Phillips and Pereira had received threats.

“As I make this appeal they have been missing for more than 30 hours… [and] in the forest every second counts, every second could be the difference between life and death,” said Phillips’ wife Alessandra Sampaio, who lives with her husband in the Brazilian city of Salvador, as reported by The Guardian.

Phillips and Pereira had been expected to return to the city of Atalaia do Norte on Sunday, but never arrived. The men’s disappearance was reported by the Indigenous rights groups the Observatory for the Human Rights of Isolated and Recently Contacted Indigenous Peoples (OPI) and the Union of Indigenous Organizations of the Javari Valley (Univaja), BBC News reported.

Univaja said the men were last seen in the community of São Rafael early on Sunday, reported The Washington Post.

A search party was dispatched by Univaja, but found no sign of the two men, who had last been seen by São Gabriel residents floating downriver from São Rafael in their boat, reported BBC News.

The families of both men have been asking for quicker action from authorities.

“We request from the authorities speed, seriousness and all possible resources for that search,” a statement from Pereira’s family said, as The Washington Post reported. “Every minute counts, every stretch of the river and the forest not yet checked could be the one where they are waiting for rescue.”

The search party, which includes federal police, was joined by the Brazilian navy, which said a helicopter, “in addition to two vessels and a watercraft,” would be deployed, reported BBC News.

Sampaio, who was being advised by a journalist, shared messages on Twitter.

“I can only pray that Dom and Bruno are well, somewhere, prevented from continuing on for some mechanical reason, and that all of this becomes just one more story in a life replete with them,” wrote Sampaio, as The Washington Post reported.