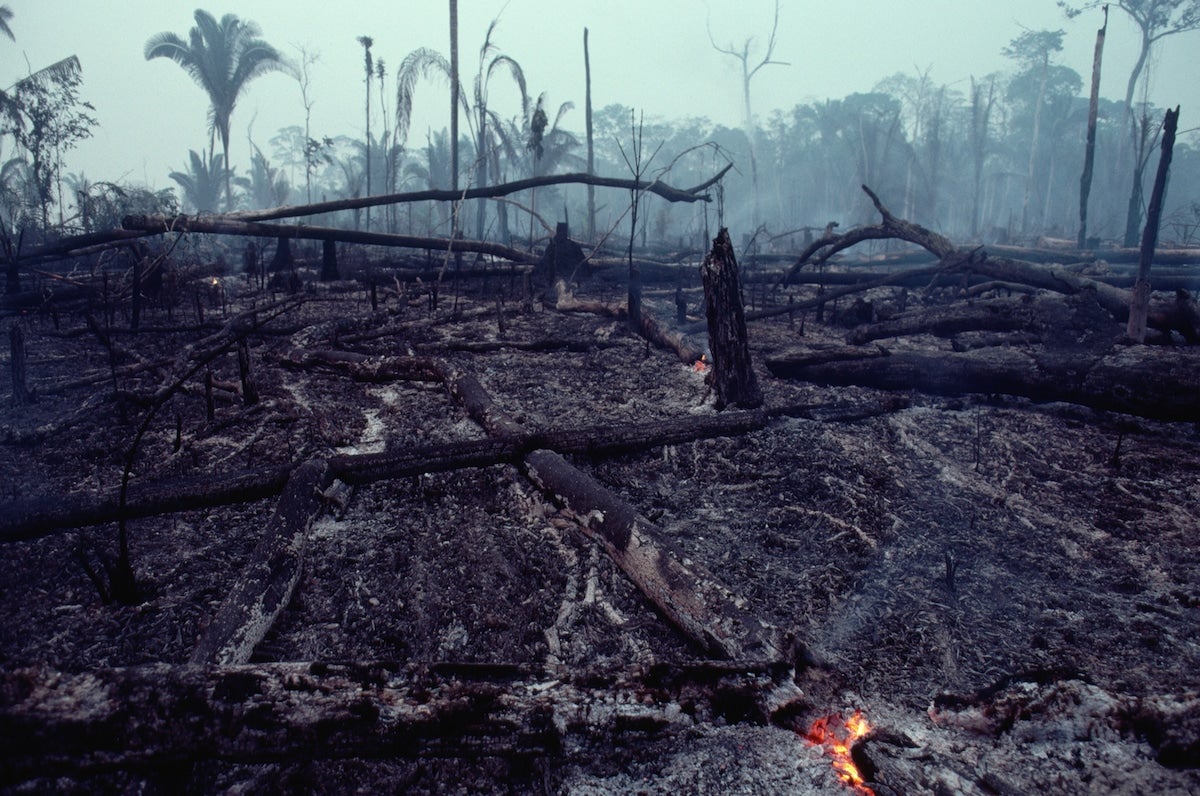 Another month in 2022, another announcement of record deforestation in the Brazilian Amazon.

Last month, Brazil’s National Institute for Space Research (INPE) reported that the tropical rainforest experienced record deforestation during the first three months of the year. Now, the agency says that deforestation rates for April broke the record for the month, reflecting the extractivist policies of right-wing Brazilian President Jair Bolsonaro.

“The cause of this record has a first and last name: Jair Messias Bolsonaro,” Marcio Astrini, who leads the Brazilian environmental group Climate Observatory, said in a statement reported by Reuters.

The forest lost 390 square miles during the first 29 days of April, the agency said. It will report figures for the last day of the month later this week. Deforestation this April is up 74 percent from the same month last year, when the previous April record was set, AP News reported.

The April record is also the third monthly record set this year: January and February also saw record deforestation, according to Reuters. Further, the first four months of 2022 also broke a record for the first four months of a year, seeing 754 square miles of forest cleared, an area more than double the size of New York City. This is also 69 percent more than during the same period in 2021.

This amount of deforestation is especially disturbing because Brazil is currently in its rainy season, Al Jazeera reported. This is a time when it is typically harder for loggers to cut down trees.

“This figure is extremely high for this period of the year,” World Wildlife Fund Brazil science director Mariana Napolitano said in a statement reported by Al Jazeera. “It’s an alert of the immense pressure the forest is under.”

Another alarming sign is the region where the deforestation is taking place, according to AP News. The Amazonas state saw more deforestation in April than Para and Mato Grosso states. This is worrying because Amazonas is more remote and has more pristine forest. However, Bolsonaro has promised to pave a 250-mile stretch of the BR-319 highway in the southern part of the state, where the deforestation is concentrated. This promise has led to illegal tree-clearing as speculators hope that cattle grazing or agriculture will become legal once the road is paved. This April marks only the second time on record that Amazonas has seen the most deforestation.

“Amazonas is still a very preserved state. If deforestation explodes there, we will lose control of a region that is outside the traditional deforestation region,” Climate Observatory senior public policy specialist Suely Araújo told AP News.

The Amazon rainforest is an important sink for carbon dioxide and preserving it is seen as essential for combating the climate crisis. However, scientists are concerned it could reach a tipping point if deforestation persists, converting to grassland and releasing carbon dioxide instead of storing it.

Bolsonaro has come under fire from the international community because of his policies weakening environmental protections and regulations as well as Indigenous rights. He is currently campaigning for reelection in October, according to Al Jazeera.

“Brazil is home to the Amazon and other ecosystems critical to climate change,” he wrote. “What happens there matters to us all and youth voting is key in driving change for a healthy planet.”

Amazon Environmental Research Institute science director Ane Alencar told Reuters that deforestation would likely continue to climb until the election, since officials tend not to crack down on illegal activities during election years out of fear of alienating voters.

“It seems that the clearing of forests has become institutionalized in the country as something common, with record after record,” she told Reuters.