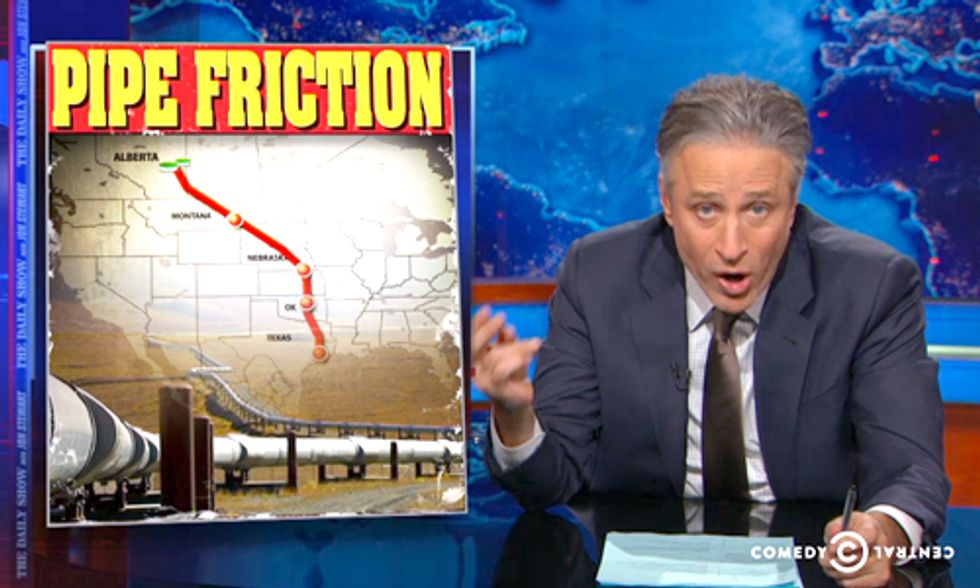 In case you haven't heard enough about the Keystone XL pipeline, Jon Stewart chimes in showing the absurdity of the recent debate and vote in the Senate where the measure failed to approve the pipeline by 41-59. Sixty votes are required to pass a bill out of the Senate.

Stewart asks, "How many jobs would this project create?"

"We can build the Keystone pipeline creating thousands of temporary and millions of permanent jobs," says Senator Mary Landrieu (D-LA) in a clip via C-Span.

"The CEO who runs the pipeline says there will be 35 permanent jobs," says Senator Barbara Boxer (D-CA) in the same clip.

"Ok. Somewhere between millions of jobs and 35," says Stewart in amazement. "So lets just say the Keystone pipeline will create jobs with a margin of error of almost all numbers."

And it only gets better from there. So sit back and watch this segment of The Daily Show for great comic relief.