This Mayor Puts the ‘Conserve’ Back in Conservative 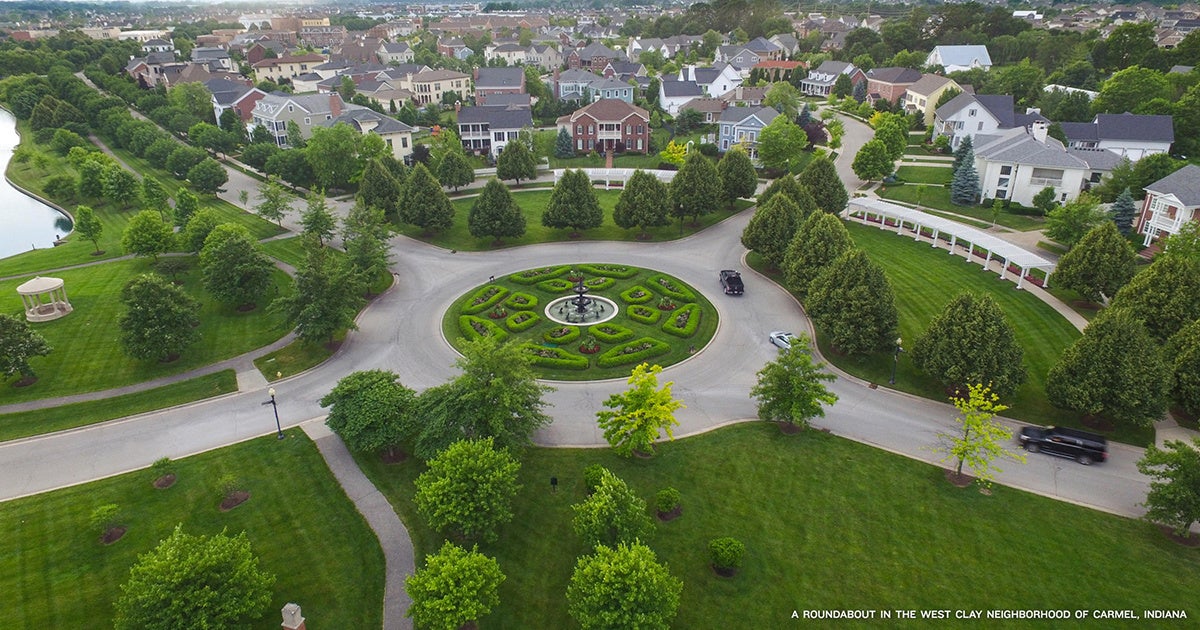 I met Jim Brainard recently on a sunny summer afternoon in Bryant Park, a grassy oasis roughly the size of one square block nestled among the skyscrapers of midtown Manhattan. The stately New York Public Library — one of the city’s most famous cultural institutions — defines the park’s perimeter on one side, and roughly outlining the other three are more than a dozen smaller-scale treasures, including an old-fashioned carousel, several food kiosks, an outdoor cocktail bar, a petanque court, ping-pong tables, and even an extra-miniature miniature golf course.

In the center of the park, someone was setting up hundreds of seats in preparation for a massive game of musical chairs to be played later that evening. The park was filled; though there was no shortage of tables, we had a hard time finding an open one. That afternoon Bryant Park felt like an example of urban utopianism realized, with people of all ages, races and backgrounds coming together to enjoy a clean, attractive, well-appointed public space that seemed to offer something for everybody.

As the mayor of Carmel, Indiana (population 93,000), a suburb of Indianapolis, Brainard oversees the day-to-day operations of a medium-size municipality that few would ever liken to New York City (population 8,600,000). But amid the happy buzz of urban park-goers relaxing, communing, eating, drinking, playing and otherwise enjoying themselves, he was right at home. Since 1996, when Brainard took office, he has shaped the transformation of Carmel from a comfortable if somewhat nondescript bedroom community to a city that makes magazine covers as one of America’s best places to live and/or work. And the six-term (soon to be seven-term) Republican has done it in large part by taking some of the best things cities have to offer — density, walkability, mixed-use development and well-designed park space— and grafting them onto the traditional suburban model, creating a unique hybrid. 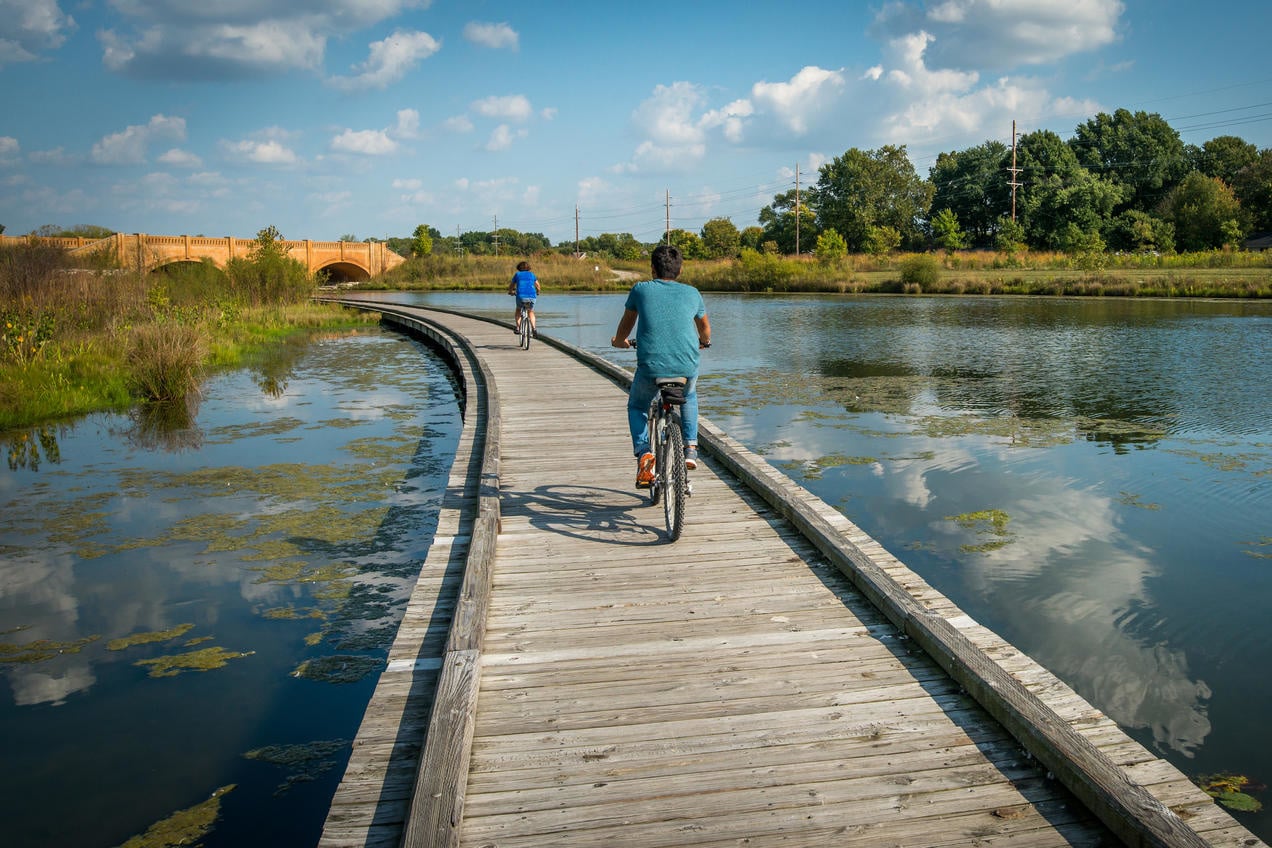 All images courtesy of the City of Carmel

But Jim Brainard isn’t just a mayor. He’s also an ambassador. As a self-identified conservative Republican who not only believes in climate science but has made it his personal mission to incorporate sustainable urban planning and climate resilience into his vision for Carmel, Brainard has become a symbol of what post-partisan climate leadership can and should look like. He has long worked to implement sustainable solutions and green infrastructure, from installing millions of dollars’ worth of photovoltaic panels to switching over to LED streetlights to — most famously — replacing all but a dozen or so of Carmel’s traffic lights with roundabouts, which are not only safer for motorists and pedestrians but also more fuel-efficient. Six years ago, Brainard was one of only four Republicans appointed by President Obama to a State, Local, and Tribal Leaders Task Force on Climate Preparedness and Resilience. More recently he appeared before a subcommittee of the U.S. House of Representatives, urging lawmakers to renew funding for the Energy Efficiency and Conservation Block Grant (EECBG) Program, which helps local governments launch and maintain projects that reduce pollution and carbon emissions.

All of these activities, he insists, are intrinsically conservative. “The root of the word conservative is conserve,” he says. “Conservatives think of themselves as not being reckless, but it would be reckless to ignore what the majority of the world’s scientists are telling us about climate change. We see the impacts in our weather every day.” A follow-up question elicits a who’s who of Republican contributions to the modern-day environmental movement: Teddy Roosevelt’s commitment to creating and preserving public lands; the enduring legacy of William Ruckelshaus, the first director of the U.S. Environmental Protection Agency; the championing and signing of the ozone layer–protecting Montreal Protocol by Ronald Reagan; the creation of the National Climate Assessment by George H. W. Bush.

So “there’s a tradition” of conservative support for environmental issues, Brainard says; it’s just that in today’s polarized partisan climate, this tradition has been heedlessly sacrificed on the altar of short-term political expediency. He finds it hard to understand. “Just from a pure political standpoint, it’s not smart. It may appeal to a small percentage of the base, but it certainly doesn’t appeal to the battleground middle that everyone’s fighting over. And from the standpoint of just doing the right thing, it makes no sense either. Thoughtful, well-intentioned people who care about our country should be listening to what the scientific community is saying.”

Brainard notes that mayors “don’t have the leisure to sit around and argue about philosophy, or about whether the scientists are right or wrong. Our entire job is to get things done.” He paraphrases a famous quote attributed to Fiorello LaGuardia, Republican mayor of New York City from 1934 to 1945: “‘There’s no Democratic or Republican way to fill a chuckhole or plow snow.’ And there really isn’t. It’s about performing the day-to-day tasks at the local level. People are concerned; we have to react to those concerns and try to fix things.”

And people, including the largely conservative and Republican residents of Carmel, are definitely concerned about many of the geophysical changes they’re witnessing around them. “We’re seeing more storms, and more intense storms,” Brainard says. “Storm-surge systems that were designed for maybe four or five inches a day have now become totally inadequate.” He says flooding that “before might have been considered a 100-year event is now a yearly event.” Cities that haven’t built climate resilience into their operations are at grave risk — and not just at some future time, but right now. 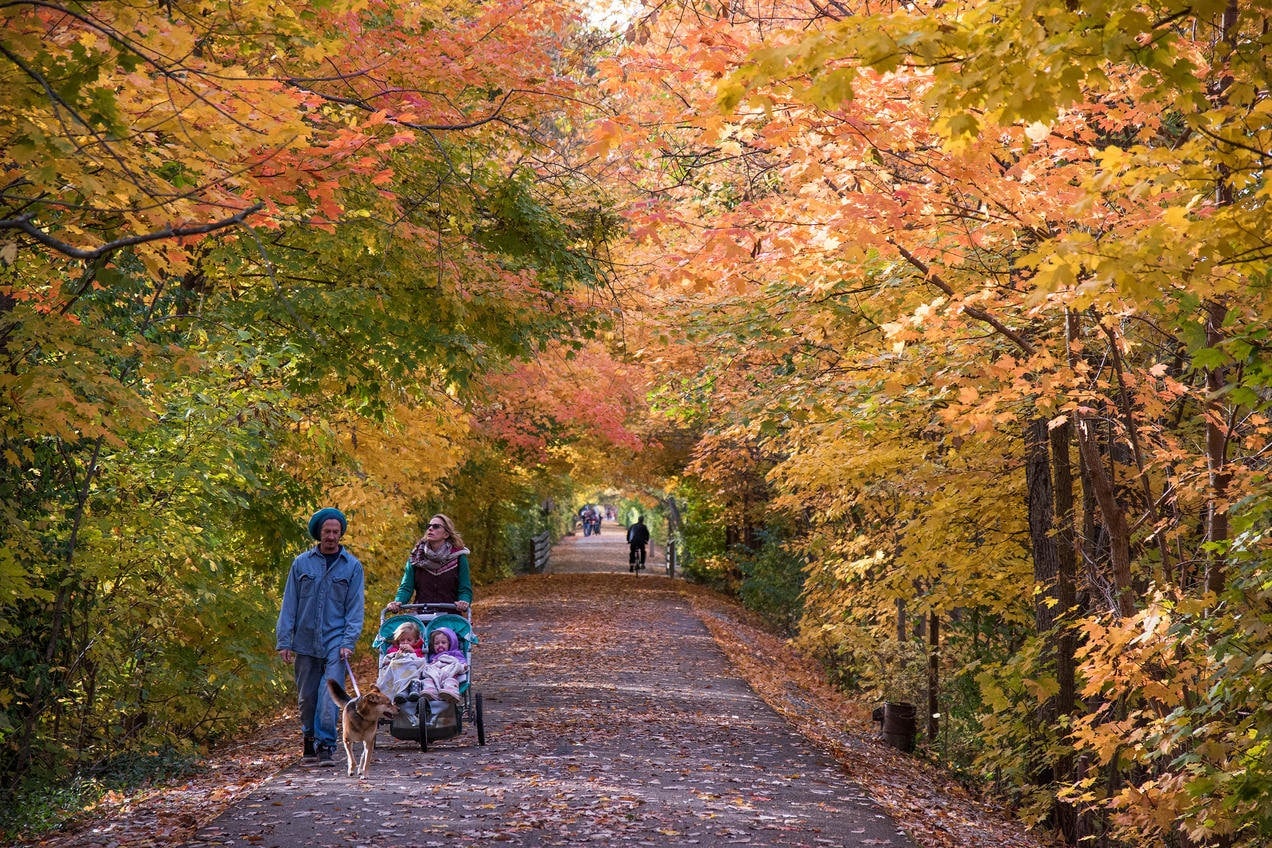 The former Monon Railroad tracks were converted into a recreational greenway running through Carmel as part of a rails-to-trails project.

Brainard tells me of a freak set of thunderstorms that raged through Carmel in May, sparking half a dozen fires and causing power outages for three and a half days. Thanks to previously installed propane-powered generators, the city was able to pump water into towers and maintain pressure in its water lines. For the mayor and many others, the storms and their minimized impact were yet more proof that a decision to invest more than million in a solar-powered battery system was the right one for Carmel. “Temporary generators work short term, but what if we lost access to power for a longer period of time?” Brainard wrote in a locally published op-ed shortly after the storms passed. “Consider how much we rely on power to operate the lift stations that pump our water, power the operations at our sanitary facilities, pump our fuel, cool our homes and operate sophisticated medical equipment for our sick and elderly.” Thanks to the city’s investment in solar power, he wrote, “[in] the event of a sustained shortage of fuel — due to storm damage or other factors — our first responders will have options to use stored energy to continue to serve residents in need.”

It shouldn’t take a disaster or near-disaster, Brainard says, to convince lawmakers and other elected officials to take climate action — both proactively, through emissions reduction and sustainable operations, and reactively, through resiliency measures. He bemoans the politicization of climate change at the national level. But he’s hopeful that mayors, whatever their party affiliation, can step in as the leaders America needs right now. He points out that there are more than 1,200 mayors of cities with populations over 30,000 in the U.S., “and all but about 10 of them signed the climate protection agreement that the U.S. Conference of Mayors proposed a number of years ago.” Roughly a third of those mayors, he notes, are Republicans.

“At the local level, most elected officials just see it as a nonpartisan issue that needs to be tackled,” he says. “And that’s encouraging.”