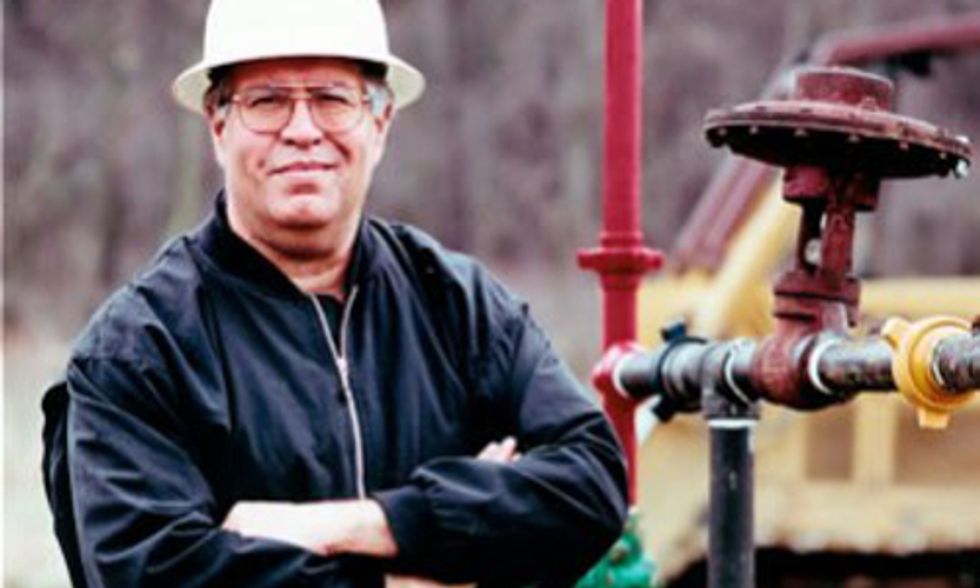 The owner of a Youngstown, Ohio-based company was sentenced on Tuesday to more than two years in prison for ordering his employees to repeatedly dump toxic fracking waste into a local waterway.

Between Nov. 1, 2012 and Jan. 31, 2013, employees of Hardrock Excavating LLC, which provided services to the oil and gas industry including storing fracking waste, made over 30 discharges of fracking waste into a tributary of the Mahoning River. Sixty-four-year old Benedict W. Lupo, then-owner of Hardrock Excavating, directed his employees to dump the waste, which included benzene and toluene, under the cover of night into the waterway.

According to reporting by the Cleveland Plain Dealer, "employees tried to talk Lupo out of it, but he refused. [The judge] also pointed out a prosecutor's pictures that detailed six weeks of clean-up in an oil-soaked creek."

Ohio Environmental Protection Agency on-scene coordinator Kurt Kollar was among the witnesses. In his testimony he said, “There was no sign of aquatic life, whatsoever,” in a tributary right after the fracking waste discharges, the Youngstown Vindicator reports.

According to previous reporting by The Vindicator, Lupo's lawyers said he ordered his employees to carry out the illegal dumping in order to keep them working because the company's wastewater wells had been shut over connections to earthquakes.

In addition to a 28-month prison sentence, U.S. District Judge Donald Nugent fined Lupo $25,000. The maximum sentence would have been three years in prison and a $250,000 fine.

“Ben Lupo put his own interests ahead of everyone else’s, and he deserved to face a severe penalty for his actions,” Ohio Attorney General Mike DeWine said in a statement. “The recent water crisis in Toledo is a grave reminder of how important it is to protect our waterways. Those who commit crimes against the environment jeopardize the health and safety of Ohioans, and our natural resources and wildlife. They must be held accountable.”

“Intentionally breaking environmental laws is not the cost of doing business, it's going to cost business owners their freedom,” added Steven M. Dettelbach, the U.S. Attorney for the Northern District of Ohio.

Ohio is Not the Nation’s Fracking Waste Toilet