It’s Time to Raise the Reefs 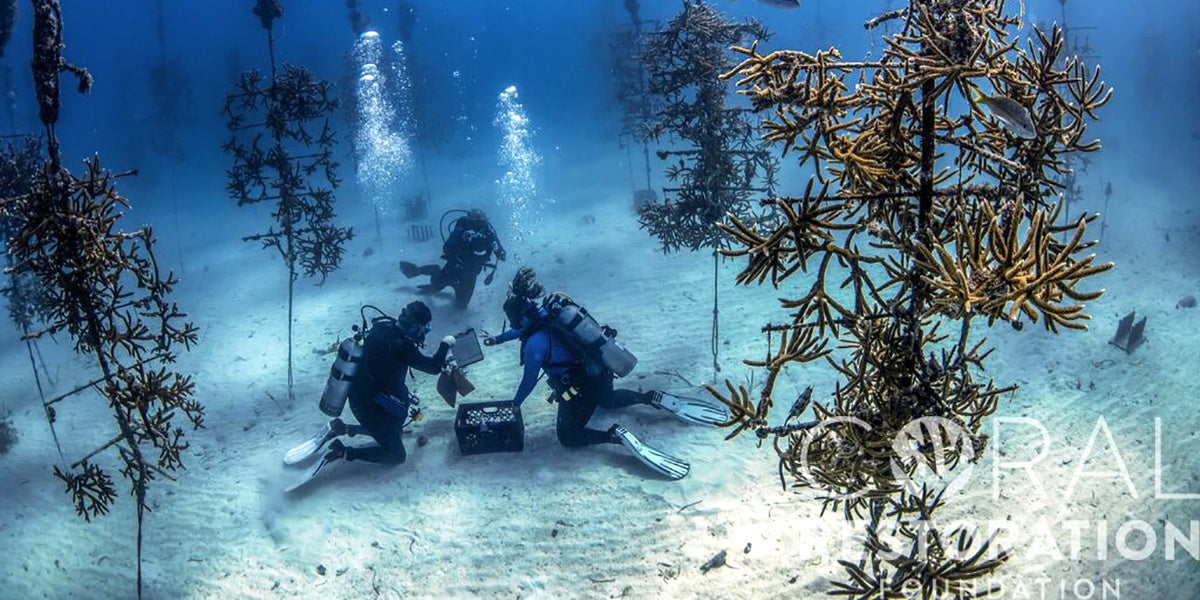 With today’s resources and knowledge, it is possible to bring coral reefs back to a healthy state. But we need to do it soon, and we need to do it fast. And what better time to do it than in 2018, the International Year of the Reef?

Life on Earth needs coral reefs. They are the “rainforests of the sea,” supporting 25 percent of all marine life, protecting our shores, feeding our people, providing pharmaceutical solutions and breathtaking natural playgrounds that underpin economies around the world. Yet coral reefs are among the most endangered ecosystems on the planet.

Running from north of Miami down to Key West in the south, right on Florida’s doorstep, lies the Florida Reef Tract—the third largest barrier reef in the world and the only barrier coral reef in the continental U.S.

The Florida Reef Tract was once dominated by two species of reef-building coral, staghorn (Acropora cervicornis) and elkhorn (Acropora palmata). It now hosts just three percent of the once-dominant staghorn and Elkhorn cover that it had in the 1970s. These became some of the first corals to be included on the IUCN Red List of Endangered Species, and are both now listed as “Critically Endangered”—one step away from a listing of “Extinct in the Wild.” 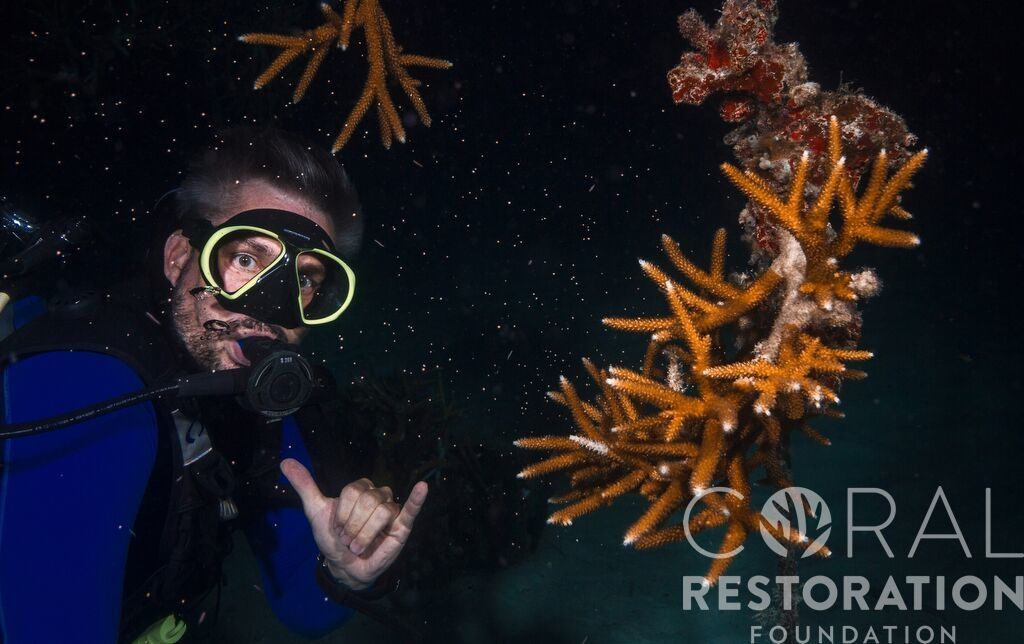 At the current rate we are losing them, all shallow water coral reef systems could be functionally extinct in the next 80 years. As the Netflix documentary, Chasing Coral, so powerfully revealed, the crisis gripping our oceans is dramatic, but also, unfortunately, invisible to most people.

Films like Chasing Coral are vital as they are helping to bring the death of our coral reefs to light, generating a groundswell of awareness and action, at a time when it is now essential that we act together to save and restore these precious ecosystems. Thankfully, we have the data and technology to enable us to do just that.

One organization is offering a practical way of bringing coral reefs back from the brink of extinction—the Coral Restoration Foundation, based in Key Largo, Florida.

Born in the USA

Over the last decade, the Coral Restoration Foundation (CRF) has developed a science-driven method for “farming” and “outplanting” colonies of staghorn and elkhorn, in an effort to bring these species back from the brink of extinction.

By hanging finger-sized fragments of these corals to grow on Coral Trees™, suspended in the nutrient-and-sunlight-rich water column, Coral Restoration Foundation can produce colonies that are large enough to be planted onto the reef in just six to nine months. With around 500 Coral Trees™ across seven large nurseries, to date, CRF has now planted more than 66,000 corals back onto the Florida Reef Tract.

CRF’s outplanted coral thickets are now spawning naturally—evidence that the method is working, and that with a little help, these damaged reefs could eventually return themselves to a healthy state.

Thanks to collaborations with organizations such as NOAA, The Florida Keys National Marine Sanctuary, Universities, Georgia Aquarium, Force Blue, Florida Aquarium, dive operators, private businesses and the local community, Coral Restoration Foundation has recently been able to shift its mission into higher gear: Their focus in the U.S. is now on fully restoring eight reef sites along the Florida Reef Tract. 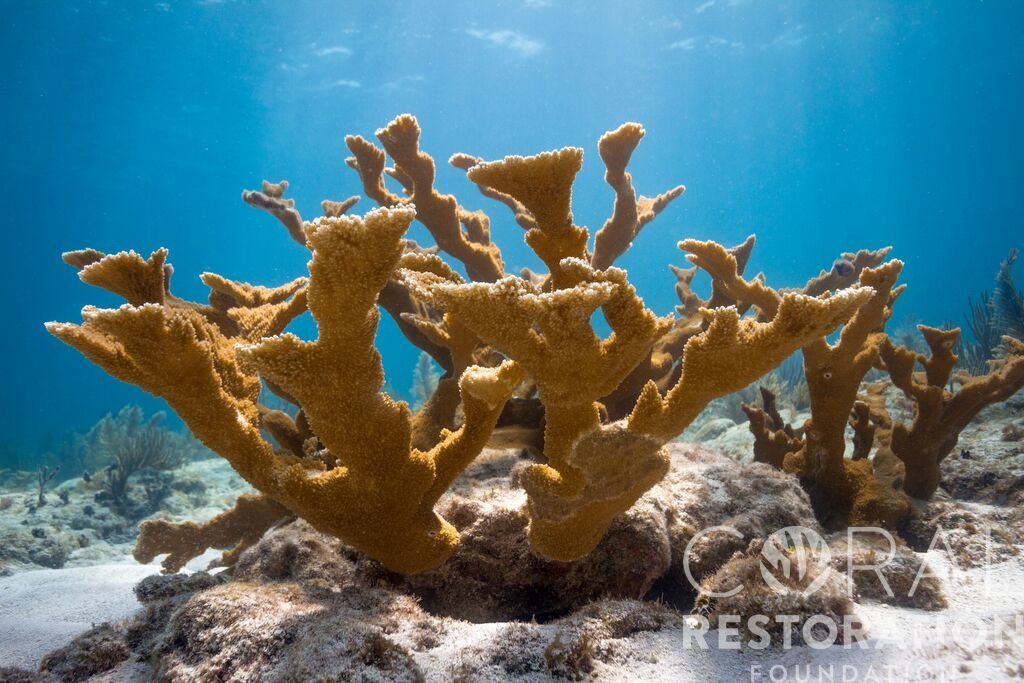 Everyone is Part of the Solution

It is a massive undertaking, but with the methodologies at our disposal, and the right support, it is a very achievable goal. But to be truly successful, the most important partner CRF needs, is you.

The Coral Restoration Foundation has practical ways that you can get involved, both on and off the water: Recreational dive programs let you help in the Coral Tree Nurseries, outplant corals and monitor reefs that are in the process of being restored. You can also take part in CRF’s events, volunteer programs, educational activities and donations drives.

You may feel powerless in the face of the threats to our oceans, but you are not alone; there are hundreds of thousands of oceans advocates around the globe, working right now on protecting the planet’s marine ecosystems. And, in the same way that CRF’s tiny coral fragments have the potential to grow into large, healthy, reproductive coral thickets, every tiny, individual, positive action adds up to make an enormous difference. 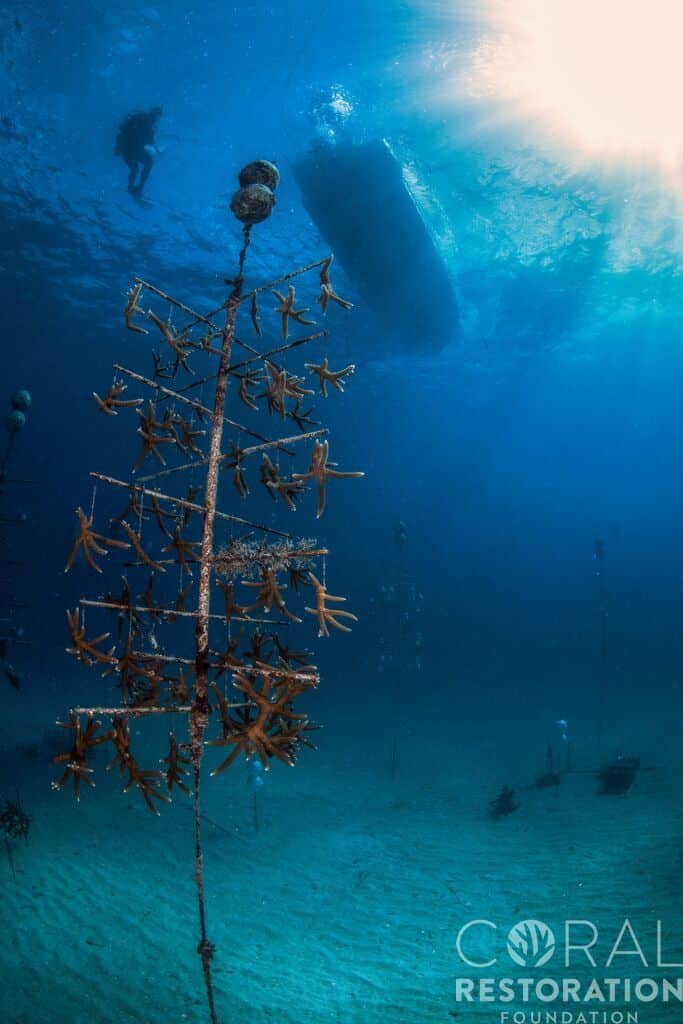 Six Ways You Can Support the Future of Coral Reefs Everyday

Coral Restoration Foundation is a non-profit marine conservation organization dedicated to restoring reefs to a healthy state, in Florida and globally. Through large-scale cultivation, outplanting and monitoring of genetically diverse corals, CRF works to support the reefs’ natural recovery processes. CRF engages and empowers others in the mission with dive programs, educational activities, scientific collaborations and outreach.