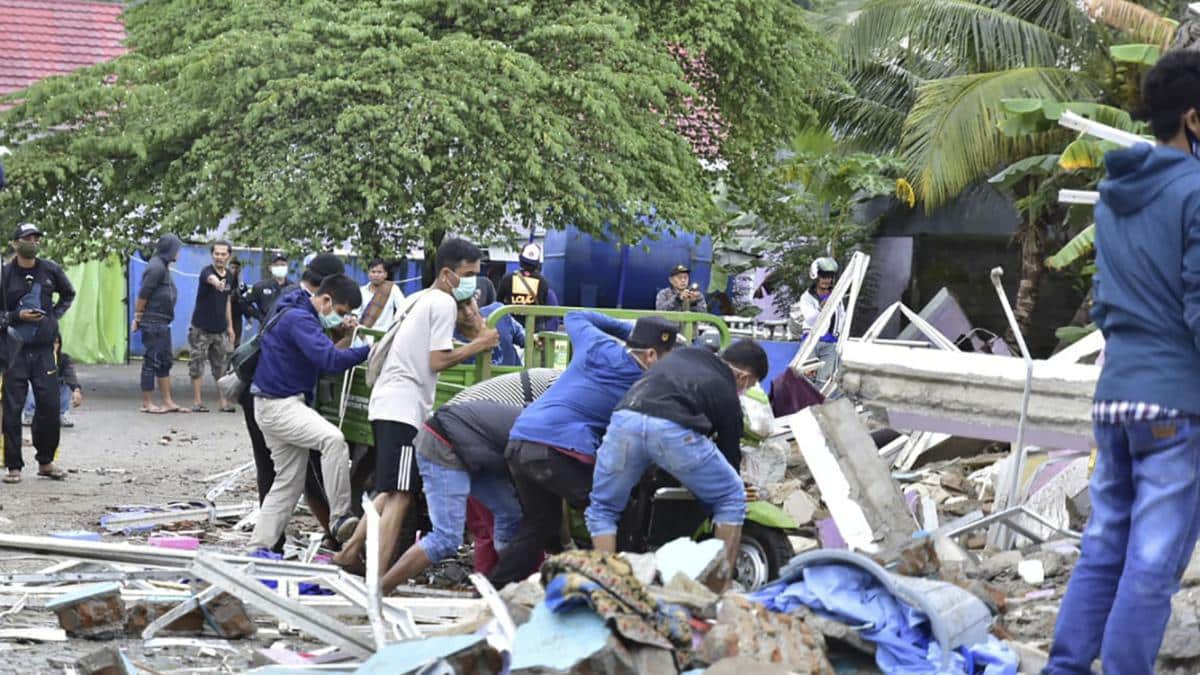 At least 42 people are confirmed dead and more than 600 injured after a 6.2 magnitude earthquake struck the Indonesian island of Sulawesi early Friday morning.

The earthquake and subsequent aftershocks also damaged more than 300 homes and two hotels, and destroyed a hospital and the regional governor’s office, leaving people trapped under rubble and forcing around 15,000 to flee their homes, Reuters reported. The global pandemic complicates matters, likely making it harder to provide aid.

“[T]his (disaster) was one of our fears and now we are putting all of that planning and protocols into place,” Jan Gelfand, head of the International Federation of Red Cross in Indonesia, told Reuters.

The earthquake struck at 1:28 a.m. Jakarta time at a depth of 6.2 miles, Indonesia’s Meteorology, Climatology and Geophysics Agency said, according to CNN. The quake hit 3.7 miles northeast of the city of Majene, killing at least eight people, injuring 637 and damaging 300 homes. It also impacted the nearby area of Mamuju, where the death toll has reached 34 so far. Nearly half of the structures there have also been destroyed, Safaruddin Sanusi, the head of West Sulawesi’s Communications and Information Department, told CNN.

“I’m afraid to say how many fatalities,” Ardiansyah, a West Sulawesi emergency response official, told The New York Times. “We are still evacuating and erecting shelters. Many people are buried under the ruins.”

Among the collapsed or damaged buildings were four of Mamuju’s largest hospitals, Sanusi told CNN.

“Mitra Manakara [Hospital] is flattened by this earthquake, while three others, Mamuju Central Hospital, Bhayangkara Hospital and Regional Hospital are also in [a] bad situation,” he said.

Indonesia is located on the Pacific Ring of Fire, a hotbed for seismic activity. In 2018, a 7.5 earthquake and 18-foot tsunami also devastated the island of Sulawesi. The final death toll surpassed 2,000, according to BBC News. Friday’s earthquake did not trigger a tsunami, but officials warned that aftershocks still could.

There were six tremors of 2.9 magnitude or higher in the 12 hours before the major earthquake struck, The New York Times reported. It was then followed by at least 26 aftershocks, Dwikorita Karnawati, the head of Indonesia’s Meteorology and Geophysics Agency, told Reuters. The aftershocks have caused persistent anxiety for survivors.

“Praise be to God, for now OK, but we just felt another aftershock,” area resident Sukri Efendy told Reuters.