At Least 27 Dead as Landslides Strike Indonesia, Including Village School 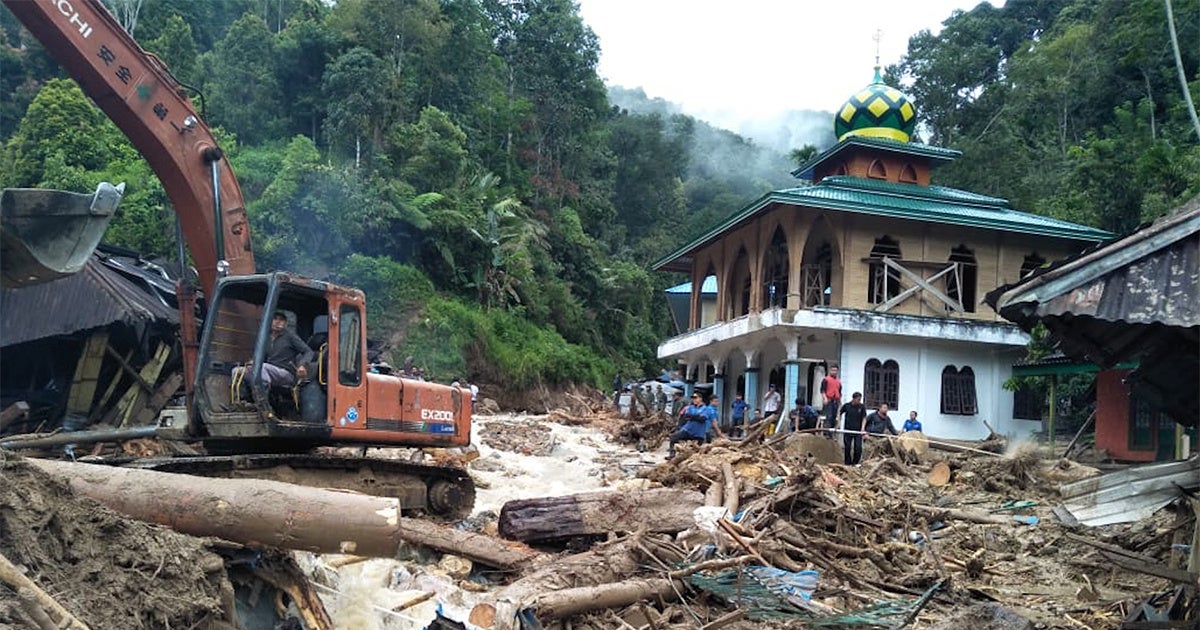 The most devastating casualties occurred when mudslides inundated an Islamic school in Muara Saladi village, sweeping up 29 children. Villagers managed to rescue 17 children and some teachers, but 11 bodies were discovered in the rubble hours after the incident and another was discovered Saturday.

“The victims were buried in a torrent of mud and wall debris,” National Disaster spokesman Sutopo Purwo Nugroho, said, as ABC reported.

The disaster comes two weeks after an earthquake and tsunami wreaked havoc on the Indonesian island of Sulawesi. The death toll from the quake has since surpassed 2,000 as search and rescue efforts came to an official end this week, AccuWeather reported Sunday.

On Sumatra, meanwhile, the flooding and mudslides damaged more than 500 homes and destroyed three suspension bridges, ABC reported. Hundreds of people have fled their homes in the mountains out of fear that more landslides might follow.

In addition to the tragedy at the school, two people were found dead on Saturday when their vehicles were carried away by flood waters, four died in landslides in Sibolga, in North Sumatra and at least four more died in flash floods in West Sumatra.

Both North and West Sumatra have since declared an emergency relief period.

“Evacuation as well as search and rescue operations are underway,” Nugroho said, “But the affected villages are in the mountains and access is difficult, due to damaged roads.”

Seasonal downpours cause flooding and landslides each year in Indonesia, The Associated Press reported.

However, as early as 2007, flooding caused by more intense rainfall in the country has been linked to climate change.

“It’s a natural phenomenon affected by climate change. It’s been made worse by negligent behaviour,” deputy environment minister Masnellyarty Hilman told Reuters after floods killed 50 in the country’s capital of Jakarta in 2007.

Flooding in Indonesia has also been linked to deforestation. The country has already lost 72 percent of its forests, according to Greenpeace. That’s bad for wildlife, for halting climate change and for lessening the risk of floods and related disasters.

“Forests play an important role in reducing these disasters because they can increase water infiltration,” Bruno Locatelli, leader for climate change adaptation at the Centre for International Forestry Research in Indonesia, told IRIN. “That means when there’s heavy rainfall, forest soil can absorb water underground and disburse it to streams. This is also very important to prevent drought during the dry season.”