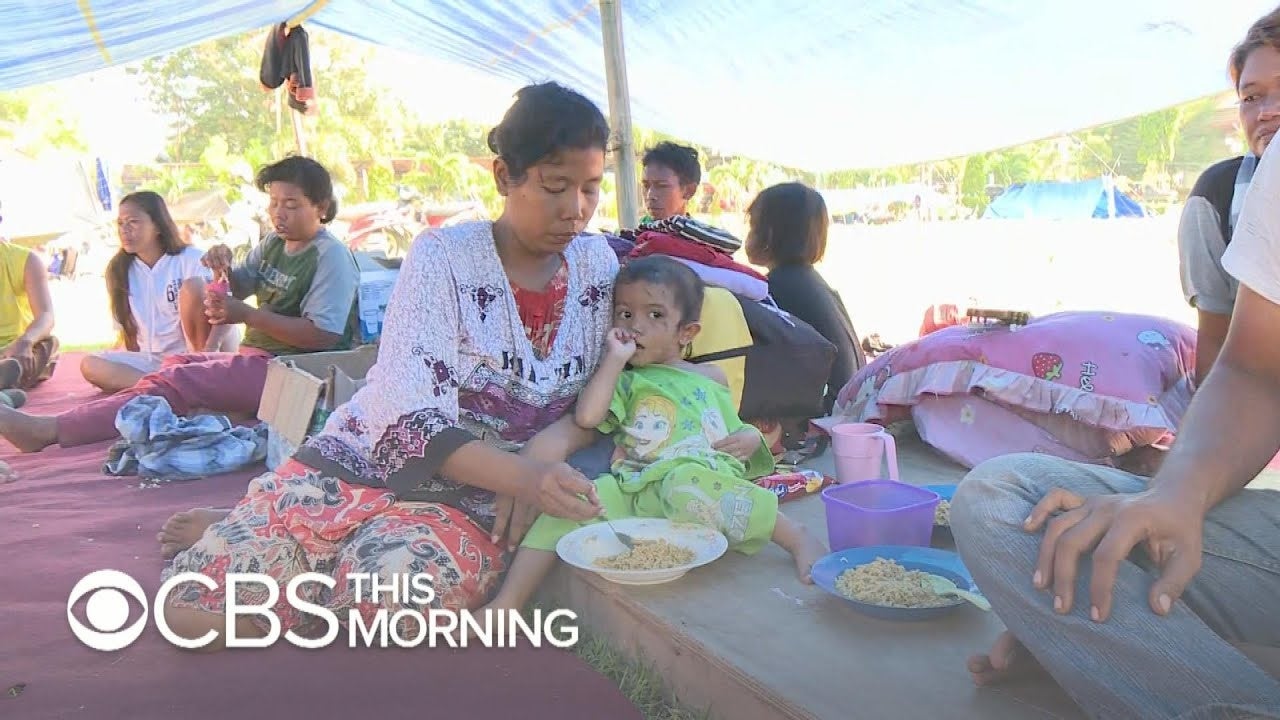 The death toll has climbed to more than 1,420 people since Friday, when the 7.5 magnitude earthquake and the 18-foot tsunami it triggered struck the island of Sulawesi.

Amid the widespread ruin, survivors are struggling with no power, as well as dwindling food and drinking water supplies. But the Indonesian military arrived Thursday with supplies and to aid with recovery efforts, CBS News said.

Search and rescue efforts to recover dead bodies and survivors are ongoing. The International Federation of Red Cross and Red Crescent Societies said Monday it is appealing for $22 million to help Indonesia.

Roughly 20 countries have offered help, with aid from the UK and Australia arriving Thursday, according to Al Jazeera.

Today the joint search and rescue continues in #Sulawesi. @palangmerah teams are recovering dead bodies – here a nurse from what is left of Ananta Pura Hospital. pic.twitter.com/v6Gw4lE3q7

The disasters were particularly dangerous due “a combination of plate tectonic in the region, the shape of the coastline, vulnerable communities and a less-than-robust early warning system,” geologist Anja Scheffers of Southern Cross University explained in The Conversation.

In Petobo, a village of roughly 500 people, the massive earthquake “turned the ground to quicksand and literally swallowed the village,” NBC’s Janis Mackey Frayer reported.

This phenomenon, called “liquefaction,” is when soil loses strength and stiffness in response to an earthquake, thus losing its ability to support homes and other structures.

The sheer force of the temblor literally shifted the landscape.

“I was swept away, holding onto a palm tree. When it finally stopped, I found myself 3 kilometers away in the next village,” a survivor told ABC.

.@janisfrayer reports from Indonesia, where the death toll is approaching 1,500 after a devastating earthquake pic.twitter.com/3crqgflOfp

The island was hit by another natural disaster on Wednesday, when Mount Soputan erupted and spewed ash 19,700 feet in the sky and prompted evacuation orders for those living nearby the volcano, the
Associated Press reported.

A government volcanologist said the eruption might have been triggered by Friday’s earthquake but the link is not conclusive.

“It could be that this earthquake triggered the eruption, but the direct correlation has yet to be seen,” Kasbani, the head of Indonesia’s Vulcanology and Geology Disaster Mitigation agency, told online news portal Tempo (via the
Associated Press).

Indonesia is located on the so-called “Ring of Fire” region of the Pacific and regularly experiences seismic and volcanic activity.