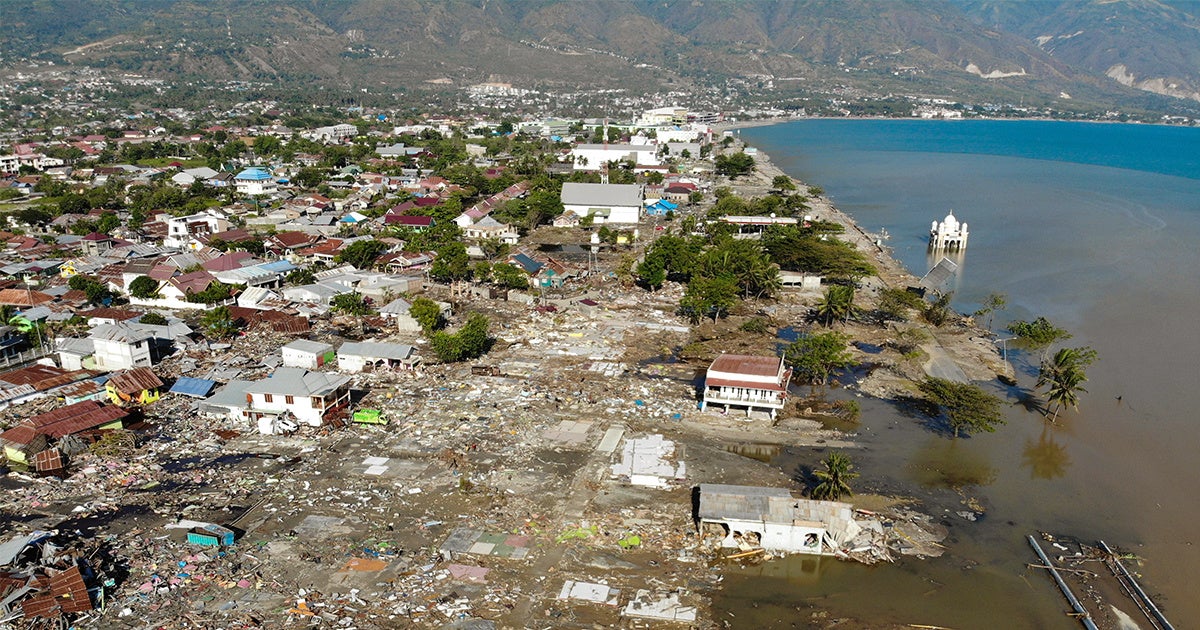 Eight-hundred and forty-four people have been confirmed dead after a devastating earthquake and tsunami combo struck the Indonesian city of Palu on the island of Sulawesi Friday, CNN reported Monday.

The 7.5 magnitude earthquake was followed by a three foot tsunami that entered a narrow bay and swept past the town of Dongalla and into Palu. A tsunami warning was in place following the earthquake, but was rescinded before the tsunami actually struck because the water seemed to have receded. National Disaster Mitigation Agency spokesman Sutopo Purwo Nugroho told BBC News that the Indonesian section of a Pacific-wide warning system following the 2004 tsunami suffered from lack of funding.

“I just finished my shopping and went to the cashier, suddenly everything got dark and the walls started falling around us, it was horrible,” earthquake survivor Mia, a 40-year-old mother who was with her daughters in a Palu mall when the quake began, told CNN. She ran down a broken escalator to escape the building.

Damage to structures has made rescue efforts difficult.

“Communication is limited, heavy machinery is limited … it’s not enough for the numbers of buildings that collapsed,” Nugroho told BBC News.

Damage to Mutiara Sis Al Jufri Airport in Palu, which was closed for 24 hours following the disaster, has also hampered relief efforts. Limited flights are now possible, and priority is being given to evacuating survivors and bringing in food and water for rescue work, Indonesian President Joko Widodo said when he visited the affected area Sunday, CNN reported.

Three people have been rescued from beneath the collapsed Roa Roa hotel, where as many as 50 people are believed to be trapped.

“They were asking for help, but they are still there till now. We gave them motivation … so they can have spirit because they are trapped between life and death,” volunteer Thalib Bawano told AFP, as reported by BBC News.

The human cost of the tragedy was painfully visible as the dead were stretched out in body bags on streets beside the injured. Authorities said they would begin burying the dead in mass graves to stop the spread of disease.

“They are starting to smell. We want to wait for relatives to pick them up, but we can’t wait any longer,” Doctor Sasono of Palu’s Mamboro health clinic told BBC News.

The death toll is expected to rise as relief workers reach more remote areas. One such area is the Donggala regency, home to more than 300,000 people and the closest population center to the earthquake’s epicenter.

“The Indonesian Red Cross is racing to help survivors, but we don’t know what they’ll find there,” International Red Cross Indonesian delegation leader Jan Gelfand said, as CNN reported. “I don’t think we’ve quite seen the worst of things yet.”

Nugroho estimated that 2.4 million people were impacted by the disaster, including around 600 hospitalized and 48,000 displaced, according to CNN.

Widodo has authorized Indonesia to request international aid, and so far the EU has pledged $1.7 million and South Korea $1 million.