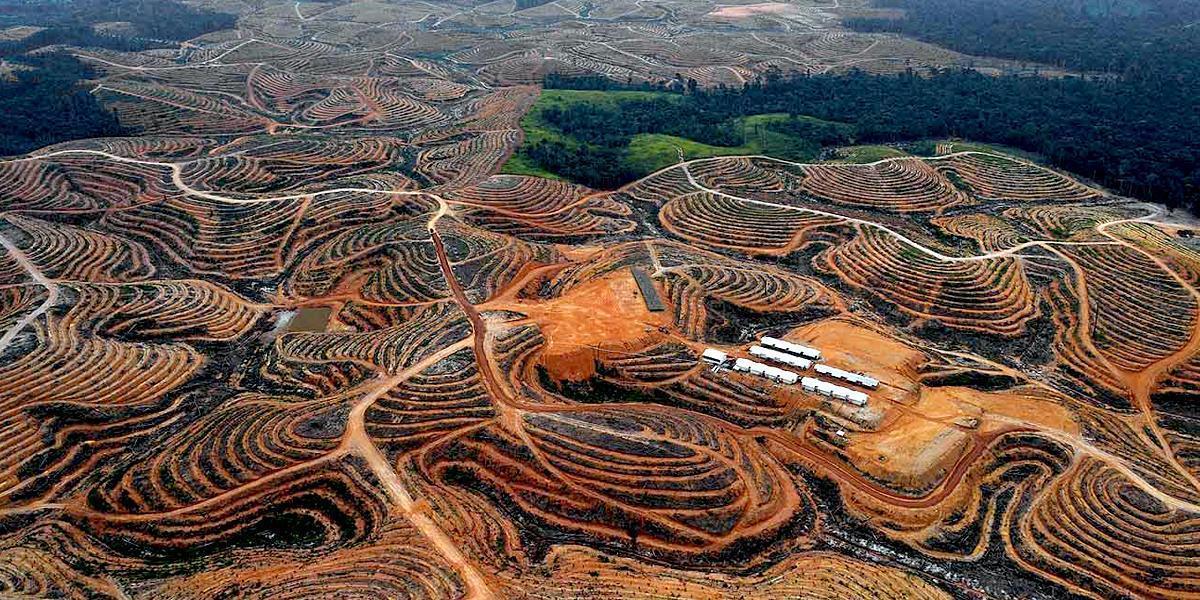 In a historic verdict in defense of forests and human rights, a court in Central Kalimantan has ordered the government of the Indonesian province to review the permits of palm oil companies associated with massive forest and peat land fires in 2015.

The case against the government in Central Kalimantan was filed in 2016 by seven Indonesian citizens and supported by Friends of the Earth Indonesia (WALHI), following a 2-month mediation process. Among the evidence presented were findings previously presented in the report, Up in Smoke, published in 2015 by WALHI and Friends of the Earth member groups in the U.S. and Europe.

“While many of the world’s largest palm oil producers have pledged to voluntarily address the massive environmental and human rights impacts of their business, its clear that legal action is required to hold them accountable,” said Jeff Conant, senior international forests campaigner with Friends of the Earth U.S. “This decision by the court in Central Kalimantan is a historic step in ensuring the government does what’s needed to limit the damage from this sector.”

Palm oil from Central Kalimantan is in thousands of consumer food products and cosmetics on the global market, as well as in biofuels in many countries; numerous palm oil companies implicated in the decision receive financing from a broad range of banks and institutional investors in the U.S., including Goldman Sachs, JPMorganChase, Vanguard and the pension fund managers TIAA and CalPERS.

“This decision should also make it clear to the financiers of the sector that the risks of investment in palm oil continue unabated,” Conant added.

The 2015 Indonesian forest fires lasted for months and caused massive air pollution and greenhouse gas emissions, at one point releasing more carbon dioxide than the entire U.S. economy and causing an estimated 100,000 premature deaths in the region. In 2016, four United Nations special rapporteurs sent a letter to the president of Indonesia urging his government to address the fire and haze crisis as an urgent matter of protection of human rights.

“This verdict is important not just to us, but to future generations,” said Ari Rompas, director of WALHI Central Kalimantan. “The judge recognized that the environment is a heritage to be preserved for future generations. It is therefore important that the government does not waste time in appealing this verdict, but ensures that companies respect the law and stop the forest fires.”

WALHI analyzed satellite data of 181 palm oil company concessions from the 2015 fire season. The largest plantation land banks included in the study are owned by Wilmar International, Bumitama Gunajaya Agro, Sinar Mas, Best Agro International and Genting group. According to WALHI, the verdict means that these companies can now effectively be brought to justice.

“The judge made clear that the local government needs to ensure that companies stop the forest fires,” Rompas continued. “The companies need to allocate much more resources in order to prevent forest fires.”

To date, the companies implicated in the verdict have not responded. The local government is now considering appealing the verdict. With a severe dry season predicted for 2017, it is imperative that the Indonesian government act quickly to adopt measures that enforce the court’s decision.

In its ruling, the court ordered the central government to:

In addition, the central government of Indonesia is required to:

“The victory of this citizen’s lawsuit in Central Kalimantan and previously in Riau Province, build momentum for the government to protect human rights, especially of vulnerable groups such as children, whose health is threatened by haze pollution from forest fires,” said Khalisah Khalid, head of campaign and network development at WALHI. “The UN Human Rights Council should continue to remind the government of Indonesia to hold corporate actors accountable for their role in the fires,” he continued.

European Parliament Votes to Clamp Down on Palm Oil Imports

Palm oil’s environmental footprint was also raised in a European Parliament vote this week that called for a phase-out of palm oil as a component of biofuels by 2020.