Mystery as Indian Crater Lake Turns From Green to Pink 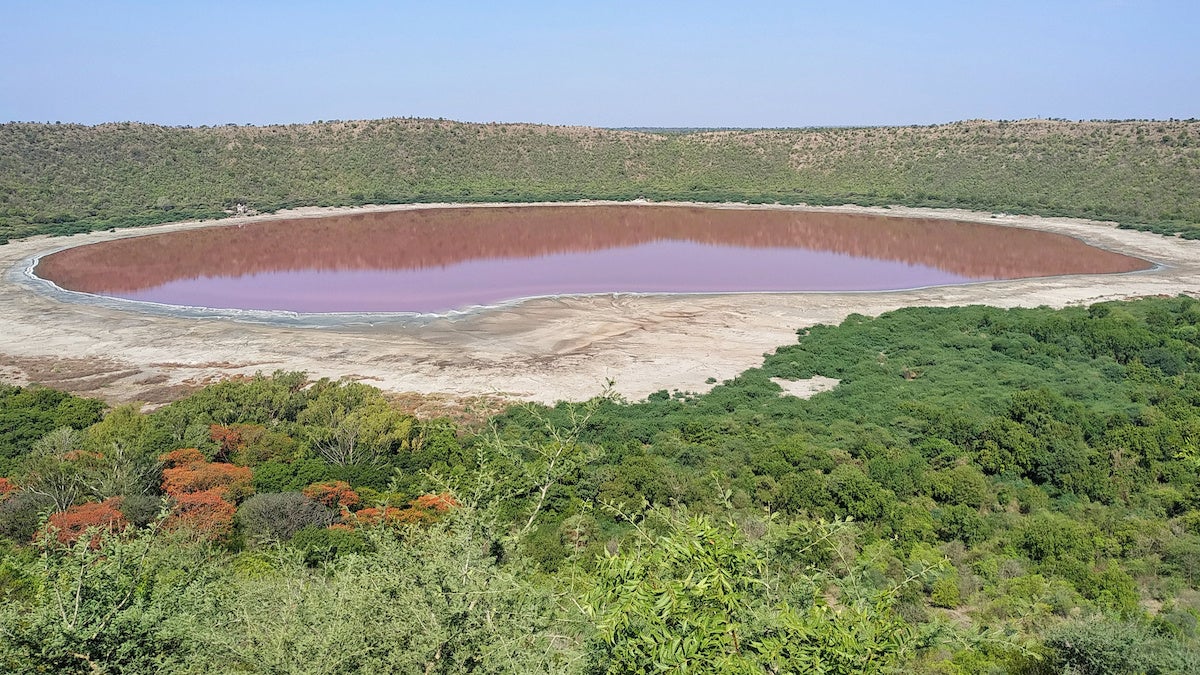 A crater lake in India has mysteriously turned pink, and scientists aren’t sure why.

The 56,000-year-old Lonar Crater Sanctuary Lake in the state of Maharashtra transformed from its usual blue-green to a reddish pink over the last few days, The Times of India reported Thursday. The lake, around 500 kilometers (approximately 311 miles) from Mumbai, is popular with tourists and scientists, and its transformation has sparked research and discussion.

“Sudden change in colour of water is strange. It might be because of microbial activities or could even be human interference. Research should be conducted before making any comments,” Harish Malpani, who leads the microbiology department at RLT College of Science, Akola, told The Times of India.

The lake was formed around 56,000 years ago when a meteor struck the basalt rock of the Deccan Plateau. It is the world’s largest basaltic impact crater and the third largest crater of any kind formed less than a million years ago, according to The Weather Channel India.

The lake also has unique salt and alkaline properties that could be behind the color change, Times of India explained. These factors encourage the growth of a kind of bacteria called Halobacteriaceae, which produce a red pigment that converts sunlight into energy.

While the lake has turned reddish before, this year’s transformation is especially dramatic.

“It’s looking particularly red this year because this year the water’s salinity has increased,” local geologist Gajanan Kharat explained in a video posted on Maharashtra Tourism’s Twitter feed, as CNN reported. “The amount of water in the lake has reduced and the lake has become shallower, so the salinity has gone up and caused some internal changes.”

Kharat also said the lake had gotten warmer, leading to an algae bloom.

“This algae turns reddish in warmer temperatures and hence the lake turned pink overnight,” Kharat said further, according to AFP.

The exact cause of the color change will be determined by water samples sent in for testing by the state’s forest department.

Another possibility is that lockdown measures implemented to control the spread of the new coronavirus, which returned blue skies and clean air to highly polluted Indian cities, could also be behind the lake’s color change.

“There wasn’t much human activity due to lockdown which could also have accelerated the change,” Maharashtra’s Babasaheb Ambedkar University Geography Department head Madan Suryavashi told AFP. “But we will only know the exact causes once our scientific analysis is complete in a few days.”