Dogs Are Dying From Toxic Algae in Lakes and Ponds 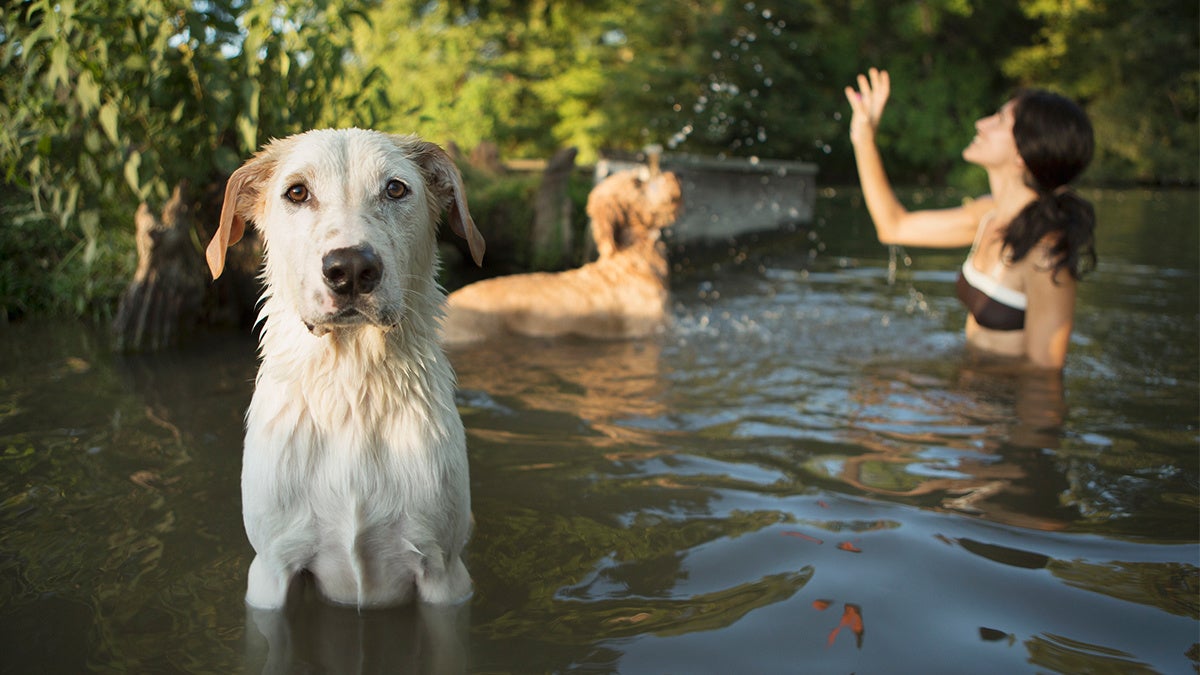 Pet owners around the country are seeing their beloved canines perish after letting them cool off in waters harboring toxic algae.

Dogs in North Carolina, Georgia and Texas have all died recently after swimming in waters covered in a harmful algae bloom, which is difficult to detect.

“Your typical lay person will not be able to tell one algae from another, or a good from a bad,” said Dr. Mark Aubel, of Greenwater Laboratories who studies harmful algae blooms, to Atlanta’s 11 Alive. “It just kind of behooves anybody that sees algae in a lake, in a pond, that they’d probably want to be cautious and just not expose themselves to it or to their pets.”

Last Thursday, a couple in Wilmington, NC tried to give their three dogs some relief from the heat by letting the dogs splash around in a nearby pond. Within 15 minutes of leaving the water, one of their West Highland terriers started to suffer from seizures. When they arrived at the veterinarian’s office, the other Westie started to decline, followed shortly by the couple’s “doodle” mix therapy dog. By midnight, all three dogs were dead, as CNN reported.

All three died from ingesting harmful blue-green algae, or cyanobacteria, in the water.

“What started out as a fun night for them has ended in the biggest loss of our lives,” wrote Melissa Martin, one of the dog owners, in a Facebook post that has been shared more than 15,000 times, according to CNN.

Since she did not see any warning about the harmful algae bloom, “We are now on a mission to put signs at every body of water that can have this deadly bacteria,” Martin added at the end of her Facebook post.

In Austin, TX, three dogs have died after exposure to the toxic algae at Lady Bird Lake in Red Bud Isle. While people are not allowed to swim in the water, the popular spot for an off-leash dog walk had no signs warning dog walkers to keep their dogs away from the lake.

Now, after three dogs have died, the city closed Red Bud Isle to the public after discovering that 40 percent of Lady Bird Lake’s surface is covered in a harmful algae bloom.

The first dog death at Red Bud Isle happened a month ago when an Austin dog-owner’s German shepherd-Rhodesian ridgeback mix lost control of his legs and struggled to breathe after swimming in the lake. The dog was brain dead shortly after arriving at the vet’s office, the Austin American-Statesman reported.

The other two dogs died on Aug. 1 and 3, respectively. All three dogs had the same story: after entering the water, the dogs struggled to keep their balance and lost the ability to stand. Within an hour they were dead, the Austin American-Statesman reported.

It’s not fair, and it’s not okay,” wrote Brittany Stanton, the owner of the last dog to die from swimming in Lady Bird Lake, in a lengthy post on Facebook. “Word needs to be spread about this incredibly devastating risk.”

This weekend, a similar story happened in Georgia, when a couple took their border collie to Lake Allatoona. Shortly after splashing around, the dog began to vomit and by the time the owners reached the vet, the dog was brain dead, according to the owner’s Facebook post.

This summer has seen an unusually intense wave of algae blooms that have shut down lakes in the Pacific Northwest, New Jersey and every beach on the Mississippi Gulf Coast. Scientists say the climate crisis is probably a factor in the increase of cyanobacteria, which can grow in dense clusters and produce toxic substances. An increase in the frequency and intensity of rainstorms has pushed fertilizer runoff into waterways. Furthermore, hot, sunny days and the conditions are set for a harmful algae bloom, which are appearing more frequently and earlier in the season, according to The New York Times.

Dogs are particularly vulnerable to cyanobacteria because they swallow so much water when they swim, as Heavy.com reported.