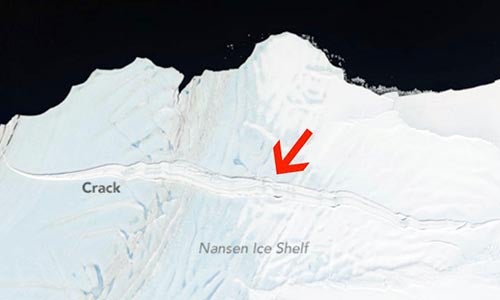 NASA scientists fear that a growing crack in the Nansen Ice Shelf may cause it to break free from the Antarctic coast and form a massive iceberg more than twice the size of Manhattan.

“Over the course of two years, a small crack grew large enough to spread across nearly the entire width of the Nansen Ice Shelf,” NASA said in a post last week.

Ice shelves are thick plates of coastline ice that float over the ocean. This particular one, Nansen, measures about 20 miles wide and 30 miles long.

A team of scientists first noticed the crack in 2013, but two NASA scientists Christine Dow and Ryan Walker discovered in December 2015 that the crack had grown substantially. Dow and Walker were visiting the ice shelf to install GPS stations on it to track how it was affected by tides. When they flew over the area, they realized that it was no longer a small crack. 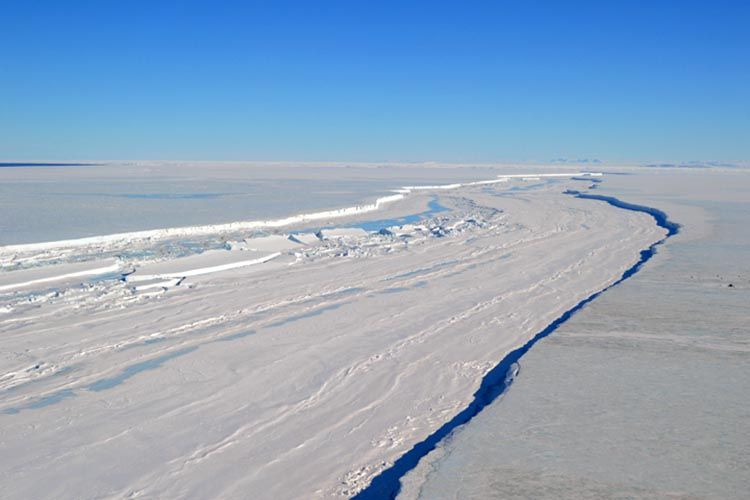 Satellite images taken when Dow and Walker returned confirmed what they saw on the ground. 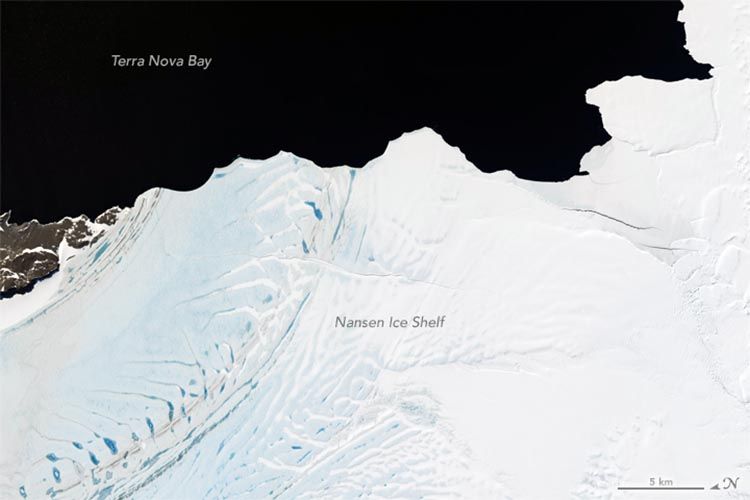 By December 2015, satellite imagery showed that the crack stretched across nearly the entire length of the shelf. Photo credit: NASA Earth Observatory

“There’s a huge crack, miles long and sometimes over a hundred yards wide, which runs more or less parallel to the front of the ice shelf,” Walker wrote in a post in December 2015. “Over the winter, the sea surface freezes and traps small icebergs in the crack, producing a fascinatingly broken icescape.”

Antarctic winter is now setting in, and, as of this month, satellite imagery indicated the ice shelf was still attached. Though winter may not be enough to prevent the shelf from collapsing.