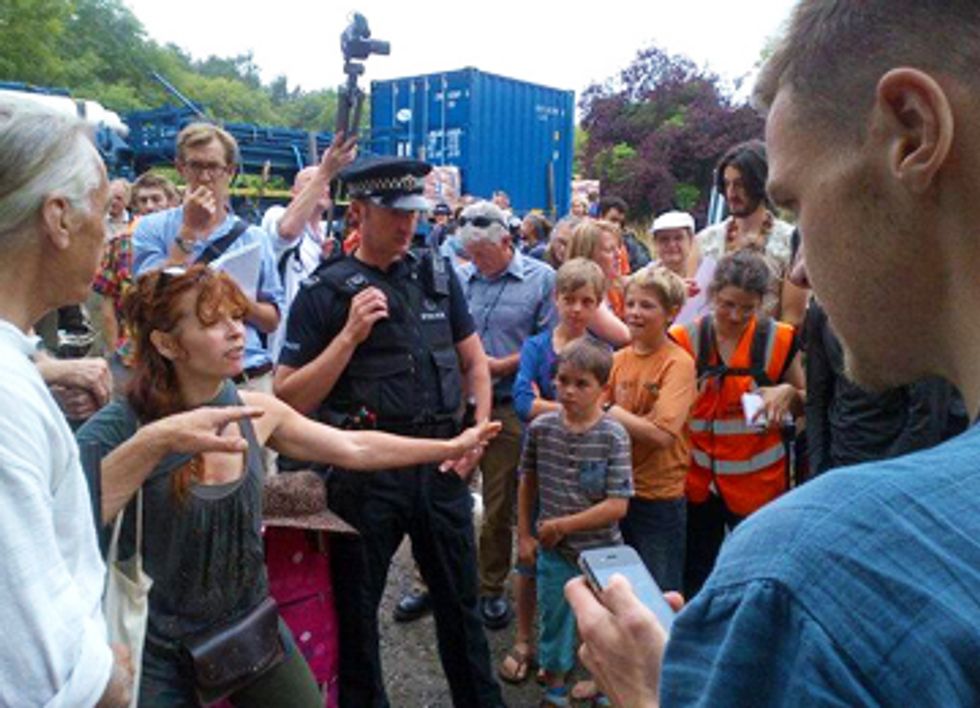 I often ask myself: how much longer can the rogue forces of the fossil fuel industry continue wrecking our planet with impunity? Yesterday, I was reminded of our movement’s recurring answer to that question: not for long, if we can help it.

In the early hours of the morning, anti-fracking activists and community members in Balcombe, Sussex, UK, successfully halted the first day of explorations for a new shale gas development by famed (infamous, rather) fracking company Cuadrilla. Over 250 people united in a powerful, peaceful, joyful blockade—that eventually convinced the trucks containing the initial fracking equipment to abandon the site.

This is community power at its best. Campaigners in Balcombe, just like those in frontline communities around the world (in the U.S., Indonesia, Argentina and elsewhere) had been calling attention to the dangers of fracking for over a year. This week, when Cuadrilla’s license for exploration and development was approved, activists quickly mobilized to organize a Great Gas Gala, inviting people in Sussex and neighboring areas to converge on Balcombe and oppose Cuadrilla’s efforts.

Yesterday's protests are set in the context of a recent announcement by the UK government proposing a 50 percent tax cut for companies involved in shale gas extraction, the most generous tax regime for fracking in the whole world. The proposal is very much in line with the dreaded “dash for gas” that Chancellor George Osborne announced at last year’s unveiling of the budget.

It is in opposition to these efforts that groups like Frack Off, No Dash for Gas and many of our partners and allies around the country, are mobilizing public awareness and opposition, in a genuine effort to shift the power in our energy systems and put our communities and their people back in charge. The Global Power Shift UK team will be working in the upcoming months on helping build that large, inclusive movement—one that represents community interests, leverages our diversity and builds on our shared vision of a people-powered future that solves the climate crisis once and for all.

The fight in Balcombe is not over yet. Yesterday’s exploratory fracking attempt was the closest to London to date, where a lot of the finance for these operations comes from and where the tangled webs of power and influence are carefully threaded between consenting politicians and short-term profit oriented fossil fuel corporate executives. Impunity for them and their climate-wrecking efforts? No longer. Real resistance is brewing in their backyard.