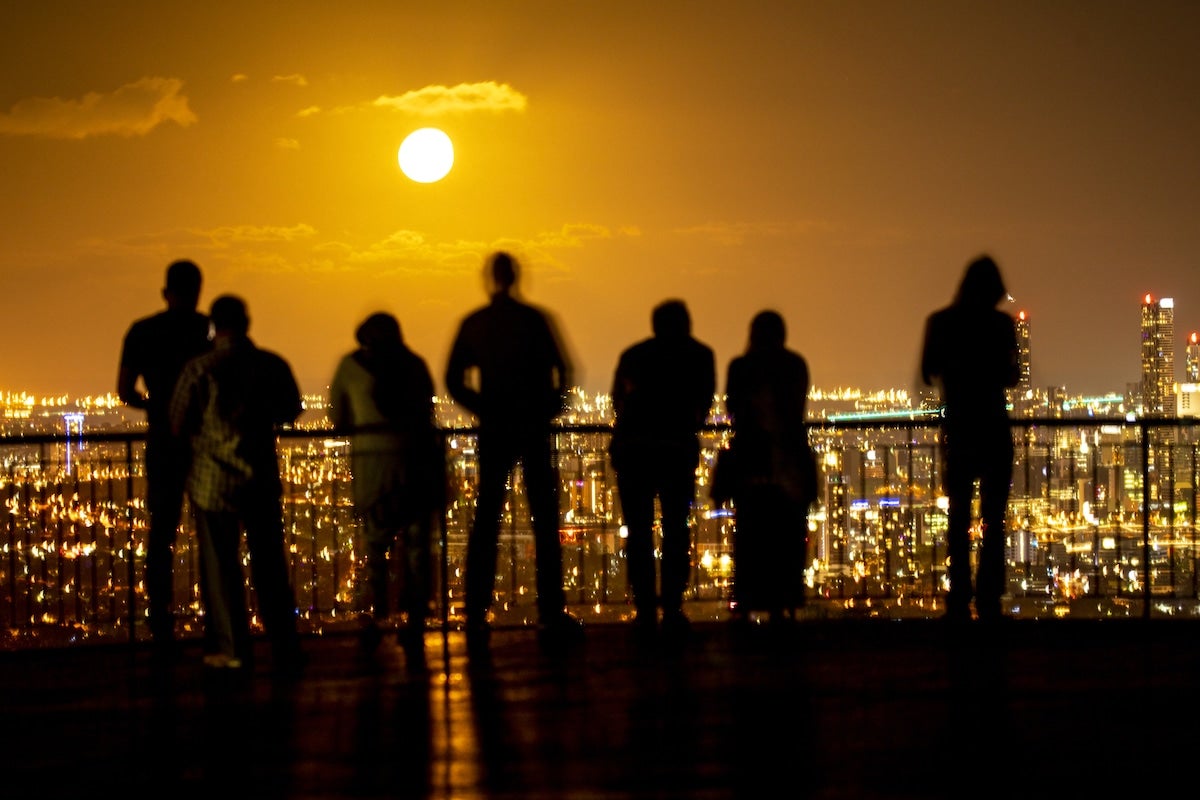 In a warming world, many species, including humans, could become smaller to survive. Andrew Merry / Moment / Getty Images

Throughout history, species have evolved to adapt to their changing surroundings. Now, with skyrocketing carbon dioxide levels in the atmosphere and intensifying climate change, some experts believe humans will evolve to better withstand the warming world.

Steve Brusatte, a professor of paleontology at the University of Edinburgh, expects humans to shrink for a better chance of survival in the face of climate change. Brusatte turned to an early species of horses, which evolved to have a smaller body size as temperatures warmed during the Paleocene Eocene Thermal Maximum, about 55 million years ago.

He noted it is “eerie” how similar the plight of the horses then and humans now are, but the similarities could give us insight into the future of human evolution.

In his book, “The Rise and Reign of the Mammals,” Brusatte points out that mammals in hotter regions tend to be smaller compared to mammals in colder regions, possibly because the smaller surface area compared to volume can help animals cool down. Brusatte has also turned to the example of Homo floresiensis, an archaic type of human that once lived in Flores, an Indonesian island, about 50,000 to 100,000 years ago. Scarce resources led these ancient humans to grow only to about 3.5 feet tall.

In a warming world, many species, including modern-day humans, could become smaller to survive.

“That’s not to say every species of mammal would get smaller, but it seems to be a common survival trick of mammals when temperatures spike pretty quickly,” Brusatte told The Guardian. “Which does raise the question: if temperatures do spike really quickly might humans dwarf, might humans get smaller? And I think that’s certainly plausible.”

A 2021 study found relationships between temperature and body size, although it also found that temperature had no effect on brain size. Still, some experts are skeptical that warming temperatures will cause humans, or even other mammals, to evolve to be smaller, noting that resource availability is more likely to have an impact.

“We are not really controlled by natural selection,” said Adrian Lister, a palaeobiologist at the Natural History Museum in London. “If that was going to happen, you’d need to find large people dying before they could reproduce because of climate warming. That is not happening in today’s world. We wear clothes, we have got heating, we have got air conditioning if it is too hot.”

Whether or not humans shrink, Brusatte says our species has been detrimental to other animals. “I think if you were a rhino, an elephant, a lion, a platypus, a koala, you probably would want humans to be gone,” he said. “But hopefully that’s not going to happen.”