How Wind Energy Can Conserve Europe's Water and Save Billions 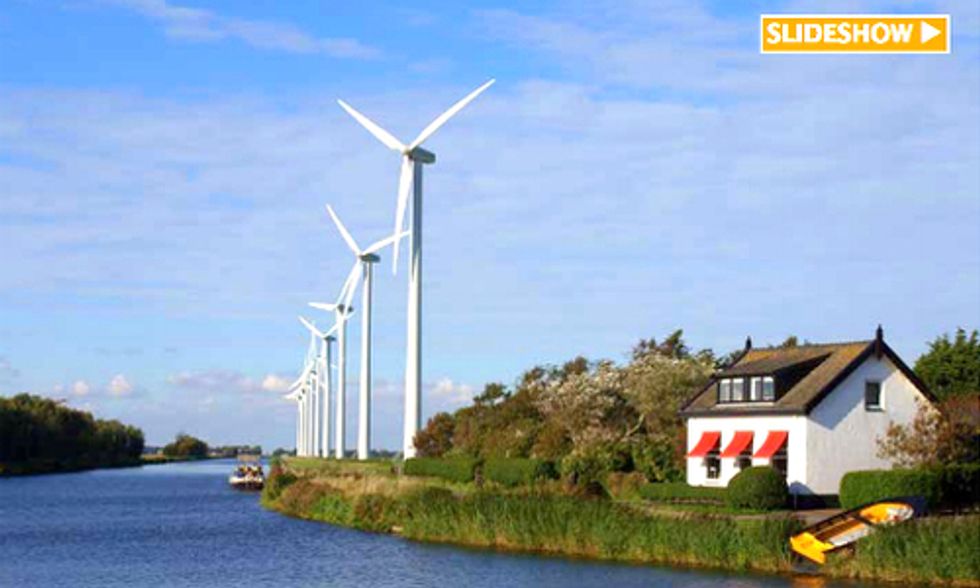 It's no secret that multiple countries within the European Union have a strong track record in onshore and offshore wind energy. However, the latest report from the European Wind Energy Association (EWEA) frames the advances of wind energy around an issue that won't disappear anytime soon—water security.

EWEA's Saving Water With Wind Energy begins with statistics from the Organization for Economic Co-operation and Development showing that 40 percent 0f the world’s population will face severe water stress conditions by 2050. That could include water pollution and scarcity. In the EU, 11 percent of the population had already been impacted by scarcity by 2007. Droughts of the past 30 years in the continent cost the U.S. equivalent of $1.4 billion.

What uses the most water in the EU? Power production to cool thermal or nuclear power plants checks in at 44 percent. Meanwhile, the EU says wind power uses virtually no water.

"Replacing thermal and nuclear power stations with wind energy is therefore a key step in the fight to conserve and protect Europe’s precious water resource and hedge against future power shortages due to water-dependent electricity production," the report reads.

"To maximize wind energy’s water protection benefits—as well as its other benefits such as fossil fuel import reduction, job creation and carbon dioxide emission reduction—the EU must put in place an ambitious post-2020 EU climate and energy framework including an ambitious binding renewables target for 2030," the report suggests.