How Money in Politics Impacts Fracking 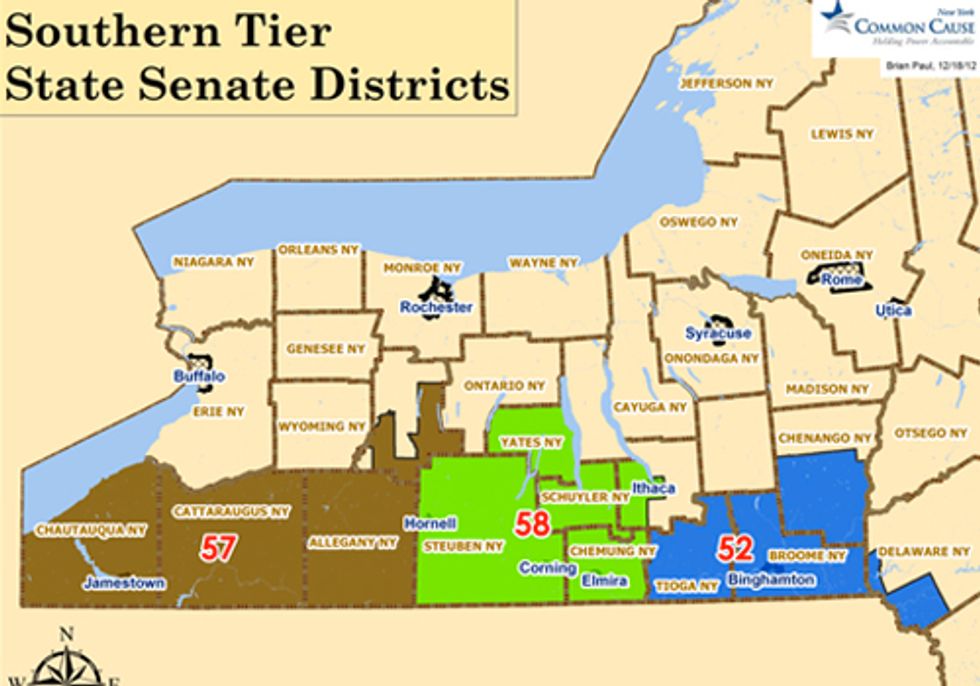 Common Cause of New York

In the 2012 election cycle, pro-fracking interests contributed a combined total of nearly $400,000 to candidates for state legislature and county executive in New York's Southern Tier.

Although incumbents uniformly prevailed, the natural gas industry and its boosters have attempted to frame these results as a "mandate" in support of fracking. The more likely analysis is that the trappings of entrenched incumbency, such as name recognition and an established fundraising apparatus, determined the outcome. However, in some cases pro-fracking contributions made up more than 20 percent of the candidate's total fundraising.

It's unclear exactly what role fracking played in the minds of Southern Tier voters. But, by examining campaign finance records, this analysis reveals the role of the fracking industry and its boosters in relation to their preferred candidates.

Common Cause/NY's analysis uses a broad definition of "fracking money" which includes the entire spectrum of industry interests and boosters rather than only the natural gas production sector, such as engineering firms, construction industry organizations, unions, law firms with oil and gas practices, freight rail and trucking interests, and other member companies and entities of pro-fracking organizations like Clean Growth Now or Unshackle Upstate. All of the interests included in this dataset are either directly involved in the business of fracking and gas field development, or on the record in support of expanding natural gas production.