How Many Dead Fish Would be Significant? 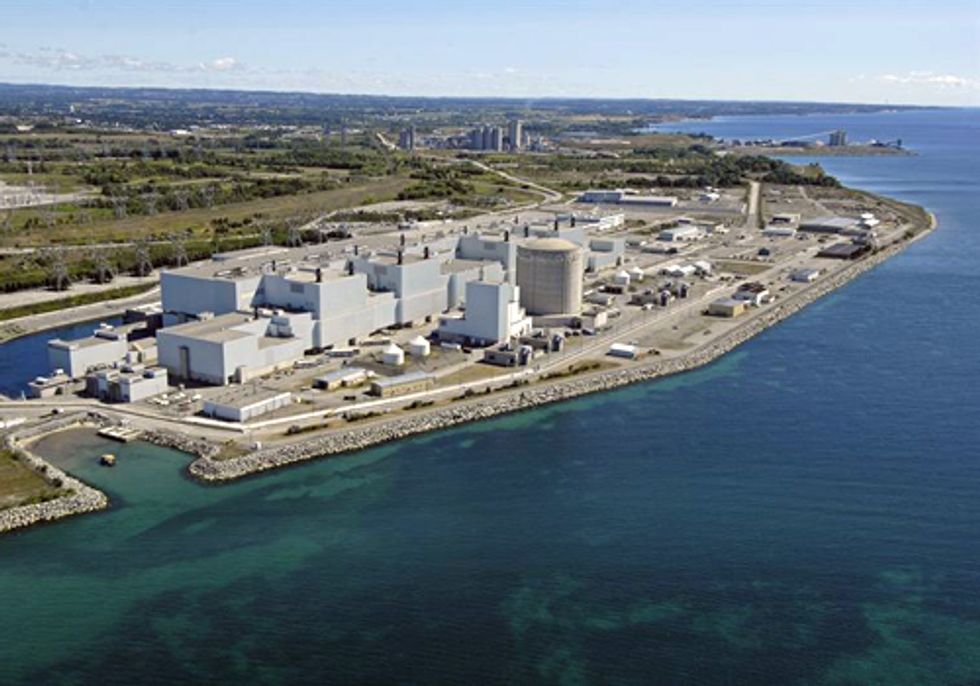 A young Waterkeeper, Mark Mattson, proudly displays his catch on Wolfe Island in the 70's.

A nuclear power plant in Ontario, Canada should be allowed to kill millions of fish each year, said staff of the Canadian Nuclear Safety Commission (CNSC). Their surprising recommendation is part of the final environmental assessment report for Ontario Power Generation’s (OPG) plan to refurbish four nuclear reactors at its Darlington Nuclear Generating Station on the north shore of Lake Ontario.

CNSC staff are asking commissioners, acting together with the Department of Fisheries and Oceans, to allow OPG to operate a “once-through” cooling system. This outdated system will suck in water from Lake Ontario to cool the nuclear reactors, then discharge warmed water back to the lake all day, every day for a half-century.

CNSC staff agree that closed-cycle cooling would protect fish, but say that U.S. rules do not apply in Canada and that a closed-cycle system “may or may not” be required some time in the future. In their view, the millions of fish, eggs and larvae destroyed at Darlington each year are “insignificant.”

“The government paid Waterkeeper’s experts to offer advice for building and regulating a cooling water system that would minimize impacts on fish and fish habitat. If they believe fish kills are acceptable, why did they bother? Why ask for information about U.S. regulatory approaches if, at the end of the day, the CNSC believes Canada has nothing to learn?” said Waterkeeper Mark Mattson. “We’re baffled.”

• Darlington Nuclear Generating Station is one of the largest nuclear power plants in North America.

• The cooling water pumps can drain an Olympic swimming pool in 15 seconds.

• Every year, tens of millions of fish, larvae and eggs are crushed or destroyed by Darlington’s cooling water system. These include swarms of small fish that are the foundation of the lake’s food chain, endangered species such as the American Eel, and commercially important and ecologically vulnerable species such as the Round Whitefish.

“It’s beyond frustrating,” said Mattson. “Waterkeeper’s experts looked at the proposal and tried to help. They showed how cooling towers could save fish and fish habitat. They came up with an affordable solution to Canada’s fish-kill problem. If CNSC staff are already convinced that killing fish is acceptable, what more do we say?”

Public submissions are due on Oct. 15. You can obtain hearing documents from the CNSC via email or download them from waterkeeper.ca.

Hearing documents from the CNSC

Visit EcoWatch’s BIODIVERSITY and NUCLEAR page for more related news on this topic.