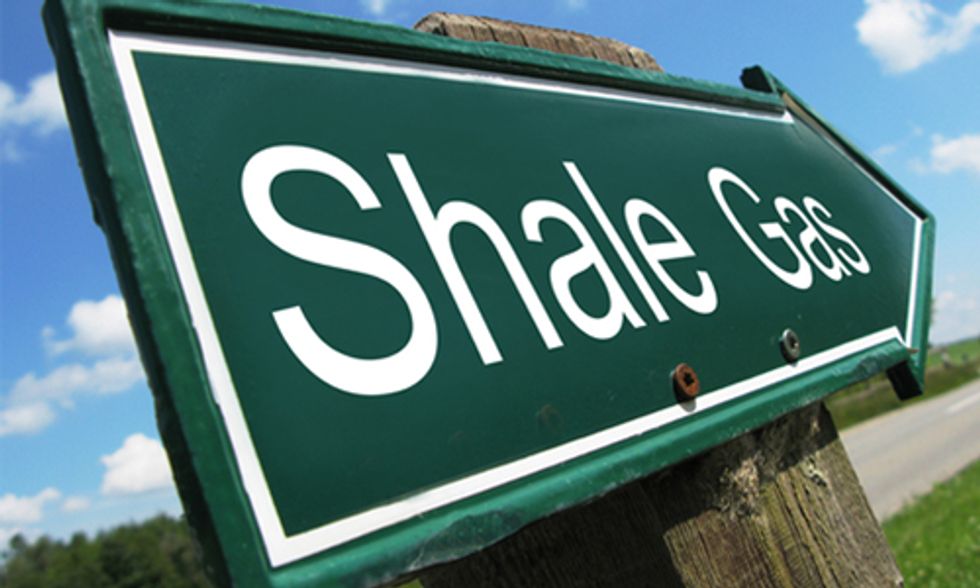 Forget, for the moment, whether you think fracking is an energy godsend or an endtimes disaster. Just consider how it’s everywhere.

In the long run, fracking will impact our lives far more than four of its fellow inductees into the Merriam-Webster dictionary this past year: Hashtags, selfies, tweeps and turduckens all have their place in society. But none touch everyone’s lives like fracking will, and already has.

There’s even a fracking angle for ESPN fans: Fracking fortunes prompted three American cities to either lose, gain, or save one of their sports teams.
Photo credit: Shutterstock

The coal industry readily admits that it’s being undercut by low natural gas prices. A growing boneyard of shuttered coal-fired power plants, and rushed plans to salvage the U.S. coal industry by creating export markets to Asia are a direct impact of the fracking boom, and a domestic oversupply of oil and natural gas.

Nuclear power is on the ropes as well. The December shutdown of the Vermont Yankee nuke plant followed other closures in Wisconsin, California and Florida. Judgment day is nearing for nukes in Ohio, Illinois and New York where cheap natural gas has made nuclear power too costly.

The huge increase in supply of fracked petroleum leaves U.S. consumers with few complaints about gasoline prices, plummeting to near $2 a gallon. Automakers, whose sales surged in December, are pleased, too. Thanks largely to the low pump prices, SUV’s, trucks, and low-mileage luxury vehicle buys led the way in the sales boom—all a little bit of buzzkill for climate action.

Has there been another energy boom that’s literally caused the Earth to move? Unprecedented numbers of small earthquakes in Ohio and Oklahoma—places with little seismic history—have been directly linked to the fracking process.

Fracking also has left a couple of craters in world politics. After his annexation of the Crimea, Vladimir Putin was said to be “living in another world” by his German counterpart, Angela Merkel. Western sanctions had an impact on Putin’s Russia, but falling world prices have put Russia’s natural gas-reliant economy in peril, and possibly returned Putin to Earth.

And OPEC, once thought to be well-insulated from world political pressure, broke with tradition in the face of falling oil prices. Led by the Saudis, OPEC in its heyday would routinely cut production to drive prices back up. This time, in an uncharacteristically Zen-like response, they didn’t bother. In a recent interview, Saudi oil billionaire Alwaleed bin Talal said we’d never see $100-a-barrel oil prices again (they’re currently less than half that).

The biggest divorce in history has helped fuel TMZ-like stories such as the mega-divorce of Mr. and Mrs. Harold Hamm of Tulsa. Harold founded Continental Resources, where he met and married a staff attorney, Sue Ann Arnall. While Continental struck it rich in the oil and gas of North Dakota’s Bakken Shale, the tycoon and the lawyer never had a prenuptial agreement. A protracted legal back-and-forth may have ended last week. The soon-to-be-ex Mrs. Hamm first rejected, then deposited, a settlement check for Nine Hundred Seventy Four Million Seven Hundred Ninety Thousand Three Hundred Seventeen and 77/100 Dollars. Arnall had threatened to hold out for much, much more, and Hamm, who was Mitt Romney’s Energy Advisor in the 2012 Presidential election, contemplated reducing the size of the payoff as plummeting gas prices cut into his fortune.

There’s even a fracking angle for ESPN fans: Fracking fortunes prompted three American cities to either lose, gain or save one of their sports teams. In 2008, an investor group including Aubrey McClendon, then-chair of Chesapeake Energy, moved the NBA’s Seattle SuperSonics to Oklahoma City, where they play in the Chesapeake Energy Arena.

And last year Terry Pegula of oil and gas giant East Resources bought the NFL’s Buffalo Bills, vowing to keep the team in Buffalo amidst wide speculation that they’d move out. A thankful New York Governor Andrew Cuomo said “God bless Terry Pegula.” Pegula, who also owns hockey’s Buffalo Sabres, made billions on the sale of his assets in the Marcellus Shale, the fracking bonanza beneath Pennsylvania, New York and other states.

Then on Dec. 17, the ever-thankful Cuomo banned fracking in New York. No word on whether he got to keep his personalized Buffalo Bills jersey, presented by Bills legend Jim Kelly (left), but this is where the story gets serious again.

There had been a six-year de facto ban on fracking in the state, put in place by Cuomo’s predecessor, David Paterson. Following Cuomo’s election to a second term, a long-awaited health study cited “significant health risks” including air and water pollution from fracking. Industry supporters, and some of the science studies on fracking, dispute this.

Beyond the quakes and pollution risks, fracking is blamed for breakneck pursuit of resources, from water supplies in parched Texas to sand mines in the Upper Midwest.

There are enormous, unanswered questions on the impact of the chemicals used in the fracking process. In the U.S., that’s due in part to the 2005 efforts by Vice President Cheney to allow fracking companies to conceal the proprietary chemical mixes they inject into the ground in the fracking process. Though some parts of this enormous loophole have been closed, frackers still enjoy exemption from key parts of the Clean Water Act, Clean Air Act and Safe Drinking Water Act.

Then, there’s the methane.

A far more potent short-term greenhouse gas than carbon dioxide, methane releases are on a roll paralleling that of fracking. A report last year by the Environmental Defense Fund projected a 4.5 percent increase in methane emissions in the U.S. over a seven-year period ending in 2018.

Look around you: In your wallet, on Wall Street, on the highway, in Congress, on the world stage, on ESPN and TMZ, and possibly in your lungs or drinking water. Fracking’s everywhere, whether you like it or not. Methane flaring at fracking sites—the burning off of excess, wasted gas—is spiking. A satellite, nighttime view of the upper Midwest shows three metropolis-sized patches of light: Chicago/Milwaukee, the Twin Cities of Minnesota and the Bakken oil fields of North Dakota. The U.S. Energy Information Administration says that one-third of North Dakota’s natural gas went “nonmarketed”—mostly burned off into the atmosphere—in 2013. The Obama Administration announced last week that it will take action on methane releases as part of its climate change efforts.