U.S. Air Force Is Spraying 6 Million Acres With Chemicals in Response to Harvey 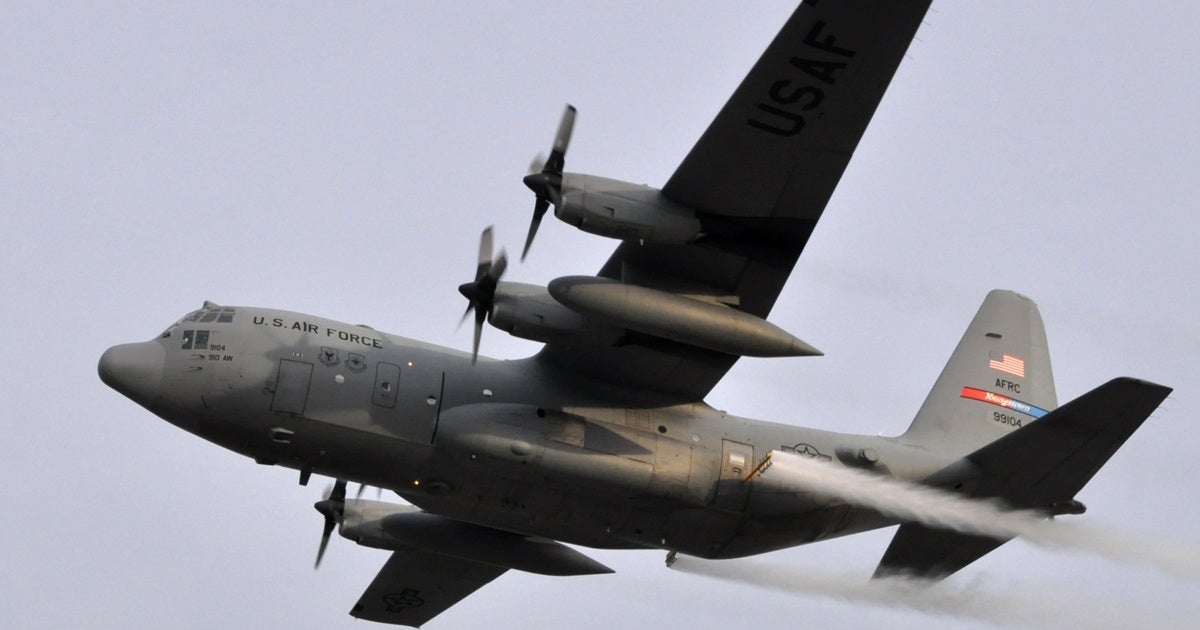 Amid statewide efforts to clean up the aftermath left by the historic flooding caused by Hurricane Harvey, the Pentagon announced last week that it had dispatched C-130H Sprayers from the Air Force Reserve’s 910th Airlift Wing in order to “assist with recovery efforts in eastern Texas.” However, these “recovery efforts” have little to do with rebuilding damaged structures or with the resettlement of evacuees. Instead, they are set to spray chemicals in order to help “control pest insect populations,” which they allege pose a “health risk to rescue workers and residents of Houston.”

The Pentagon has requested that the planes treat more than 6 million acres throughout the Houston area. The Air Force noted that the current effort is “expected to significantly surpass previous [spraying] missions in scope,” specifically the spraying campaigns that followed Hurricanes Katrina and Rita.

Naled’s Toxicity Not Confined to Mosquitoes

While the Pentagon has framed its efforts to “assist” as seeking to eliminate a potential human health risk, the particular chemical it is using to control insect populations is likely to do more harm than good. According to the Air Force, the mosquito control protocol involves spraying the “Environmental Protection Agency (EPA) approved and regulated material, Naled,” which the Air Force insists will not be used in amounts large enough to “cause any concern for human health.”

However, the insecticide Naled, manufactured and sold by a strategic partner of Monsanto, is currently banned in the European Union due to the “unacceptable risk” it presents to human health.

Naled is a known neurotoxin in animals and humans, as it inhibits acetylcholinesterase—an enzyme essential to nerve function and communication—and has even been known to have caused paralysis. Mounting scientific evidence, including a recent Harvard study, has also pointed to Naled’s responsibility for the mass die-off of North American bees. Just one day of Naled spraying in South Carolina killed more than 2.5 million bees last year.

Yet, the most concerning consequence Naled poses for human health is the chemical’s ability to cross the placental barrier—meaning that Naled freely crosses from mother to fetus. A study conducted at the University of Oslo found that Naled’s breakdown product, dichlorvos, caused a 15 percent decrease in the brain size of newborn guinea pigs when their mothers were exposed to Naled for only three days during pregnancy. Doctors from Puerto Rico have also claimed that Naled harms fetuses.

Studies in the U.S. have also shown that pregnant women exposed to Naled had a 60 percent higher chance of having a child with an autism-spectrum disorder.

This is especially troubling given that the manufacturer of Naled, Sumimoto Chemical Corp., is also the manufacturer of the mosquito larvicide SumiLarv, a chemical now believed to have been the real culprit behind the spike in birth defects in Brazil originally attributed to the Zika virus.

At the height of the Zika scare, a group of Argentine doctors, Médicos de Pueblos Fumigados, published a report citing a pesticide used to kill mosquito larva as the real cause of the birth defects. According to the report, the area where most of the affected Brazilian families live, Pernambuco, had its drinking water treated for 18 months with a chemical larvicide that produces fatal birth defects in mosquitoes.

Pernambuco subsequently reported more than 4,000 cases of microcephaly in 2015. In contrast, in Colombia, public health officials diagnosed more than 17,000 pregnant women with Zika last year, yet only 18 cases of Zika-associated microcephaly were reported—less than 0.2 percent of the total.

In addition, the Air Force’s characterization of Naled as an “EPA approved and regulated material” omits the important fact that the EPA is currently re-evaluating the chemical for safety. According to the EPA’s website, “the EPA expects to issue new human health and ecological risk assessments for Naled before the end of 2017.” Scientists and concerned citizens have noted that Naled will likely be banned as the EPA found it to harm 22 out of 28 endangered species exposed to it.

Agrochem Corp Pressures to Keep Naled on the Market

However, political pressure could keep it on the market. Such pressure was manifest in last year’s “Zika Vector Control Act,” which passed the House but failed in the Senate and narrowly missed becoming law. If it had been passed, the act would have exempted mosquito-control operations from environmental regulations and would have kept Naled on the market regardless of the EPA’s decision. It also would have ended monitoring of and limits to pesticide use.

Though the act ultimately failed to become law, there will likely be another effort at preventing the chemical from being banned by the EPA. It is currently “one of the most widely used pesticides in the United States for aerial mosquito control” and has been applied to “about 16 million acres per year in the continental United States.”

Given its wide use, the chemical’s manufacturer and its strategic partner Monsanto will likely want to keep such a profitable product on the market, lest they face a mass drop in sales and revenue.