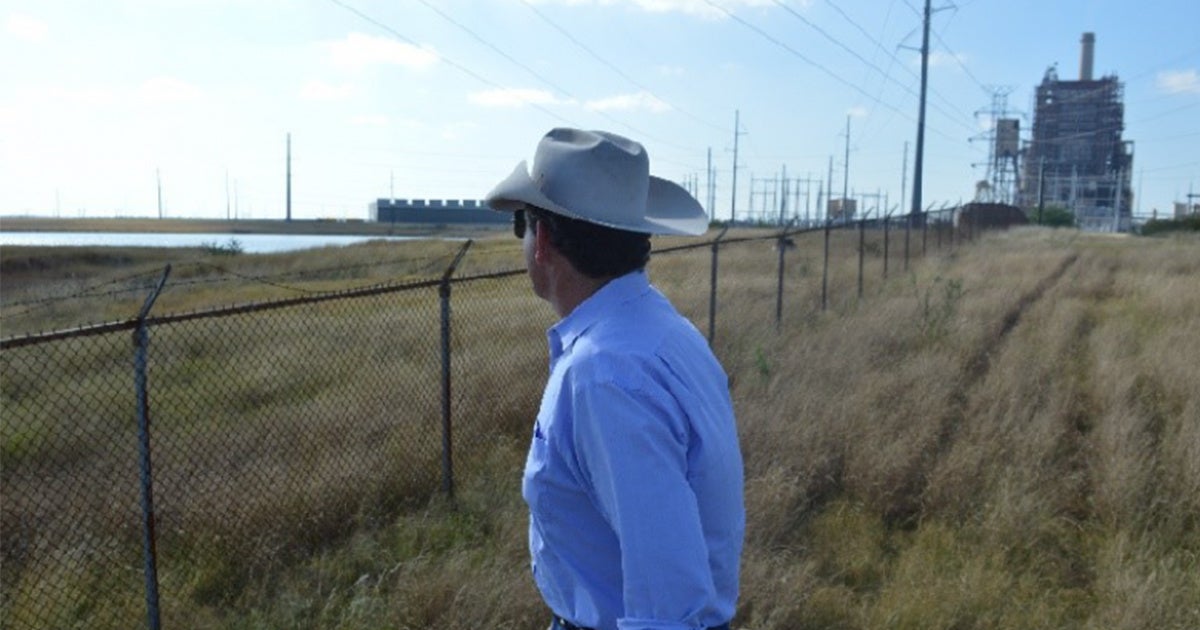 The San Miguel Power Plant, the groundwater beneath a family ranch is contaminated with at least 12 pollutants leaking from coal ash dumps at concentrations more than 100 times above safe levels. Ari Phillips, Environmental Integrity Project

An examination of monitoring data available for the first time concludes that 91 percent of U.S. coal-fired power plants with monitoring data are contaminating groundwater with unsafe levels of toxic pollutants.

The study by the Environmental Integrity Project, with assistance from Earthjustice, used industry data that became available to the public for the first time in 2018 because of requirements in federal coal ash regulations issued in 2015.

The report found that found that the groundwater near 242 of the 265 power plants with monitoring data contained unsafe levels of one or more of the pollutants in coal ash, including arsenic, a known carcinogen, and lithium, which is associated with neurological damage, among other pollutants.

“At a time when the Trump EPA — now being run by a former coal lobbyist — is trying to roll back federal regulations on coal ash, these new data provide convincing evidence that we should be moving in the opposite direction: toward stronger protections for human health and the environment,” said Abel Russ, the lead author of the report and attorney with the Environmental Integrity Project (EIP).

“This is a wake-up call for the nation,” said Lisa Evans, senior counsel with Earthjustice. “Using industry’s own data, our report proves that coal plants are poisoning groundwater nearly everywhere they operate. The Trump Administration insists on hurting communities across the U.S. by gutting federal protections. They are making a dire situation much worse.”

The data came from more than 4,600 groundwater monitoring wells located around the ash dumps of 265 coal-fired power plants, which is roughly three quarters of the coal power plants across the U.S. The rest of the plants did not have to comply with the federal Coal Ash Rule’s groundwater monitoring requirements last year, either because they closed their ash dumps before the rule went into effect in 2015, or because they were eligible for an extension.

Many of the coal ash waste ponds are poorly and unsafely designed, with less than 5 percent having waterproof liners to prevent contaminants from leaking into the groundwater, and 59 percent built beneath the water table or within five feet of it.

The report lists and ranks the sites across the U.S. with the worst groundwater contamination from coal ash. Below are the “Top 10” most contaminated sites, according to the monitoring data reported by power companies in 2018:

The researchers of this report could not determine the safety of drinking water near the coal ash dumps analyzed in this study because power companies are not required to test private drinking water wells.

However, the report contains examples of several well-documented instances of residential tap water contaminated by coal ash. For example:

Additional examples of contamination of residential drinking water outlined in the report are in Indiana, Illinois, Maryland, Pennsylvania, Tennessee and Wisconsin and North Carolina.

“This report is yet another example of why we must require full cleanup of these unlined and leaking coal ash pits,” said Amy Brown, a resident of Belmont, North Carolina, who lives near coal ash waste sites of the Duke Energy Allen Steam Station.

“The findings of this report are disturbing, but unfortunately not surprising,” said Jennifer Peters, National Water Programs Director for Clean Water Action. “For decades, coal utilities have been dumping their toxic waste in primitive pits — often unlined, unstable and near groundwater — while state and federal regulators have mostly looked the other way. These dangerous coal ash ponds should have been closed and cleaned up years ago.”

The report details steps that EPA should take to more effectively protect public health and the environment from coal ash pollution. A more successful regulatory program would: regulate all coal ash dumps, including those that are inactive; require the excavation of dumps within five feet of the water table; require more monitoring, especially of nearby residential wells and surface water; and mandate more transparency and public reporting.