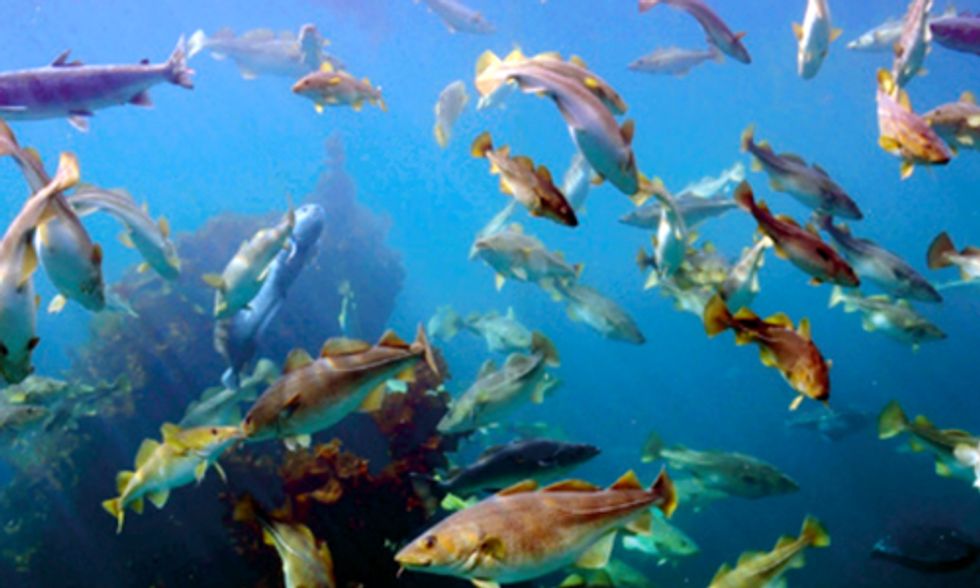 Some of the world's largest seafood and fishing companies committed Wednesday not to expand their search for cod into a large, previously ice-covered area of the northern Barents Sea. The area is twice the size of France. The group includes McDonald’s, Tesco, Iglo, Young’s Seafood, Icelandic Seachill, Russian Karat Group, Fiskebåt—representing the entire Norwegian oceangoing fishing fleet and Europe’s largest processor of frozen fish, Espersen.

The ground-breaking agreement brokered by Greenpeace marks the first time the seafood industry has voluntarily imposed limitations to industrial fishing in the Arctic. This means that any fishing companies expanding into pristine Arctic waters will not be able to sell their cod to major seafood brands and retailers.

Currently there is no specific legal regime in place to protect Arctic areas that were previously covered by sea ice. The challenge is now on the industry to properly implement this new commitment and ensure their products are not linked to Arctic destruction.

“Today, McDonald’s, Espersen, Young’s Seafood and Iglo, Findus and Birds Eye and many more have taken action together with the fishing industry to safeguard a huge marine area in the Arctic," Greenpeace campaigner Frida Bengtsson said. "In the absence of significant legal protection of the icy waters of the northern Barents Sea, this is an unprecedented step from the seafood industry."

In March, Greenpeace investigations revealed how the melting Arctic sea ice has made it possible for large, bottom trawlers to venture into previously ice-covered "ecologically significant" areas. The report exposed how global, well-known food brands and retailers buying cod from the Barents Sea risked having their supply chain tainted with Arctic destruction.

The region, which includes the Svalbard archipelago, also known as the "Arctic Galapagos," is home to vulnerable animals including the polar bear, bowhead whale and Greenland shark. At least 70 percent of all the Atlantic cod that ends up on dinner plates around the world is from the Barents Sea as such.

“This voluntary and unprecedented move by the seafood industry highlights the lack of political ambition so far to protect the Arctic. Now it’s up to the Norwegian government to catch up with the companies and protect the Arctic for the long term,” Bengtsson said.

Greenpeace is calling on the Norwegian government to protect this truly unique and vulnerable area in the Norwegian Arctic waters and acknowledge the growing resistance to reckless exploitation of the fragile Arctic environment, not only from millions of individual people but also from the corporate world. Norway is internationally obliged through the UN Convention on Biological Diversity to protect at least 10 percent of its marine areas by 2020, but is falling drastically short with less than 1 percent protected so far. As part of an ongoing political process, on May 23 the Norwegian parliament asked the Norwegian government to come up with a plan for marine protection.

The statement from the fishing industry comes weeks after Arctic sea ice hit a record low maximum extent for winter. With the extreme loss of sea ice, large areas of water are left open for longer periods and the need for legal protection to replace the protective ice-shield is urgent.

The challenge for these companies is now to deliver on their commitment to Arctic protection and show real results out on the water. The world’s eyes are on the Arctic. This summer, the Greenpeace ship Arctic Sunrise will go to the Arctic to keep watch over the areas now off limits to ensure that the fishing industry meets these commitments.