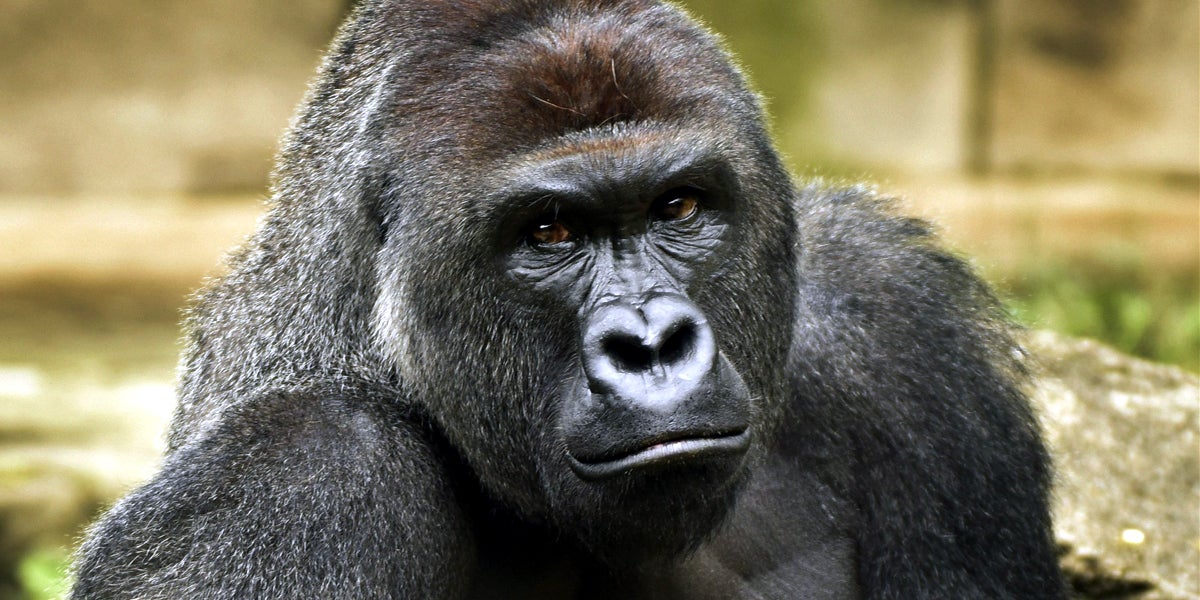 Grauer’s gorilla (Gorilla beringei graueri), a subspecies of eastern gorilla, the world’s largest ape, and confined to eastern Democratic Republic of Congo, has been listed as Critically Endangered on the IUCN Red List of Threatened Species. The announcement was made at the IUCN World Conservation Congress currently underway in Hawaii.

The IUCN Red List classifies species of the world and documents the threats they are facing. It is recognized as the global standard on the conservation status of species. Critically Endangered status means that a species is considered to be facing an extremely high risk of extinction.

The new designation follows a report earlier this year released by Wildlife Conservation Society (WCS) and Fauna & Flora International (FFI) that showed a shocking collapse of Grauer’s gorilla numbers due to illegal hunting and civil unrest.

“We are grateful that IUCN and the Species Survival Commission Primate Specialist Group have accepted our recommendations to upgrade the listing of Grauer’s gorilla,” Andrew Plumptre, lead author of the revised listing, said. “Critical Endangered status will raise the profile of this gorilla subspecies and bring attention to its plight. It has tended to be the neglected ape in Africa, despite being the largest ape in the world.”

Few Grauer’s gorillas exist in captivity and if this ape becomes extinct in the wild it will be effectively lost forever. This listing also means that the two gorilla species (eastern and western gorillas) and four gorilla subspecies (two for each species) are all Critically Endangered.

The WCS and FFI surveys documented that Grauer’s gorilla has declined by at least 77 percent over the past 20 years using three methods of estimation; the other methods estimated up to a 94 percent decline at specific sites where they have been monitored over time. A decline in 80 percent over the time span of three generations leads to a listing of Critically Endangered status. Twenty years is considered to be only one generation time for these gorillas as they are a long-lived ape.

One of our closest relatives is going extinct and humans are entirely to blame https://t.co/WNWLWpkux8 #IUCNCongress pic.twitter.com/RjStyWP1xZ

These apes are therefore declining very rapidly across their range. Only one site, the highland sector of Kahuzi-Biega National Park, has shown an increase over the past 15 years where resources have been invested to protect these apes from hunting. These results have just been accepted for publication in PLoS One, an open source and peer reviewed scientific journal.

The main cause of the decline is hunting for bushmeat, which is taking place around villages and mining camps that have been established by armed groups deep in the forests in eastern DR Congo. The mines are set up in remote areas to provide the financing for weapons to continue the armed struggle by these groups. Being deep in the forest to avoid detection, they are also in the areas where gorillas have tended to survive because of the remoteness and distance from villages and roads. There is no agriculture in these sites, so the miners/rebels can only subsist off bushmeat and gorillas provide more meat than most species per shotgun cartridge and can be tracked fairly easily because they are mainly terrestrial and move in a group, making them particularly vulnerable to hunting.

“The data used to estimate this decline came from park rangers of the DR Congo protected area authority ICCN as well as local communities which are entered in software called SMART (Spatial Monitoring And Reporting Tool),” said WCS DRC project director Deo Kujirakwinja. “It shows the value of such monitoring databases once established and it is vital they continue to be supported to allow us to continue to monitor the gorillas in future.”

“The survey results helped us to identify critical sites for the conservation of the remaining gorillas,” Richard Tshombe, WCS’s country director for DR Congo, said. “We have already started engaging communities in one area to protect the gorillas in the Punia Gorilla Reserve, and we continue to support their conservation in Kahuzi-Biega National Park. In addition, we helped establish the Itombwe Reserve in June 2016 which protects a second important population.”

With this new listing, both species and all four subspecies of gorilla (Grauer’s, western lowland, Cross River and mountain gorilla) are now considered Critically Endangered; and WCS is working to improve their conservation status across Africa.

“Overall, this study has startling news—based on data gathered in very difficult and challenging circumstances,” he However, the positive news from Kahuzi-Biega National Park is a beacon of hope. It demonstrates that if we continue to invest in conservation of this gorilla, we can make a difference. This is a wake-up call that demands more investment to support conservation in the field if we are to save this species.”