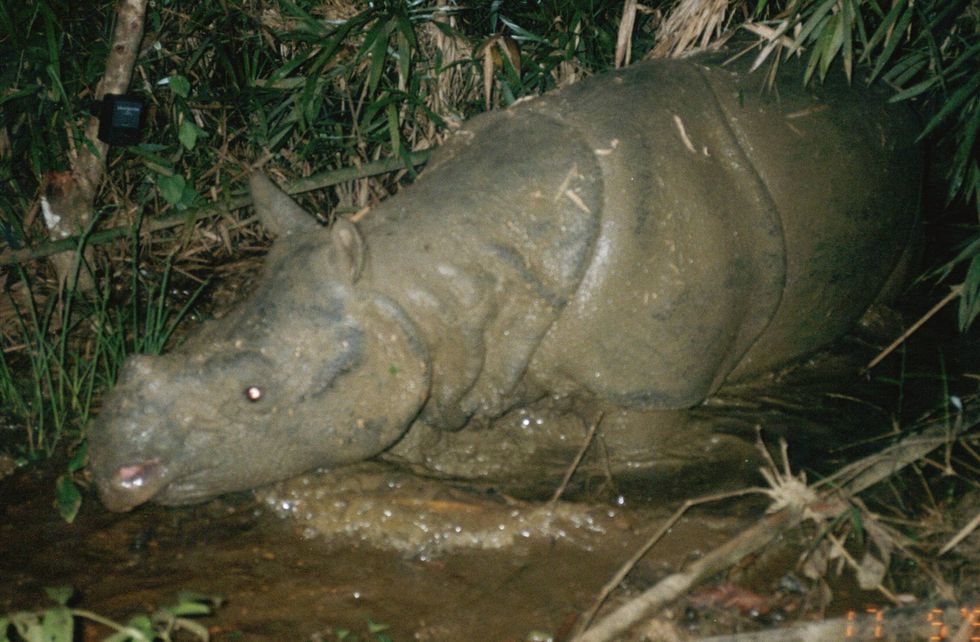 World Wildlife Federation (WWF) and the International Rhino Foundation (IRF) confirmed the extinction of the Javan rhinoceros in Vietnam Oct. 25, 2011.

• Poaching was likely the cause of death. The last rhino was found with a bullet in its
leg and its horn removed.

• Ineffective protection by the park was ultimately the cause of extinction.

• Illegal hunting for wildlife trade continues to threaten many species in Vietnam including the tiger, Asian elephant and saola.

The Javan rhinoceros was believed to be extinct from mainland Asia, but in 1988 one was hunted and lead to the discovery of a small population.

In 2004, a survey conducted by WWF, Cat Tien National Park and Queen’s University in Canada revealed at least two rhinos were living in the park. The report suggests that one of the individuals was lost between then and the beginning of WWF’s survey in 2009.

Hope for Javan Rhinos in Indonesia

There are still Javan rhinos left in the wild. As few as 40 critically endangered rhinos live in a small national park in Indonesia. The protection and expansion of this remaining population is crucial for the survival of the rhinos.

WWF is working to:

• Establish a second population through translocation, which establishes different populations of a species in more than one area

How You Can Help

• Support our work to save the remaining Javan rhinos