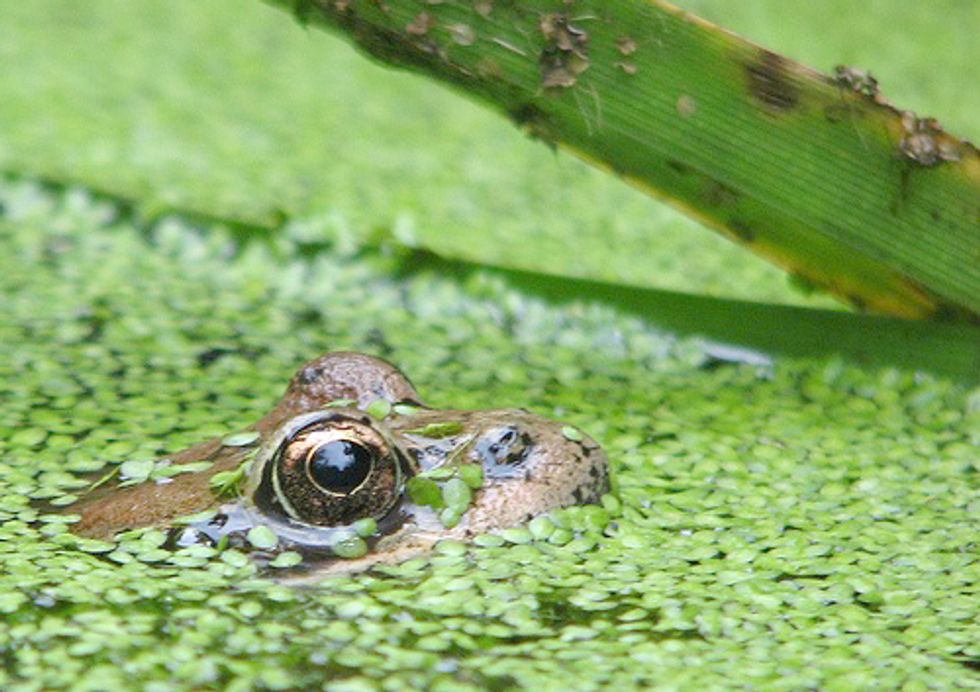 Conservation groups asked for a court order on March 2 that will hold the San Francisco Recreation and Parks Department accountable for illegal activities at Sharp Park Golf Course, just weeks after the department was caught killing threatened California red-legged frogs there for a second year in a row. The recent killings were extensively documented by San Francisco State University biology students over several weeks of observation during this year’s short, exceptionally dry winter frog-breeding season.

“Interfering with an endangered species’ breeding activities is not only illegal, it is unethical,” said Brent Plater, executive director of the Wild Equity Institute. “We intend to see that this conduct is fully prosecuted, and have asked wildlife agencies to ensure the entities responsible never play god with endangered wildlife again.”

To make matters worse, the golf course’s employees or contractors appear to have tampered with evidence of Endangered Species Act violations by moving stranded frog eggs to another pond, even though federal wildlife officials had expressly warned them not to do so. Photos documenting the illegal water pumping, stranding and moving of frog egg masses can be seen here.

This is the sixth winter over the past decade the department has killed protected frogs by draining Sharp Park’s wetlands in a failed attempt to prevent frogs from breeding in their historic ponds. When this strategy fails, the Department relocates stranded eggs, putting them in jeopardy, so the frog’s breeding cycle will not inconvenience course management. The March 2 court filing asks for an immediate order holding all responsible parties liable for this illegal activity.

“The golf course’s so-called “compliance plan” for endangered species has failed yet again—and more imperiled frogs are dead because of it,” said Jeff Miller of the Center for Biological Diversity. “It’s clear the department has no intention of complying with the law or permits unless it’s punished. Friday’s motion should ensure this happens.”

“These actions of the San Francisco Parks Department at Sharp Park are really outrageous,” said Arthur Feinstein, chair of the Sierra Club. “The Park Department is already being sued for violations of the Endangered Species Act and were told by the Fish and Wildlife Service that they may not move frog eggs, yet that’s just what they’ve done. We expect more respect for environmental laws from our city agencies.”

After conservation groups provided evidence of the department’s unlawful activity, the Fish and Wildlife Service last year notified the golf course that it was specifically prohibited from handling or moving frog egg masses at Sharp Park. The service also denied the department’s request to drain wetlands and dredge lagoons at Sharp Park, which the department euphemistically referred to as “habitat management and scientific studies.” Water pumping, dredging and other activities harmful to frogs can only occur if the department obtains an Endangered Species Act “incidental take” permit, which it has failed to obtain to date.

While the service did authorize the department to conduct surveys for frogs and egg masses, the biological consultant the city hired to conduct these surveys was working with an expired permit. Even when valid, the permit expressly prohibited “harassing” or moving frog eggs.

The city-owned golf course at 400-acre Sharp Park in Pacifica is plagued by crumbling infrastructure, annual flooding problems and ongoing environmental violations. More than three dozen San Francisco community, recreation, environmental and social-justice groups have called for closing the golf course and creating a more sustainable public park at Sharp Park. A 2011 peer-reviewed scientific study by independent scientists and coastal experts concluded that the most cost-effective option for Sharp Park is to remove the golf course and restore the functions of the original natural ecosystem, which will also provide the most benefit to endangered species.

The Park Department has refused to consider this option, and is instead pursuing a plan that would evict endangered species from the site, bail out the golf course’s financial problems with tens of millions of dollars of taxpayer money, and continue San Francisco’s liability for fines for Endangered Species Act violations. The San Francisco Board of Supervisors passed legislation in December 2011 to prevent this from happening, but Mayor Ed Lee, an avid golfer, vetoed the legislation. Further action by the board of supervisors is expected this year.